by Jonathan Peter Wilkinson on September 14, 2017 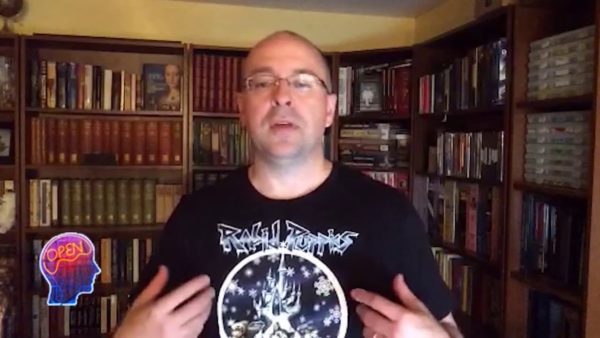 The law is an ass. It emasculates men who would otherwise be thriving in a state of nature, so that men who could not survive in nature can feel confident enough to serve in their repetitive roles.

Men tend to be closers. By that I mean we typically, as a gender, want to seek solutions to conundrums. Drama results in anxiety, which results in bad behavior. You would almost have to live in a world where Gab.ai does not exist to not have seen a recent example of this play out. The Andrew Anglin vs Vox Day ego battle reminds us all why dueling unto the death was the right and proper way to restrain toxic masculinity. It does for male public behavior what a caring dad with a well-oiled white shotgun did for masculine sexual morality in teenage years.

Dueling appears to the contemporary as about the most brutal and animalistic way of settling disputes. It was actually quite the opposite. It served to civilize. It was aimed at stopping the constant escalation of feuds from The Capulets vs. The Montagues to The Hatfields vs. The McCoys. Two men, a plaintiff and a defendant, chose their weapons, came with their seconds, and then got in on and fought until one man surrendered or died. The resulting outcome squashed the beef. Might didn’t make right, fair or just. It made something better. It made over. Things got resolved and everyone else’s life went on. Drama took place onstage at The Globe Theater.

Dueling was the product of an older, perhaps better, definition of honor. In the South Seas Islands, honor was described as the sound of a man’s name. This meant what thoughts came to your mind when one person spoke the name of another. If good or positive connotations came to mind, the individual spoken of was held in high esteem and was treated well. If not so good connotations came to mind, the individual in question would suffer from being held in low esteem by everybody he lived around. Honor was a valuable possession. An intangible form of wealth. A good name was a social, financial and sexual asset in this sort of society. A bad name held a man back from all three. This version of honor held in societies throughout much of the world.

This made bad-mouthing a terrible thing. The Catholic Church made Scandal a sin as a way to make church membership a valuable asset. An honor insurance policy so to speak, against the personal depredations of others. The Catechism of The Catholic Church describes scandal this way:

You shall not bear false witness against your neighbor.
It was said to the men of old, “You shall not swear falsely, but shall perform to the Lord what you have sworn.”

The eighth commandment forbids misrepresenting the truth in our relations with others. This moral prescription flows from the vocation of the holy people to bear witness to their God who is the truth and wills the truth. Offenses against the truth express by word or deed a refusal to commit oneself to moral uprightness: they are fundamental infidelities to God and, in this sense, they undermine the foundations of the covenant.

The church so endeavored in order to prevent the spread of vendetta. Beginning with the Sermon on the Mount, Christian Pacifists have looked for methods of staving off and defusing vendettas between families. Much of the reasoning had to do with not just the welfare of the families involved. It also involved the commonweal of all those who lived and worked near where all the fireworks went off. Only the absence of vendetta prevents the collateral damage the comes with it.

When faith didn’t carry the day, chivalry and social custom intervened to solve the same problem. Honor could be damaged and offense could be given by anyone who chose to disregard their faith and even the saved remain sinners who will fall short of the grace of God. The duel became a mechanism to redress damaged honor. The party perceiving offense would demand satisfaction. Satisfaction could take two forms. A retraction with a humble apology or an agreement to meet and settle the issue like men of valor and vim.

In the case of Anglin and Vox Day, both men perceive slights. Vox has referred to Anglin as a retard and a false believer in Rightist politics and philosophy. Calling him a retard wasn’t good enough to justify any legitimate demand of satisfaction. I get called one by my lovely wife every other day. It’s just not a big deal if you are comfortable in your own skin. Calling Anglin a fraud is a legitimate prelude to scandal. Fraud is an actual moral defect, and that impugns a man’s honor.

Day has legitimate causus belli against Anglin. Calling someone a known pedophile is reprehensible on levels I would not care to dig far enough into the ground to reach. Some of the meme warfare against Vox Day legitimately belongs in a landfill somewhere. So it’s all pretty simple. Mr. Anglin, Mr. Day, sharpen your effing cutlasses and get it on. We the rest of the Gab Community may or may not exercise our collective option to shoot whichever of these two shaved monkeys crawls off The Plain of Mars still breathing. That or put on the Big Boy Pants and shut both of your sorry yaps about it.

Yet here is where modern emasculatory lawfare renders us castrati not men. A poor decision was made that men should stop killing one another in duels. Thus, The United States ultimately banned dueling. An even poorer decision was made that the government should become the ultimate justiciar of lost honor. This was made possible through the enactment of Defamation Laws that sought to ban both libel and slander.

This brings us to where we all want Free Speech without consequence and therefore are living a contradiction. We all like to think we can say what we want, where we want and that nobody should be able to shut us down. This obviously isn’t what we want when someone malicious and untoward starts talking about us. The redress of this insult through legal means is a complicated, messy process that often ends up like the contested inheritance in the Charles Dickens novel Bleak House. Taking this route makes the plaintiff a potential menace to anyone standing in his vicinity.

In the Day vs. Anglin dust-up, Day has decided to lawyer up and start getting people on Gab doxxed so that he can file some rip-ass defamation of character suits. Angry men act angrily. Anglin and his buddies went into the gutter to insult Vox Day. But then again, Day did call Anglin an ideological fraud. Ideologues tend to take that sort of thing as an affront to their sacred honor. It’s like telling a priest that you believe he’s kinda-sorta just kidding about the whole Jeebus Thing.

Angry men also act without consideration for others. I’m reminded immediately of what happened when CNN doxxed HanAssholeSolo and got the wrong hole. I’m also reminded that other people like having use of the platform without stray drama from jousting primadonnas who look quite ugly in their garish ballet tights. (I hope that wasn’t too defamatory, children.) Muting them both and several of their most obnoxious knob-slob fan boys (oops, more crass defamation) only goes so far to avoid the toxic spillage.

In conclusion, I urge both Day and Anglin to go settle this affair on your own time and your own dime. Let the best man win and let the rest of us who just wish you’d both go somewhere else to fornicate off and die be left in peace. Even the “winner” of this Middle School ego-dick pissing contest is a damaged good who will offer less value and substance to the Rightist cause of social renewal and rejuvenation going forwards. For the sake of the adults in the room, knock it the heck off.