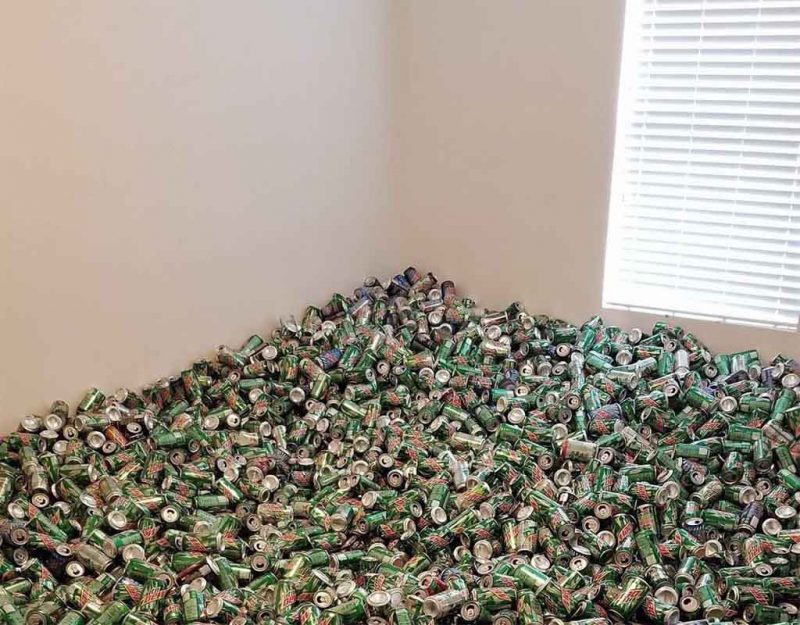 The Left likes to tell us that history runs in cycles and therefore, we should prepare for whatever good things we have to die and be replaced with something “new,” forgetting that a cycle by definition alternates between order/sanity and disorder/insanity.

For example, every fall I have to clean the gutters, which fill up with various seed bracts, twigs, dead bugs, and leaves. Over the last year, I have of course forgotten my method, which involves a rake, hose, and trowel in a complex pattern.

This means that each fall starts with getting up on a ladder, doing it wrong a few dozen times until I rediscover the basics of my method, then about halfway through finally understanding it, making the last half a snap. I cycle from disorder to order, and then forget, needing to discover order again.

Hegel says that history occurs through a process of thesis, antithesis, and synthesis, but this seems to me more how humans think. Try it one way, then another, then settle on something somewhere between the two. Not a perfect compromise, as he implies, but a mixture.

To my mind, it seems more likely that we have cycles instead of a linear pendulum or zig-zag path. We learn how to do something, then forget, then struggle to discover what it was that we once knew. Certainly many things have been forgotten in the fall of great empires.

During this process, we have to let ideas run their course. We try something for awhile, and then figure out at some point that this is a wrong path, so we double back to where we started on that path, and choose another.

Leftism is running through this cycle, much like Communism, National Socialism, and Fascism before it. We had to adopt it to see how well it worked, and it turned out that it did not achieve its goals, but also brought us a blighted dystopia when we could have done functional things instead.

Vladimir Putin recently spoke up about the fall of Leftism as a consequence of people losing faith in the fanatical quest required to “prove” that its ideology actually functions:

Liberal ideas about refugees, migration and LGBT issues were now opposed by “the overwhelming majority of the population”, he told the FT.

Even some Western powers had privately admitted that multiculturalism was “no longer tenable”, he said.

“Clearly the kind of liberal order we had until 2008 is in trouble,” Michael Cox, a professor of international relations at LSE, tells the BBC.

He says that the financial downturn in 2008 was a “major turning point”, and globalisation and the fact that “markets were allowed to determine everything” also brought about “larger questions of identity and culture, with people feeling that their country is no longer their own”.

Putin makes a good point, and it is tied to the point that Cox makes. Leftism took over our societies and turned them into tools for achieving ideological ends, namely equality. Diversity programs came out of this, and those erased our culture, at which point all we had were:

Where society used to consist of many layers, those had to go with the advent of multiculturalism, because if you are going to accept all cultures, you cannot have any particular culture, only the neutral institutions of bureaucracy, commerce, and government.

During the last couple of centuries, the Leftist ideal of egalitarianism has replaced culture, heritage, customs, faith, and even the family.

Putin knows from the Communism experience that diversity cannot work. The Soviets tried to integrate their different republics, found that this worked even worse than regular Communism, and abandoned the project in favor of a Russian identity.

This happened mostly during the 1980s, just as they were about to fall. Possibly the extra cost of diversity killed them. We know that the cost of socialism, which runs the economy from a central authority and distributes money on an ideological basis, took wealth out of the economy. Perhaps diversity took even more, and that was the straw that broke the camel’s back.

Our feel that “markets run everything” is not capitalism, as witless Leftists suggest and clueless conservatives bleat-repeat, but the absence of culture. In order to be egalitarian, we had to get rid of social class and ethnicity, and with that, we lost the culture specific to our ethnic groups.

Putin elaborated by saying that Leftist ideology deviated from the need to have a normal life and that, as a result, it was making people miserable:

“The liberal idea has started eating itself,” Putin said at a news conference. “Millions of people live their lives, and those who propagate those ideas are separate from them.”

He also charged that the influx of migrants to Europe has infringed on people’s rights. “People live in their own country, according to their own traditions, why should it happen to them?” Putin said.

He said that “our attitude to the LGBT community is absolutely calm and unbiased,” but added that “this part of community aggressively enforces its point of view on others.”

As we hear often, our elites are out of touch with what their people need. Most of them are unelected bureaucrats, relying only on their educational and financial success to prove that their theories are workable, and they all tend toward the idea that society should exist to create equality.

This philosophy came out of the French Revolution, which was itself based on Enlightenment™ ideals of individualism and the utilitarian, universalist society required to support it. From that came the idea of the state as guarantor of equality.

In America, that became civil rights in the 1860s, where government promised to smash down anyone who did not treat all citizens equally.

Europe went further into the socialist experiment, which insisted less on civil rights and more on a cradle-to-grave safety net whereby government took money from the productive to subsidize the elderly, sick, weak, poor, and unproductive.

The two converged in America and Germany in the 1930s. FDR and Adolf Hitler were not as far apart as people like to think; both believed in a subsidy state, geared toward ideological goals, which ultimately required war to hold itself together.

This echoed the French Revolution, which overthrew the kings and promptly impoverished the nation, requiring another century of warfare to keep itself stable.

Experienced readers here will note that I refute all of these with a form of extreme realism known as nihilism, and add to that the conservative formula of conserving the best of all time, or a striving for excellence.

That in turn leads to traditionalism, or knowledge that there is a point in the cycle where everything works and we need that understanding, and futurism, or the idea that we must be oriented toward accomplishment instead of internal bickering over wealth and power.

Putin stated something that few are willing to face at this point: the Leftist experiment has failed. It did not achieve equality, but its opposite; it brought about crises because it is unrealistic; and perhaps worst of all, it used up time and energy we could have applied to actually functional ideas.

Consider how the 1960s were described to us as a coming Utopia:

It will not be like revolutions of the past. It will originate with the individual and with culture, and it will change the political structure only as its final act. It will not require violence to succeed, and it cannot be successfully resisted by violence. It is now spreading with amazing rapidity, and already our laws, institutions, and social structure are changing in consequence. It promises a higher reason, a more human community, and a new and liberated individual. Its ultimate creation will be a new and enduring wholeness and beauty—a renewed relationship of man to himself, to other men, to society, to nature, and to the land.

This is the revolution of the new generation. Their protest and rebellion, their culture, clothes, music, drugs, ways of thought, and liberated life-style are not a passing fad or a form of dissent and refusal, nor are they in any sense irrational. The whole emerging pattern, from ideals to campus demonstrations to beads and bell bottoms to the Woodstock Festival, makes sense and is part of a consistent philosophy. It is both necessary and inevitable, and in time it will include not only youth, but all people in America.

It certainly spread rapidly, this second revolution which targeted culture instead of politics, but it did not bring about the paradise envisioned. Instead, it brought us a dystopia where government relies on taxes and therefore uses Keynesianism to inflate consumer business so it can borrow more money.

Programs of this nature caused the Great Recession that made most people lose faith in the system just as they did in the 1930s after the Great Depression, driving them toward Socialism.

Now that arc has ended. We have seen that socialism, even in its “lite” American form, requires government to tax the productive to subsidize everyone else, and that this simply destroys the productive parts of society and makes everyone equally poor except a few rich tyrants.

When the 1960s generation, the most liberal yet, got to power, they promptly destroyed society with high taxes, regulations, civil rights, affirmative action, and other well-intentioned ideological forays:

The political ascendancy of the Boomers brought with it tightening control and stricter regulation, making it harder to succeed in America.

This entitlements-based state promptly bankrupted the solid base of people who kept society going, and grew a vast group of dependents, both the underclass and the unelected bureaucrats who frequently take home salaries of a quarter million or more a year.

The welfare state — an outgrowth of the socialist dream — promptly crushed what made America and Europe prosperous, and this lack of prosperity is what will doom Leftism, because the ideological quest for equality clashes with reality and the result is human loss:

History will prove Putin correct on this point. Leftism has run its arc. We need something new. All of our discussion at this point involves what we should have that is sufficiently far from Leftism to survive, but does not fall into any of the other pitfalls that have snared human societies throughout history.