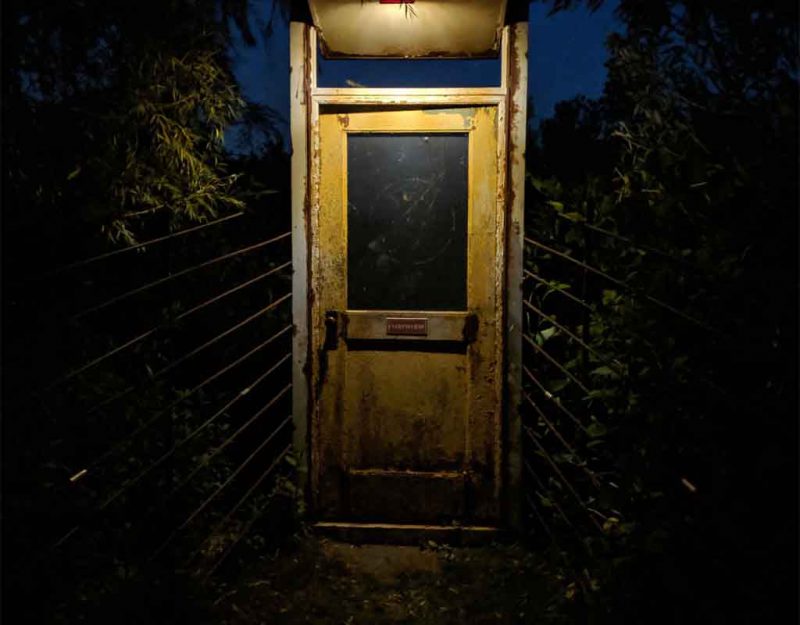 As the coronavirus rampages across the world, the Left finds itself gearing up to combat another infection: far-Right thought.

History shows us many examples of the “infection model” being applied to ideas. Societies ban information that they think will mislead the sheep and convert them into dysfunctional or dangerous implements of those ideas.

For example, just a century ago pornography was illegal in most of America. It was seen as something more than speech, a type of virus that induced licentious behavior in those who were exposed to it, like an addictive drug or a compulsion passed on through imitation.

Latah is a condition occurring in South East Asia. Otherwise sane, Latahs compulsively imitate every motion once their attention is attracted by snapping the fingers or calling sharply. A form of compulsive involuntary hypnosis. They sometimes injure themselves trying to imitate the motions of several people at once. — William S. Burroughs, Naked Lunch

In politics, the infection model showed up through the Domino Effect, which was the idea that if one nation went Communist, soon those around it would as well. This combined the infection model with practical experience: Communism is a messianic ideology, and Communist nations try to spread it.

The Domino theory suggested that nations fell to Communism like dominoes, with the fall of one casting its momentum onto the next in a chain:

Domino theory, also called domino effect, theory adopted in U.S. foreign policy after World War II according to which the “fall” of a noncommunist state to communism would precipitate the fall of noncommunist governments in neighbouring states. The theory was first proposed by Pres. Harry S. Truman to justify sending military aid to Greece and Turkey in the 1940s, but it became popular in the 1950s when Pres. Dwight D. Eisenhower applied it to Southeast Asia, especially South Vietnam. The domino theory was one of the main arguments used in the Kennedy and Johnson administrations during the 1960s to justify increasing American military involvement in the Vietnam War.

Not too many people remember that, but it also applies to the spread of Leftism itself. Usually Leftism begins among the middle classes who are not only bored, but comfortable, and lack internal direction since their entire lives involve selling stuff to other people and validating the illusions of those people so that they will buy the stuff in question. This produces rootless, aimless, and most of all, resentful and fatalistic people.

A few such neurotics in a community occur naturally, but at some point one of them appears which is socially talented, usually through suppression of recessive traits for excessive socializing as are present in third-world populations. This person then gathers a gang of misfits to them.

This creates the start of a French Revolution mythos where the many without success gang up on the few who are succeeding at the system, overthrowing them and making a system that accepts misfits too:

If we are going to talk about things that spread through infection, both by violence and social influence, Leftism would be at the top of the list. When it appears to be working next door, people are more likely to adopt it; because of its messianic Utopian cult-like pathology, its users spread it; when it begins its inward collapse, it centralizes and militarizes as a means of keeping itself together, resulting in wars for democracy as part of the Napoleonic Arc:

At this point, the revolutionary society enters its final phase. It depends upon scapegoats and constant total war in order to function, so it attacks others in order to keep its people unified. This in turn makes its leaders more like military dictators, its aesthetics utilitarian or military, and its everyday life paranoid, doctrinaire, and absent of positive goals. Citizens do what government tells them; no one formulates their own plan, only goes along with what is happening. Societies fights enemies, instead of fighting for self-discipline and excellence. The group attacks other tribes in order to keep itself together, and by losing its ability to derive direction, has become like a parasitic plant or animal, dependent on its hosts inside (the rich, strong, naturally intelligent and moral) and outside (ideological enemies).

Leftist societies made unstable by their own unrealistic policies face a choice between exploding inward or outward, so first they choose to go outward, sort of like how stars first expand and then contract as part of their death process.

This shows how they infect others, since because Leftist communities are based on the unrealistic and entropic idea of “equality,” they never start from a stable place, and their growth occurs through decay. Consequently they are desperately evangelical from the start.

Even more, Leftism cannot exist without a society to parasitize, so it requires expansion to places that have not yet fallen in order to consume them and suck the remnants back into its compressing core. Leftists must infect others in order to keep themselves going.

The little vampires of the Left have, however, come up with a theory that far-Right ideas are infecting the population, and for our amusement, they have centered their analysis around the boogaloo threatened by civilization decay:

In this briefing, we document a recently formed apocalyptic militia ideology which, through the use of memes—coded inside jokes conveyed by image or text—advocates extreme violence against law enforcement and government officials. Termed the “boogaloo,” this ideology self-organizes across social media communities, boasts tens of thousands of users, exhibits a complex division of labor, evolves well-developed channels to innovate and distribute violent propaganda, deploys a complex communication network on extremist, mainstream and dark Web communities, and articulates a hybrid structure between lone-wolf and cell-like organization. Like a virus which awakens from dormancy, this meme has emerged with startling speed in merely the last 3–4 months.

The entire document proves to be as funny as one might expect from ideological extremists attempting to make sense of a popular uprising against a failed regime.

We have known for some time that a “Berlin 1945” moment of total collapse and failure will be needed to liberate us from the illusions of equality — political equality (democracy), sexual equality (feminism/globohomo), economic equality (socialism), internationalist equality (globalism), and genetic equality (diversity) — because equality proves such an infectious and cult-like idea that people will not willingly surrender it.

You do not get a Berlin 1945 moment without some massive tragedy, usually the crash of a system. This means that the people who were critics of that system get a big boost, but first they need to get over a crucial threshold: in the face of constant propaganda, remembering that the system is failing and why it needs to be replaced, when it would be much easier and more convenient to simply “go with the flow.”

Unfortunately for the Leftist theory of an infection model to Right-wing news, the data on “fake news” suggests that Right-wing and Left-wing propaganda work differently in a Left-wing-dominated time:

We find that Americans who consume information from untrustworthy websites tend to report less “trust and confidence” in the media and more negative feelings towards it (see Figures 1a and 1b). Previous research has shown mixed evidence about the connection between views toward mainstream news and untrustworthy website consumption. Low media trust can be associated with alternative media consumption (Tsfati and Cappella 2003), though more recent research has called for a re-examination of this relationship (Kalogeropoulos et al. 2019). Similarly, behavioral evidence suggests that consumption of news from untrustworthy websites does not crowd out consumption of mainstream news, which is consistent with evidence that many people who view the media negatively still consume a great deal of mainstream news (Guess et al. 2019a,b).

Respondents who were randomly exposed to an inflammatory but misleading article from an untrustworthy website rated the article’s central claim as more accurate than those who did not read the article in question (see Figure 3). This effect was magnified for Democrats exposed to a pro-Democratic false story. We ran this experiment as part of the fall 2018 survey, which randomly assigned respondents to one of three articles: a politically neutral story on food, a false story about how George Soros was sponsoring a migrant caravan from Central America (a prominent conspiracy theory at the time), and a false story suggesting that Jared Kushner, Donald Trump’s son-in-law, played a role in the death of Jamal Khashoggi at the hands of Saudi Arabian intelligence agents (a more obscure conspiracy theory). We found that exposure to these stories, which are provided in Online Appendix A, increased respondents’ beliefs in the underlying claims. However, the effect was not symmetric by party. Exposure to the Kushner/Kashoggi article increased belief in its central claim among identifiers with both major parties, but the effect was differentially larger among Democrats compared to Republicans. By contrast, the increases in belief in the Soros/caravan conspiracy claim resulting from exposure to the article in question were similar between parties. These results may reflect differences in pre-treatment awareness of these stories since the Soros/caravan rumor was covered more widely in the period before the study was fielded; prior encounters with information can reduce or change its impact (Druckman and Leeper 2012).

In other words, Leftists experience more reinforcement of their behavior from propaganda, where Rightists use it mostly to confirm what they already know, although both sides seem to be pursuing information which confirms their assumptions rather than seeking new ideas.

This shows us that the Leftists are accusing us of what they are doing yet again. Their propaganda works on them, but ours seeks merely to remind us of what we believe. This makes sense since we are the minority party in a time when the West has consistently shifted far Left, especially since the 1960s.

When we look back further, what it meant to be Right-wing, centrist, and Left-wing have changed a great deal since the early 1900s. After the Great Depression, America swung Left as hard as it did in the years following the Civil War. Panic over the system failing led to embrace of desperate hopes.

This means that Rightists are trying to maintain opposition to the dominant paradigm of our time, which is liberal democratic market socialism, a fundamentally Leftist system with free markets grafted in to fund it, and globalism grafted on to spread it like the coronavirus on a cruise ship.

It also shows that the infection model applies to Leftism, not Rightism. Rightists are noticing that the Leftist system is not working, and then confirming those observations with propaganda; Leftists are trying to maintain denial of the failure of this system with increasingly inflammatory propaganda.