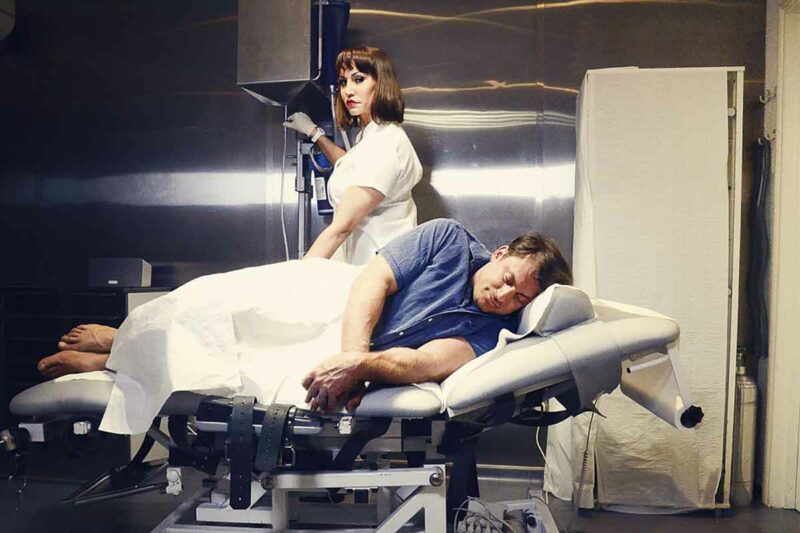 In the modern West, everything needs a High Colonic of Raging Realism because we cannot speak the truth about anything since now we have lots of vested groups, diverse and otherwise, who do not want their little scams and devious plans uncovered.

Therefore, we can only talk about things in the commercial lexicon of yes/no in an absolute and universal context, which means that method is more important than goals. Democracy = good and fascism = bad, therefore there is no need to think further; just purchase more of the democracy and divest from the fascism.

Such is the nature of things when you let the shopkeeper mercantile middle classes take control! It is easier by far to blame it all on the Jews, but this causes a problem for the average Christian, who still retains some sense of us-versus-them, a type of benevolent xenophobia which recognizes competition as the only universal.

Thus we get the most internally twisted and confused creature to ever walk the Earth, the Christian Anti-Semite. Although their religion has Jewish origins, despite being mostly borrowed from Greeks, Buddhists, and other nearby tribes, Christians like to believe that they have the One True Religion and everyone else is a damned heathen.

This lets them feel free to blame all of the problems caused by the middle class takeover — including democracy, equality, diversity, and socialism — on The Jews™ purely so that we can avoid blaming ourselves for taking on these intangible but controlling ideas.

If White people were not mentally retarded narcissists, they would wake up and say, “You know, that The Enlightenment™ product was a mistake! We do not need equality and mob rule; we need hierarchy and a goal, because that way we can think in terms of goals and reality instead of methods and morals.”

Nope, this would make them feel lesser and pull back the curtain on the illusions they live on as if crutches, causing their worldview and with it their self-esteem to come crashing to Earth. Never ask a narcissist to be realistic; you are asking him to drop his power and become mortal like yourself.

As part of the series of elaborate mental gyrations required to balance following a Jewish religion (Christianity) with hating Jews (who invented Christianity), the cope-hope team of anti-Semites, since they are already scapegoating Jews for the dumb choices Whites have made, come up a clever invention: they deny Jews were Jews.

In the Christian Anti-Semite cosmology, modern Jews only occurred around the third century after Christ and were probably Khazars anyway, so these people are different than the Nordic Aryan ancient Jews who apparently followed a different religion. Let us give this one a high colonic of Jewish history:

While the Tanakh (which includes the Torah) is considered the sacred text of Judaism, many other important manuscripts were composed in later years. These offered insights into how the Tanakh should be interpreted and documented oral laws that were previously not written down.

Around 200 A.D., scholars compiled the Mishnah—a text that describes and explains the Jewish code of law that was previously orally communicated.

Later, the Talmud, a collection of teachings and commentaries on Jewish law, was created. The Talmud contains the Mishnah and another text known as the Gemara (which examines the Mishnah). It includes the interpretations of thousands of rabbis and outlines the importance of 613 commandments of Jewish law.

The first version of the Talmud was finalized around the 3rd century A.D. The second form was completed during the 5th century A.D.

In other words, the trope that modern Judaism is somehow different from past Judaism is nonsense: they simply wrote it down, argued about it, and finally wrote those arguments down, then fiddled until they got them in the right format. Their doctrine was in part reacting to the new ideas in Christianity.

Even more, we can see that Jewish tradition is consistent for three millennia:

Around 1000 B.C., King David ruled the Jewish people. His son Solomon built the first holy Temple in Jerusalem, which became the central place of worship for Jews.

When we look at Jewish genetics, we see that Jewish DNA remains remarkably consistent, only incorporating the Eastern European and later German blood at the same time the Jewish emigres gained quite a few IQ points.

Even more importantly, the Ashkenazi Jews went through two major bottlenecks: first in the medieval era, when they abandoned the dumber Eastern European Jews and cut themselves down to a population of about 350 high-performance individuals, and second during the Holocaust, which killed off the poor and therefore usually dumb Jews and let the high-earners escape.

Lest it seem that I pick on White Nationalists too much, it might be worth mentioning that there is very little intelligence and non-paradoxical information out there. Almost all of it involves clever monkeys contorting themselves from rationalizing from what is accepted so it appears to include what they want.

This of course produces highly polished gibberish but that makes the idiots feel smart so they buy a lot of it and the con people who write this nonsense get ahead. You can tell you are in a dying society when lies sell well and truth will not be published.

Christian anti-Semites are caught in paradox. Their religion is foreign and alien, coming from the middle east, and represents an attempt by Jewish and other scribes to codify all of the religious learning from the Greeks onward, resulting in a muddle as they try to eliminate incompatibilities between parts taken from different sources.

In general, I consider anti-Semitism a giant waste of time because the decay of the West started with our decision to tolerate class warfare by the poor, our refusal to adopt a religion native to us, and our reliance on Enlightenment™-inspired forms of egalitarianism, altruism, pluralism, and utilitarianism.

At the root of it is individualism. Our society succeeded, at which point people no longer had any sense of purpose, and to fill the void they kept stuffing in moral and political obligations designed to compel us to work together in order to avoid dissolution and revolution.

Manipulations of this nature depend on the carrot and the stick, therefore must appeal to the self-interest of the individual, and by that method cut out not only the group but reality, nature, and intangibles like culture. Consequently the society decays.

It is more convenient to blame this complex process on the simple presence of foreigners, but the reality is that we only have diversity because Whites are so busy fighting each other over illusions that none will look at the plain truth and then speak it in unison until the class warfare and narcissism stop.