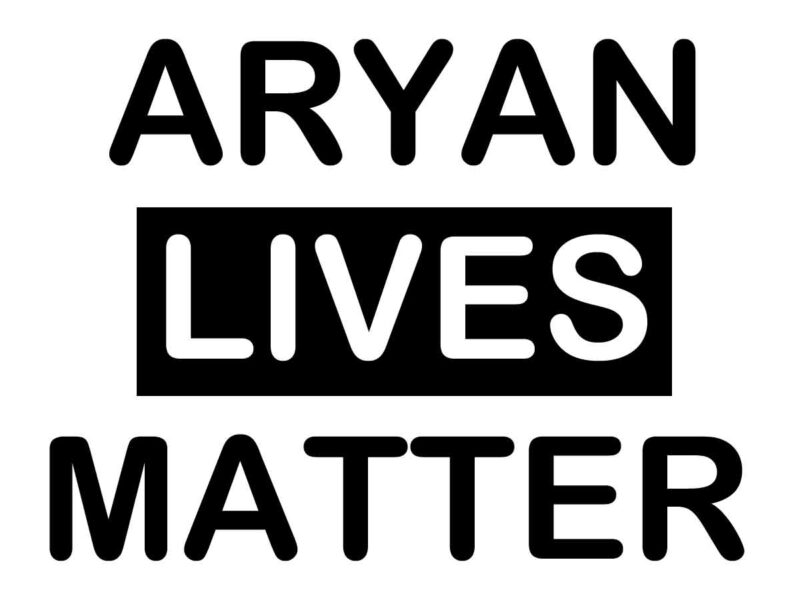 Thomas Sigurdsson cursed his luck again. It turns out that the Mexicans at the auto dealer had installed his water pump wrong, so now his car overheated every two blocks and he had to stop and let it cool before proceeding painfully on his way.

Then, because the Chinese washing machine designed by an international conglomerate of H-1Bs, Europeans, and American neckbeards who had scored highly on both Cisco credentials and DIE (diversity, inclusion, equity) classes, in a spasm of noises, had crapped out and the Bulgarian repair guy could not figure it out, he had to go to the coin-op laundry.

Of course the credit card reader had been gummed up by too many skimmers added by the Nigerians and Salvadorians who lived in the apartment complex across the road, so it would not take his card, which meant as always in his life, he was spending his time to clean up the mess someone else made, as he scrubbed the electromagnetic head with alcohol.

“Excuse me, sir,” said a fellow who had edged up behind him, “but do you have a minute to discuss –”

“I am not religious, thank you, nor do I intend to be,” said Thomas, “so your kind offer to talk about Jesus Christ is lost on me. If you are selling something, I have no room in the budget after triple-digit inflation. If you are campaigning for Black Lives Matter, I gave at the office. Very sorry I cannot help,” he said while turning back to his task.

“Not Black Lives Matter, Aryan Lives Matter,” said the voice. Thomas looked up to see a muscular man over six feet with straight white-blonde hair and sky blue eyes. “I am asking you to stand up and help your people who are under assault by international Jewry.”

Thomas squinted at his interrogator. “Under assault by international Jewry, my ass. Did you just assert that this tiny group is somehow so talented that they could enslave an entire race?”

“Well, they do it by cheating,” said the ALM spokesman, who gave his name as Hjalford. “They buy up all the media, then hire all their family members, and then they take over.”

“And this master race of Aryans believes them, does not stop them, and keeps buying their products? My ass… my sides,” said Thomas.

Hjalford considered for a moment. “They have bewitched the Aryan with their doctrine of materialism and permissive behavior,” he said.

“So these Aryans, just like the Black Lives Matter people who swear that it is Whitey’s fault that every Negro on the block refuses to go to work or stop drinking and is somehow impoverished magically by something else, are too weak to resist the Jewish witchery and so they just go along with it?”

“Yes!” Hjalford exclaimed. “The Aryan is inclined to noble acts and therefore, has no ability to resist deception of such a cunning and underhanded nature. It simply corrupts them and they self-destruct.”

“If that is the case, and Aryans are the master race, why do they not just drive these Jews out of their countries?”

“They cannot!” Hjalford expectorated, his eyes shining bright with a furious intensity. “Our human rights laws prohibit it and most Aryans would oppose this because they are bewitched by the Jew.”

“Can this master race not simply unbewitch itself and stop following the con? They could save some money on these products, change their laws, and then live their own lives totally independent of the evil eternal Jew.”

Hjalford shrugged. “You know how it goes. Elections are stolen.”

“Even if they did,” Hjalford said thoughtfully, “most people would vote against it. Not just the minorities, alcoholics, homosexuals, criminals, elderly, and students who make up the bulk of the Left, but normal people too think it is immoral to discriminate.”

“Well, there’s your problem then,” said Thomas easily, shrugging. “Aryans have chosen slavery, and they would rather blame Jews than think their way out of slavery. I guess they really are fragile and sort of weak, nowhere near as smart as the Jew, and so they are bewitching themselves.”

“That’s not quite fair,” said Hjalford. “Obviously the Jews have immense money, power, and influence.”

Thomas finally got the electromagnetic head clean and it took his credit card. The washer began its churning cycle. He turned back to Hjalford. “Look, old man, you cannot have it both ways. Either you are the master race and are responsible for your destiny, or you are weak like the Negro and need a BLM-style movement to shakedown the Jews for the money you need.”

“Muddafucka,” whispered a Black fellow folding his socks in a corner.

“Well, don’t take it personally,” said Thomas. “But with an average IQ of 89 and impulse control problems, you people are going to be picking cotton for whoever has more brains and lower time preference, whether that is Arabs, Jews, Chinese, or White people.”

“The Aryan is not weak,” said Hjalford, perspiring. “He conquered most of the world, made it to space, invented the digital computer, and wrote incomparable symphonies and poetry–”

“Yeah, yeah,” said Thomas. “You know what biology and history say to that? A big raspberry. Those things are only useful if they make your group more stable, smarter, healthier, saner, and stronger. Otherwise, they are decoration that will be forgotten as soon as there are too few of your people who are unmixed enough to maintain them.”

“The thing is,” Thomas went on, “in another fifty years or so, every ‘Aryan’ is going to have one Negro or Asian ancestor, even if received through trace admixture via groups like Italians, Greeks, Spaniards, or Latin Americans who intermixed long ago. There will be no pure Aryans, or Cro-Magnids as the scientists call them.”

He flipped the plastic laundry basket on top of the washer. “At that point, all of these things are going to go away. You are no longer going to have conductors who understand Beethoven, programmers who can write compilers, or writers who can make classics. Look at Southern Europe, Eastern Europe, and the Mediterranean for your template.”

“That’s what I am trying to warn against,” said Hjalford.

“Your Aryans, whether from nobility or stupidity, did the same thing they/we do every time. They got fat, bloated, and selected individualism. That was The Enlightenment,™ the idea that the individual was the most important thing in society so his whims had to come before social mores and natural order. It was a revolution in thought!”

“True,” said Thomas, “it came about because of contact with other races like Muslims, Mongolians, Jews, Saami, and Romany, but you chose it for yourselves. It was considered enlightened because that way we did not have to think about how badly everything was going, and could pretend that we were rising above it all.”

Thomas coughed. “It reminds me of the Bible, you know. How Jesus made his point even if he had to die to do it. How he was judged to be right in Heaven, even if everything went to Hell in a handbasket on Earth. They just made a secular version, and it starts with teaching the peasants to read and ends with full Communism.”

“That was the result of Jewish meddling,” said Hjalford. “They corrupted us with their lies.”

“If you mean Christianity,” said Thomas, “I sort of doubt it. People read what they want into religion and that always means it suddenly becomes about them. But Aryans have been doing this for millennia. No Jews in ancient Greece, or the permanent civilizations before it which chose democracy and self-destructed.”

“Nope, my friend,” Thomas said, “you are dealing with something far more complex. Intelligence and success lead to self-destruction because they replace living itself, like how when you buy a BMW soon you spend every weekend getting it waxed and maintained and work extra hours to pay for it. The symbol took over from the real.”

Hjalford gasped. “That is the essence of the Jewish magic I speak of!”

“Yeah, but it’s not Jewish per se,” said Thomas. “I mean, there might be a Jewish version, but the thing itself is built into humanity. A flaw or weakness, we get selfish when we are not constantly directly toward something larger than ourselves, and religion just cannot fill the gap.”

Hjalford spoke sullenly. “I still think it is the Jew.”

“Maybe in part,” said Thomas. “I do not really know, but the fact is, unless the Aryans are as weak as the Negroes you people constantly deride, Aryans are the ones who weakened themselves to the point that the Jew, the Arab, the Chinaman, and all that can take over. Say what you want about the Negroes, but they do not have this problem.”

“Das rite,” said the Black figure at the other end of the room.

“It’s true,” said Thomas. “Your average Black fella or lass wants nothing more than to keep doing what he likes doing. He will not trade that for an empire, or some moral buzz, or even money. He is going to do what makes him feel like a man who is living a good life, and he is going to ignore all the symbols and idols.”

“Just kidding,” said the other, and packed up his socks and left.

Thomas watched the clothes cycle around in their bath of suds and water. “The fact is, Hjalford, the Aryan race needs to figure its own stuff out. Master races do not die by murder, but suicide. We lost our way, our sense of purpose, and started manipulating each other like schizophrenic chess players.”

“This was the subtle and pervasive influence of the Jew however,” Hjalford rejoined.

“Perhaps,” said Thomas, “but I like Occam’s Razor. When a group of people stop doing what made them great because they no longer understand it and are afraid as individuals to stop competing in terms of the systems they have already set up, they self-destruct, and only then do the parasites of every form arrive.”

“We will not get anywhere with these parasites on us,” said Hjalford.

“You can do the same thing you do when there are flies about,” said Thomas. “Close the door. They are here because you have no goal except making money, maintaining political systems, and flattering each other so as individuals you can succeed. Set up culture, aim toward goals, and you will rise again, causing them to go away.”

“They will not simply accept that,” said Hjalford.

“Yes they will, because this is a voluntarist system,” said Thomas. “They are growing rich on your dollars because you buy their products, hire them, and have written laws to protect minorities. Get your candidates out there, slam art across the world with your message, and change public opinion, and those things will go away.”

“Then,” he added, “there will be no point for they or any other group to stay here. The free stuff will be gone. But no one is going to do that because they are all trying to succeed in the system as individuals, not work together to create a culture. If you make a culture, the buying of the products will stop, and the others will go away.”

They sat there sullenly watching the laundry go round, like the cycles of history, losing the memory of days written in sweat and dirt upon its fibers. Thomas dug around in his laundry basket under some towels and pulled out a six-pack. “Beer?” he said quietly.