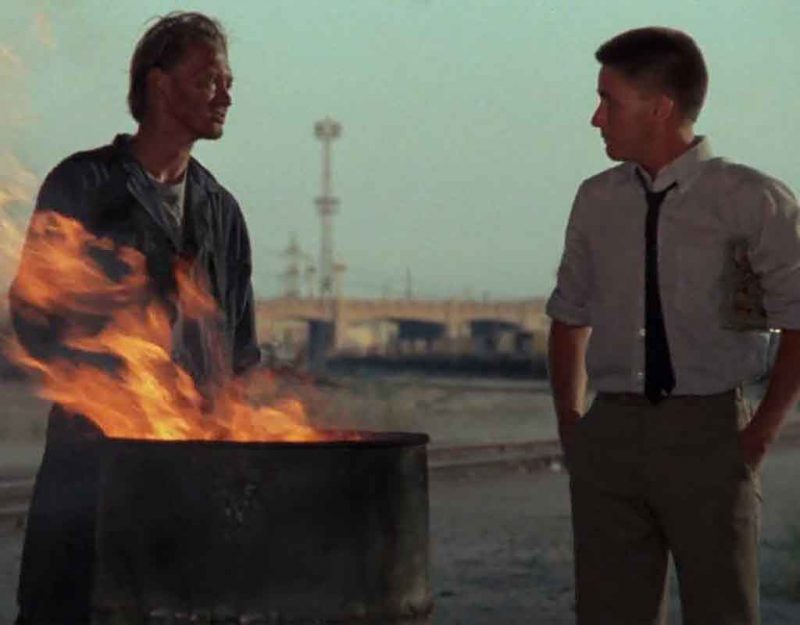 Since the dawn of time, people of mixed-race have been feared and pitied. Unstable, they tend to be both destructive and self-destructive, which means that they are the worst kind of tragedy, something that cannot be helped and yet seeks out the good to eliminate it.

Things which are defined by their lack of something vital tend to congregate around those who have that vital thing, trying to absorb it by osmosis, and in their frustration become malevolent. Being mixed-race is a tragedy that leads to further tragedies like most bad decisions.

When you have a clear heritage, your culture is clear. You have a place in a group and you know how to behave. When you are caught between worlds, with one foot in one ethnic group and the other in another, none of this exists.

For this reason, mixed-race people tend to be confused and hungry for a place. Groups that are mixed-race, no matter how much “culture” or “religion” they invent, tend not to have unique ideas but amalgamations of ideas from their components.

In the same way, people who span social classes or castes tend to be alienated. They have no place, but are struggling to avoid losing whatever place they have ended up while trying to figure out where they belong. Always questing, never satisfied, they are unstable.

We hear a lot about the Jews from the far-Right, who seem desperate for a scapegoat to blame for the problems of democracy and market socialism, but very few talk about the long history of mixed-race Asiatic empires:

The Xiongnu formed their tribal league in the area that is now known as Mongolia. It is believed that they stemmed from the Siberian branch of the Mongolian race, although it has been hotly debated whether they are ethnically Turkic, Mongolic, Yeniseian, Tocharian, Iranian, Uralic, or some mixture. Some say the name “Xiongnu” has the same etymological origin as “Hun,” but this is also controversial. Only a few words from their culture, mostly titles and individual names, were preserved in Chinese sources.

The unique culture of the Xiongnu Empire was very powerful during its time. The fortifications that were initially built to keep the Xiongnu away were eventually transformed into the Great Wall of China. This demonstrates the size and power of the Xiongnu – an ancient nomadic group that played an important role in the history of Mongolia and China.

Most likely, as usually happens when ethnic origins are confused, the Xiongnu were the ancestors of the Eurasians today: mostly Asian, with a fair amount of Caucasian and other stuff in them, making them cousins to the Turks, Semites, Levantines, Southern Europeans, and Eastern Europeans of today.

In the long run, it is likely that the tribe split into two and one half spent its time attacking both East and West in an attempt to regain past glory. Perhaps this tribe was also the origin, long before, of American Indians, who seem to have Caucasian and African minor features in with the Mongolian.

Contemporary Italy shows us the problem with race-mixing. The Roman empire expanded and as is usually the case brought back its foreign populations into the hive, at which point mixing occurred. Since that point, the Romans have never risen to their former greatness.

The Mongols showed us another problem with race-mixing. Obsessed with the populations around them, they mobilized for warfare and because they were using new tactics, had many early successes before they began losing and had to retreat to within the boundaries of their empire.

Over time, however, the weakness of their system revealed itself. It was unable to govern itself and sustain an economy, nor could it handle the transition of leaders, so it quickly disintegrated and left behind a ruin even more impoverished than Italy.

Most of the world is mixed-race and low-IQ as a result. Each race is a framework of traits which when combined form certain abilities and inclination. Mixing with an outgroup disrupts that framework, passing on some traits but not the others that balance them, making unstable organisms.

Not surprisingly, mixed-race people and groups have lower IQs, more health problems, and a loss of integral culture, which requires solutions that increasingly resemble ideology in externally-oriented culture and rules-oriented religions.

Some mixed groups tried to check the decline by breeding aggressively toward higher IQ, and ended up with externally good results but internally, the same instabilities that plague Italians and Eastern Europeans. Consider the case of Jewish heritage:

These observations, together with high levels of runs of homozygosity, suggest that the Erfurt community had already experienced the major reduction in size that affected modern AJ. However, the Erfurt bottleneck was more severe, implying substructure in medieval AJ.

Medieval Jews cut their population down to three hundred individuals, most likely having chosen them for ability, and from that zoomed to a population of half a million. Obviously they picked highly successful people, but their record of self-government is not encouraging.

Unique among race-mixed people, Jews aimed for high quality and produced the most successful mixed-race group in the world, trailed by Italians somewhat and a lot by Eastern Europeans. However, they still face the problems of a fundamentally mixed-race origin.

Your average Jew today is mostly Southern, Eastern, and Western European with Asiatic and North African grafted in, although a small part of their DNA. Jews are not that genetically distinct from Southern Italians, Greeks, Armenians, Turks, or Egyptians which are also mostly-White groups.

The point here however is that Jews are not any more the source of all evil in the universe than Italians are. People like to blame Jews, but this is an easy cop-out, since it is simpler than admitting that the West brought its doom upon itself through prole class warfare, equality, democracy, diversity, and socialism.

In the bigger picture, Jews and Italians represent what we hope to avoid. Like the partially-Semitic Irish, Jews show us what happens when a White society loses its culture and falls back to commerce and ideology, as a consequence inviting in people from other parts of the world.

Like the people of Latin America, especially the upper classes, this group remains mostly White, but mixes in enough foreign stuff that it loses the White genetic framework and becomes something else with different inclinations and abilities than Whites.

If you want a top-notch symphony or novel, you want a White person; Jews have never achieved anything notable in this area. If you want computer code, find a Jew or White guy, and not an Italian. If you want great food, find an Italian, and if you want to drink until comatose, go to Ireland.

In the bigger picture, diversity and globalism are one and the same thing: mixing of different groups. This leaves ruins behind that can persist for tens of thousands of years, as the example of the Xiongnu shows us, so now is the time to start working on ending diversity.