If you support “equality,” you are not a conservative 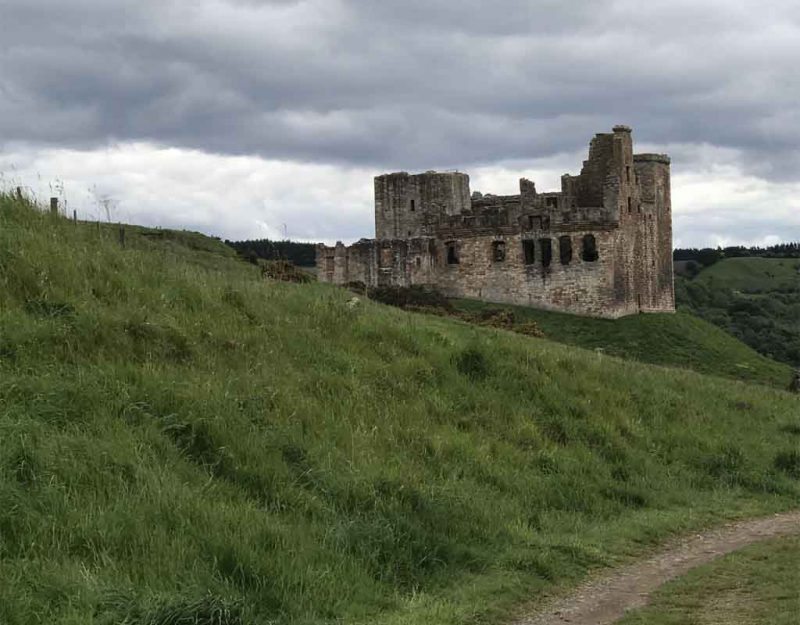 With election 2020, it became clear that the obstruction in the path to our future comes from conservatives. They have no idea what conservatism is, and fall back on defending the last point where they thought things were okay, usually the 1980s.

In reality, conservatism refers to something entirely different than our current political system, a notion which was in the background of the Constitution and Declaration but not formally stated, sort of like we do not tell people how to brush their teeth: these things are known, cultural.

Conservatism as a term comes from conservare, the Latin term for “to keep, preserve, keep intact, guard”:

As a modern political tradition, “antagonistic to change in the institutions of a country,” often especially “opposed to changes toward pure democracy,” conservatism traces to Edmund Burke’s opposition to the French Revolution (1790), but the word conservative is not found in his writing. It was coined by his French disciples (such as Chateaubriand, who titled his journal defending clerical and political restoration “Le Conservateur“).

Strictly speaking, conservatism is not a political system, and certainly not an ideology. … Instead, conservatism is a way of looking at the civil social order. … Unlike socialism, anarchism, and even liberalism, then, conservatism offers no universal pattern of politics for adoption everywhere. On the contrary, conservatives reason that social institutions always must differ considerably from nation to nation, since any land’s politics must be the product of that country’s dominant religion, ancient customs, and historical experience. [Russell Kirk, “What is Conservatism,” introduction to “The Portable Conservative Reader,” 1982]

In other words, conservatism defends the particular ways of a society against the idea of the universal, where all societies would act the same way.

The term came about in response to the French Revolution, since before this there had not been a clear statement of Leftism, but opposes the idea in fashion since the Enlightenment™ of the human individual being more important than the ways of his culture and the why behind those, described by Kirk as “the product of that country’s dominant religion, ancient customs, and historical experience.” Conservatism defends the unique against standardization, centralization, and mass conformity.

By its nature, conservatism rejects the notion of ideology, which takes the form of a belief system in which a single symbol — such as equality — organizes all other facets of belief and is enforced through method. In other words, in an egalitarian system, the goal is equality, and the method of getting there is to increase equality.

Ideology fits the form of a “universal patern” as Kirk warns against:

Unlike socialism, anarchism, and even liberalism, then, conservatism offers no universal pattern of politics for adoption everywhere.

Egalitarianism is that universal pattern. Conservatism, on the other hand, defends the organic and time-honored, by which it means the basic format of a society which can have errors corrected (adjusting quality) but is not entirely replaced (a new quantity).

Universalism kicks off a whole series of awful notions, starting with the idea that all humans have the same faculty of understanding and therefore, in groups humans make good decisions; that extends naturally to internationalism, since if all that is required is a group of humans and all of them have equal reason, then it does not matter which humans one chooses so long as a vote is taken.

In my writings, I summarize conservatism as “realism + transcendence,” meaning that the root of conservatism is this organic realism which measures our actions by their effects in reality, therefore deferring to history instead of abstract reasoning or popularity (utilitarianism, demotism).

Conservatives trust that which has been proven in reality, not some theory about what is ideal and might apply to all people if we assume that all people are the same. Having built its foundation on this realism, it then needs to assess the quality of outcomes, since there will be several functional ones but one will do better than the others, even if imperfect. For this reason, it requires transcendence, or the ability to see nature and the rules inherent to reality as a type of wisdom that despite having scary parts, perpetuates a variety of goodness.

Before we read Burke as some kind of libertarian, remember this statement of his:

No experience has taught us that our liberties can be regularly perpetuated and kept sacred as our hereditary right except through an hereditary crown. (Reflections on the Revolution in France)

Conservatives existed before Burke, but they were given different names, representing their viewpoints in each country. The only reason the term “conservative” came about was to distinguish a vein of thought from the new (but actually old) ideas of the Enlightenment™ thinkers and their spawn, the egalitarians. As our readers doubtless recall, the motto of the French Revolution was “liberté, égalité, fraternité,” or liberty, equality, and brotherhood. Its goal was equality, and the other two were methods to that end, which we can see by the fact that it overthrew the kings and the social hierarchy, replacing them with a society where everyone was equal.

The goal of the Revolutionaries was to have an equal vote in order to overrule the power of the aristocrats:

In the lead-up to the May 5 meeting, the Third Estate began to mobilize support for equal representation and the abolishment of the noble veto—in other words, they wanted voting by head and not by status.

Since the “third estate” — those who were not aristocrats — made up ninety-eight percent of the electorate, this effectively meant ensuring that the aristocracy would have no power because they would be outvoted every time, using much the same tactic as the West now is by importing voters to support tyranny.

For a funny historical side note, it bears observing that these revolutionaries seized power in response to a natural crisis, and things only got worse once they achieved control:

Not only were the royal coffers depleted, but two decades of poor harvests, drought, cattle disease and skyrocketing bread prices had kindled unrest among peasants and the urban poor.

The Directory’s four years in power were riddled with financial crises, popular discontent, inefficiency and, above all, political corruption. By the late 1790s, the directors relied almost entirely on the military to maintain their authority and had ceded much of their power to the generals in the field.

In other words, it went to the Soviet model, where intelligence services and military kept the population in check while a corrupt, incompetent regime managed to bungle all of the processes of a normal civilization, resulting in a population that was more impoverished, censored, persecuted, and marginalized than it had ever been under the aristocrats.

As it turns out, the root cause may have been overpopulation and colonialism:

The feudal regime had been weakened step-by-step and had already disappeared in parts of Europe. The increasingly numerous and prosperous elite of wealthy commoners—merchants, manufacturers, and professionals, often called the bourgeoisie—aspired to political power in those countries where it did not already possess it. The peasants, many of whom owned land, had attained an improved standard of living and education and wanted to get rid of the last vestiges of feudalism so as to acquire the full rights of landowners and to be free to increase their holdings. Furthermore, from about 1730, higher standards of living had reduced the mortality rate among adults considerably. This, together with other factors, had led to an increase in the population of Europe unprecedented for several centuries: it doubled between 1715 and 1800. For France, which with 26 million inhabitants in 1789 was the most populated country of Europe, the problem was most acute.

A larger population created a greater demand for food and consumer goods. The discovery of new gold mines in Brazil had led to a general rise in prices throughout the West from about 1730, indicating a prosperous economic situation. From about 1770, this trend slackened, and economic crises, provoking alarm and even revolt, became frequent.

In other words, egalitarianism was a massive failure arising from a massive success by aristocrats, which empowered both middle classes and peasants — neither group is competent to rule — to lay the blame on the wrong party, seize power, and then mismanage on a grand scale.

Conservatives stand against egalitarianism by pointing out that universalism is incorrect. People are highly varied and come in different flavors of quality, and if you want a competent society, you avoid equality, which simply allows the bulk to dominate despite being the least able to make decisions.

American conservatives, believing that the Declaration of Independence in fact argues for equality when it expressly attempts to limit the definition of “equality” to mean merely an absence of inherited rank, make a fatal error when they attempt to defend equality as a conservative value.

In doing so, they have placed themselves on the spectrum of egalitarianism, which as in the French and Bolshevik revolutions, starts out with a demand to abolish inherited rank (biologically, a conservation of the higher IQ, since IQ is mostly heritable) and ends in totalitarian military rule by incompetence and corruption.