How Inflation Will Eat Up The Biden Economy 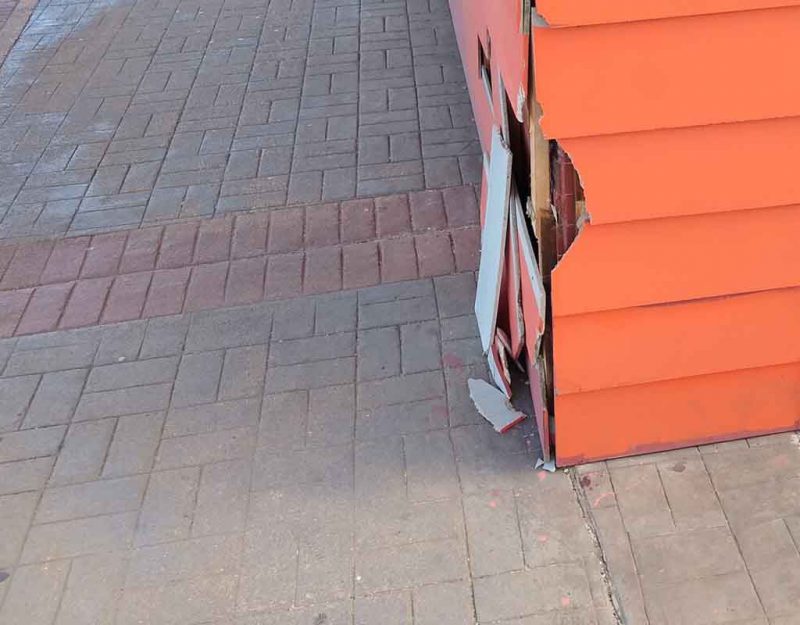 For an Anarcho-Tyranny to function well, it has to preserve itself. In Amerika, it so endeavors. Insidiously. A crowdist state suffers from demotism. Demotism suffers a constant thermodynamic descent into entropy. This operates via The Law of Attraction. The visions that attract reality in a civilization experiencing demotic decay are articulations of the inner desires of the least wise and capable our society has to offer. The post-mortem, postmodern ascendance of George Floyd to secular sainthood would strike Jung as an occurrence of synchronicity. Floyd is the archetype of what the demotic Chimpus Amerikanus seeks to become.

As a result of the manifestation of the visualized desires of the lowest common denominator amongst Amerikan Civilization, any equilibrium within the Anarcho-Tyranny is metastable on a good day. On any other day ending in a Y, that equilibrium requires an active restoring force to avoid decomposition. One equilibrium any state must keep on its pedestal is the fiscal solvency of its treasury. “No bucks.” As John Glenn once remarked. “No Buck Rodgers.”

On paper, Amerika will never run out of bucks. In a manner reminiscent of St. George Floyd, Amerika just prints more when it runs out of what real economic value would support in circulation. This tendency runs into what most of us would consider a conundrum. The economy has a set of goods and services in inventory that determine its value. Printing way more money than this economy would support has a history of turning viable economies into Weimar Republics. In a less pernicious form of this malady, you just get Jimmy Carter’s Late 1970s US economy.

Nobody wants to live in Jimmy Carter’s Late-1970’s economy. For one thing, the rent’s too damn high! 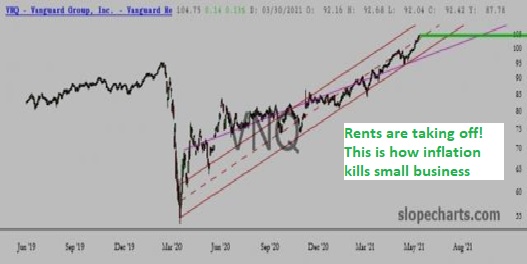 The chart shown above maps the price of a Vanguard security that allows traders to bet on next month’s rent. It consists of an index of commercial and residential rents. Higher index prices correlate with higher rents. It’s something I started tracking when I first noticed a similar index of commodity prices had begun to spike up earlier this year.

A simple logic chain suggested rents should spike soon after commodities. Houses are built using several traded commodities such as lumber, masonry-grade clay and various metals. This index spiked, which then made it more expensive to build a brand new house. This made existing housing spike in synonymy. A spike in housing spikes the price of property insurance which primarily covers the cost to replace a building in the event of disaster. The insured landlord now has a higher operating cost. The rent gets jacked to pay the more expensive insurance. Any Sgt. Snuffy in any country’s army would tell you that sort of thing tends to roll downhill.

If you own things, this can like suck. How many PSI’s? Given the recent positive read on CPI, people are beginning to wonder. Rather than panic-buying Silver, I decided to map out a few recent months of CPI and project what would happen if this really constitutes an over-arching feature of Bidenomics.
Averaging the first six monthly CPI’s of the Biden Presidency and then projecting a 12 month inflation rate gives us an estimate of annual inflation equal to 5.17%. To map this to Street-Level Reality, I racked what would happen to a $10 price and a $10 store of value over a 48 month period. The divergence is shown below. 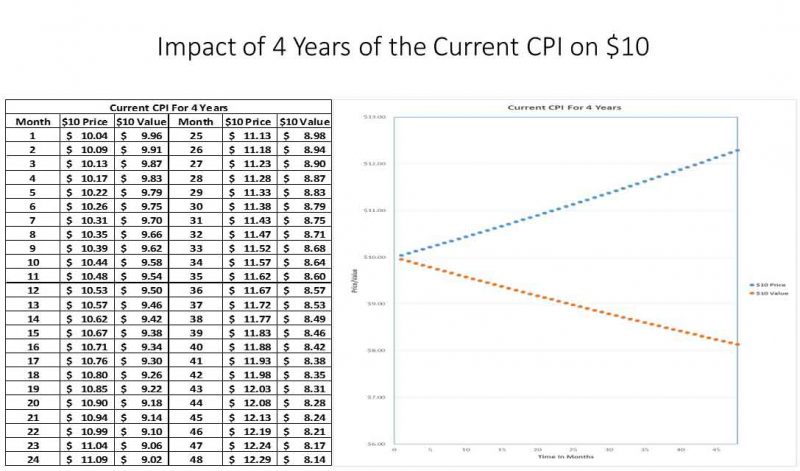 At this juncture, nobody seems to win under inflationary economics. This is an unfortunately inaccurate conclusion. People that lose under inflation are those that attempt to acquire or hold things of value. A deadbeat, on the other hand, can experience a partial financial resuscitation. Amerika’s government owes the cost of its surrender to Demotism. That debt burden can be approximated as $4T at present. Writing all the digits looks more impressive. Here goes the bloggish shock and awe. $4,000,000,000,000.00.

So guess what happens to the future value of that debt under a CPI = 5.17%? The debt gets devalued at the same rate as your passbook savings account. Here’s what happens to Amerika’s $4T debt after 48 months of economic Bidenpiddle. 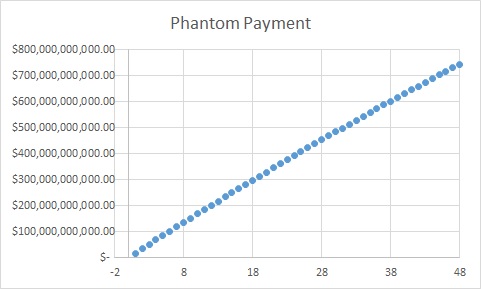 This currency inflation effectively nukes about 22% of the current government deficit. Do you really now think Joe Biden isn’t forgiving a lot of people’s student loan debt? How about the increasingly excremental mortgages chasing our nu-housing bubble? It modifies the wise words of Polonius. It used to be “neither a borrower nor a lender be.” The USG is deliberately altering the deal. If you project yourself borrowing a significant amount five years from now; pray the current administration doesn’t alter the deal any further. That 5.17% inflation factor is going right on top of the interest rate of any loan that gets cut.

So we thereby see the impacts of this new inflation. Prices go up, the values of a store of value go down. Insurance is more costly, which jacks up the rents paid to landlords buying this protection. Money leant by commercial actors to private borrowers also comes with a higher insurance cost in the form of an interest rate boosted by some premium that indemnifies the lender against the inflationary risk of debt devaluation.

But there is one category of people who win with inflationary economics. Those who owe. Student loan balances, credit card debts, and the exorbitant cost of playing political Santa Claus to the terminally ignorant all get discounted by any appreciable rate of inflation. Once the cost of living for today and ignoring tomorrow reaches a certain point, the short-sighted predictably seek to cheat. Those who rely on the votes of the financially myopic, will help them cheat to keep those votes coming. Government policies aimed at ramping the costs of energy are not accidental policies. There is an overwhelming debt to be paid, and inflation is the only way our declining society can stroke that check. That, right there, is the purpose of our current inflation.

Why Do White People Hate Themselves? | If you support “equality,” you are not a conservative