A Dreamer Shares Her Dream

by Jonathan Peter Wilkinson on February 16, 2018 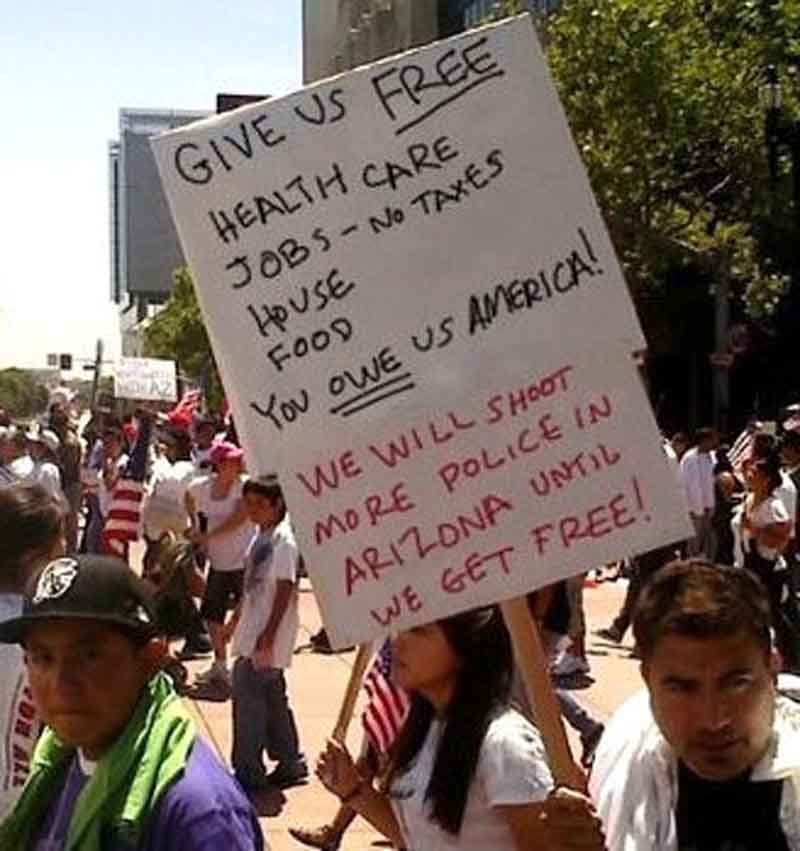 Amerika will never be returned to America without Freedom of Association. It won’t happen if we are forced to tolerate one another. We’ll typically bull-ship one another that Â¡DIVERSITY! is our strength. This is particularly prevalent when the diversity matrons of the managerial state are walking around listening and taking names.

Yet sometimes the fullsome and scurvy truth oozes out like an oleaginous slick. In one case a young and articulate Latina, a veritable Â¡DREAMER!, told us what the dreams were over on her part of the rainbow spectrum.

â€œIf youâ€™re black, we cannot be friends. Go fuckinâ€™ die, you ugly-ass black people.â€ So begins a Snapchat video by a female California high school student. â€œBlack people are trash, they need to die, like, I fuckinâ€™ hate black people, theyâ€™re so annoying. So, when the police were killing all those black people, I was so happy, because Iâ€™m like, fuck black peopleâ€¦go die, bitches!â€

So it reads like a Doug Jones ad run to attack Roy Moore with one vital distinction. It is a verbatim transcription of this adorable DREAMER who we’re sure is a good Catholic, a hard worker, and a natural conservative. Can’t you just tell she is waiting to lift a victorious Lindsey Graham up on her shoulders and march to eternal Cuckservative Victory? That all bothers you somehow? Why? She isn’t too much more radical than a typical Cynthia G video about Evil White Albanoids.

I mean all the Synthetic G said was that White People were evil cave-dwellers who raped their pet dogs. That’s nothing more than what Congresswoman Maxine Waters thinks to herself on a typical day up on Capital Hill. Why the YouTube ban? It wasn’t as if she were John Derbyshire offering us the non-Black Version of “the talk.”

So contrary to the diversity fetishist fairy tale, diversity is a disaster. Put a bunch of different people in a group and they’ll naturally tend to want to genocide or enslave the ones they view as different and therefore inferior. Swirling gives us far more containers of dog-feces ice cream than anything that should be celebrated on Loving Day.

Outside of a few limited and exceptional cases, the major racial and ethnic groups should work out an amicable separation. They should never be legally threatened or socially ostracized for peaceable segregation. The alternative to that peaceable separation took place a couple of decades back in Rawanda. When a Dreamer chose to share her dream, we all got to see the true future of diversity in Amerika. The Offspring give us invaluable musical advice on how to prevent that dystopia from ever coming to pass.