How Is The Alt Right Different From “White Nationalism”? 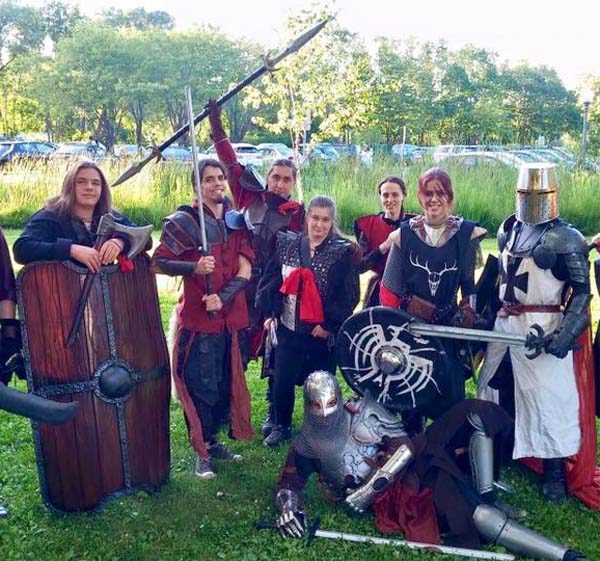 The mainstream press, deep state, Establishment, Cathedral, herd or whatever you want to call them — the agglomerate of human failure — wants to equate the Alt Right with Nazis, which as usual is a partial truth. Both Nazis and the Alt Right are nationalists who realize that democracy always tends Leftward, and so they want to junk the whole The Enlightenment™ agenda of equality and pluralism.

It is well and good enough to say that we are not Nazis, neo-Nazis or white supremacists, and while this is true, it still leaves the question of what the Alt Right believes:

I have been asked by multiple people what exactly the ideology of the alt-right is? The short answer is pragmatic nationalism. The alt-right does not really hold a set of conservative or liberal views on any one subject. The primary concern is that the policies chosen benefit America first. This means that on some issues we can side with the left and on others with the right.

The Alt Right does not have an ideology; ideologies are wishful thinking about how nature should operate according to a human-centric and reality-denying position. On the other hand, the Alt Right like conservatives are from the realist camp: we see how nature works, its patterns and the reasons why it does things the way it does, and we adapt to those and then improve ourselves so that we can attain excellence. Our goal is not to redefine reality through a human perspective, but to make humans understand reality.

However, any outlook consists of both beliefs and logical truths (I prefer the phrase “logical facts”) and the Alt Right has a few ideas of its own. These have been oversimplified by various for-profit entities like the Alt Lite, but really, we can boil the Alt Right down to a few realizations about the nature of reality:

These realizations manifest in certain desired outcomes which are designed to restore Western Civilization.

Pan-nationalism sees nationalism and homogeneity as a prerequisite for any society to be successful, and as a result does not target specific ethnic groups as “bad” but suggests that each ethnic group needs its own place:

Pan-nationalism, or world nationalism, is the idea that each ethnic-cultural group (joined by language, heritage and culture) deserves its own nation. Pan-nationalism suggests that no nationalist can afford to work only for his or her own tribe, but must realize that all tribes are joined in the same quest: to bring about a nationalist order on earth. Our enemy is not each other. Our enemy is the system of “modern society” that exploits us. Our goal is to re-structure modern society to keep its good aspects (technology) and weed out its destructive aspects. This is achieved by putting culture before commerce in every nation on earth, and our method of reaching this is Pan-Nationalism.

Nationalism is more than a political idea; it is a form of social order which bonds people to community, nature, history, heritage, customs and future:

Nationalism develops from the idea that the nation, in contrast to the nation-state, is formed of the indigenous people to an area. It is the longest-lasting and most sensible form of government, for it groups together people who have culture, heritage and language in common. The modern nation-state imposes political boundaries on an area, moves people into it, and declares it a “nation,” but without this lack of inherent consensus such states become marketplaces instead of living cultural entities.

Nationalism advocates a more meaningful life through a re-assertion of the organic bond between individual and society.

In a world where human thoughtlessness in the name of enhancing personal wealth is ruining our environment and turning our lives into passages between grey concrete tunnels to fulfill ultimately meaningless tasks, nationalism is a re-assertion of the organic bond between individual and society. By placing culture before commerce, nationalism advocates a more meaningful daily life. It ends the bad judgment and ugly cities justified by someone somewhere being willing to buy something, regardless of its eventual utility or indirect, socialized costs. Nationalism makes the state serve the people, where nation-state systems make the people serve the state.

White nationalism was an older form of pro-white activism. Its goal was to make all of the different white races equal, and within them to erase caste distinctions, much as the National Socialists aspired to in Germany. By doing this, it creates a type of “ethno-Bolshevism” that denies much of what makes people individuals, including their ethnic and regional background, family and individual traits.

We have had enough of such modernist nonsense. The Alt Right is a movement to restore civilization in its organic form, not the managed mass culture nanny state that modernists prefer, and to do so, it reaches outside the narrow scope of white nationalism and applies nationalism in a positive form. For this reason, no matter what the media says, we are distinct and our audience prefers that.

Peter Hitchens: Electorate are Equally to Blame for Britain’s Mess | How You Know You Are Living in a Soft Totalitarian State