How Individualism Destroyed The West 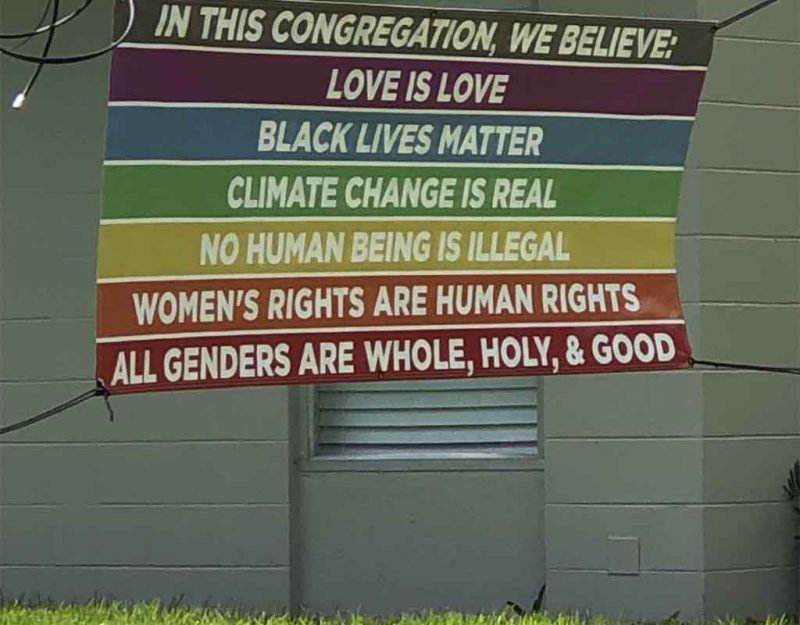 “Shouting into the wind” roughly describes the fate of thinking conservatives in this culture because most people cannot understand a complex argument, and those that can have forgotten their history. To them, history began a few generations ago because modern theory can only explain that far back.

For those who go further, history becomes not a linear progression of events, since civilizations rise and fall, but a series of cycles. Every civilization finds a good place, then just as happened in the Garden of Eden, experiences a Fall and drifts away, eventually finding doom.

Our goal is to be the first civilization that comes back from a fall, or at least, for enough of us who want to come back to break away, seize control of whatever we can, and drive back the collected miscellany of neurotics, sociopaths, criminals, parasites, schizoids, and perverts.

Unfortunately, we are well and truly fallen, having lost any memory of how things were done before modernity, and now dependent on modern language, symbols, and behaviors to find sanity again. As one source noted, the past now seems like another world despite conservatives having tried to hold on to it:

Like Cassandra, they predicted the future and no one listened. Lytle said in his last years, “We were better prophets than we knew. Things are worse now than we ever imagined. The problem was, no one believed that the society they knew could ever be taken from them. Now it’s gone forever.” Perhaps the greater tragedy — more modern than Aeschylean — is that people today don’t even know it existed.

This leads to a need for a necropsy so that we discover what went wrong, and how to avoid it in the future. Never say die. We will rise again, or at least some of us will, and we will get past this stage of history. We only encountered it because we succeeded in every other area.

We can look at many factors of our decline, but each of these will point to something before it. Was it democracy? Or The Enlightenment™ which gave it a theoretical justification? Maybe the Peasant Revolts, or the Magna Carta, the religious wars, or even the fall of Rome.

However, history can best be viewed as a series of events — visual imagery and acting out ideas — stretched on a framework of notions which changed as society did.

Sometime about a millennium ago, maybe slightly more, it became clear that Western Europe had succeeded Rome. It became the forefront of Western Civilization as Rome faded into confusion, perversity, corruption, mismanagement, and internal discord.

At that point, people breathed a little easier. They had beaten the demons that doomed almost every civilization. Already, it was clear that they were developing advanced art and music like Rome, their architecture rising from the primitive to the elegant. There was a race on to become successful.

Europe knew that others were competing. Its showdown with the Mongols was still ahead. The remnants of Persia showed signs of increasing, and people spoke of the wonders of the Orient. Even Ethiopia showed promise. Western Europe began to advance itself in style of Egypt, Greece, and Rome.

A half-millennium into the medieval period, the society of Western Europe began to change. The middle class was rising, having found ways to make money by selling to aristocrats and proles alike. Where aristocrats demanded quality, the proles like quantity, which made them an easier sale.

This birthed The Enlightenment,™ or the birth of individualism. Where previous thinking had emphasized external order — social, natural, caste, divine — the new way of thinking suggested that society existed as a support for the individual to chase what he decided was important.

Individualism translated into egalitarianism when applied to society because when addressing individuals, one must affirm individualism for each of them, which can only be applied by removing social rules and restraints equally so that each may achieve maximum lack of oversight.

We know classical liberals because they tend to endorse the free market. Instead of society enforcing realistic principles, they argue, we allow the markets to do so, because they are realistic and will reward the good and punish the bad.

Unfortunately, this quickly becomes overwhelmed when people form Crowds, and those crowds reward others who think the same things, and then they support each other and form a little gang within a society, attempting to control it.

In this way, classical liberalism always leads to Leftism, which is its parent. Both assume that people are equally capable of choice, and that these choices form a society, instead of the obvious which is that these choices divide society into many competing interests.

Unity works; disunity does not.

Individualism posits disunity as a virtue. For unity to exist, there must be some social, natural, or divine order which guides individuals to act as is necessary for civilization; with disunity, civilization acts like a business which facilitates the desires of individuals.

In turn, individuals give civilization their money through taxes, and that and voting comprise the sum total of their efforts to preserve and advance civilization. Not surprisingly, civilizations of this nature turn crass, flighty, and libertine.

These philosophies arise from utilitarianism, or the idea that whatever most people say they think will make them happy is the best option. Utilitarianism rejects hard answers and social order, and replaces it with the ever-changing whims of the populace.

Society transitioned from an order in which individuals fit, to an order which expands to fit all individuals, regardless of quality. This settles on a lowest common denominator consensus, and always expands to be more permissive, less orderly, and more base.

At the root of this was the desire of lower echelon people to believe that they could be higher echelon, which required them to discard the standards of excellence and organic proof of ability which selected the higher echelon.

The French Revolution provides the best example of this pathology:

The French Revolution had general causes common to all the revolutions of the West at the end of the 18th century and particular causes that explain why it was by far the most violent and the most universally significant of these revolutions. The first of the general causes was the social structure of the West. The feudal regime had been weakened step-by-step and had already disappeared in parts of Europe. The increasingly numerous and prosperous elite of wealthy commoners—merchants, manufacturers, and professionals, often called the bourgeoisie—aspired to political power in those countries where it did not already possess it. The peasants, many of whom owned land, had attained an improved standard of living and education and wanted to get rid of the last vestiges of feudalism so as to acquire the full rights of landowners and to be free to increase their holdings. Furthermore, from about 1730, higher standards of living had reduced the mortality rate among adults considerably. This, together with other factors, had led to an increase in the population of Europe unprecedented for several centuries: it doubled between 1715 and 1800. For France, which with 26 million inhabitants in 1789 was the most populated country of Europe, the problem was most acute.

In other words, proles overpopulated themselves thanks to advances made by the aristocrats, and this in turn created a flourishing middle class who sold products to proles.

They were guided by the middle classes who saw in them a vast audience for products and services, following the bourgeois ideal that citizens have no obligation to citizenship, only to their own interests, having taken civilization for granted.

That in turn gives rise to the idea of linear history, or the notion that society has reached an ultimate state of evolution and will stay in this condition regardless of our actions.

With that assumption, the range of outlets for our efforts dwindled because change of the direction of civilization toward further individualism is assumed. Our only options involve helping others achieve greater degrees of individualism, something called “progress.”

This naturally arose from the individualism inherent to classical liberalism and other utilitarian philosophies:

Throughout much of history, the individual has been submerged in and subordinate to his clan, tribe, ethnic group, or kingdom. Liberalism is the culmination of developments in Western society that produced a sense of the importance of human individuality, a liberation of the individual from complete subservience to the group, and a relaxation of the tight hold of custom, law, and authority. In this respect, liberalism stands for the emancipation of the individual. See also individualism.

Utilitarianism comes to us from individualism because instead of measuring quality, which is outside of the control of the individual, it measures numbers of individuals (quantity) by relying on what they see as advancing their own happiness, even though this clearly dives toward a lowest common denominator that will drop every generation. Utilitarianism, by its emphasis on quantity, is the essence of egalitarianism:

In comparing the moral qualities of actions…we are led by our moral sense of virtue to judge thus; that in equal degrees of happiness, expected to proceed from the action, the virtue is in proportion to the number of persons to whom the happiness shall extend (and here the dignity, or moral importance of persons, may compensate numbers); and, in equal numbers, the virtue is the quantity of the happiness, or natural good; or that the virtue is in a compound ratio of the quantity of good, and number of enjoyers…so that that action is best, which procures the greatest happiness for the greatest numbers; and that worst, which, in like manner, occasions misery.

Over time, this process accelerates, to the point where now you can be either a socialist or a libertarian, but not someone who wants social order based on standards and goals like excellence toward which we all aim. Unity is taboo.

If you wonder why modern society opposes nationalism, monarchism, IQ, and other forms of hierarchy so strongly, you can find the answers in the utilitarianism which supports our individualism and hence egalitarianism. We have rejected unity and standards as a model.

Since we are currently two and a half centuries into the final stage of this model, where democracy breaks down all order and gives way to a more authoritarian system, the roots of change are already flourishing. Our job is to push them to extremes as quickly as possible.