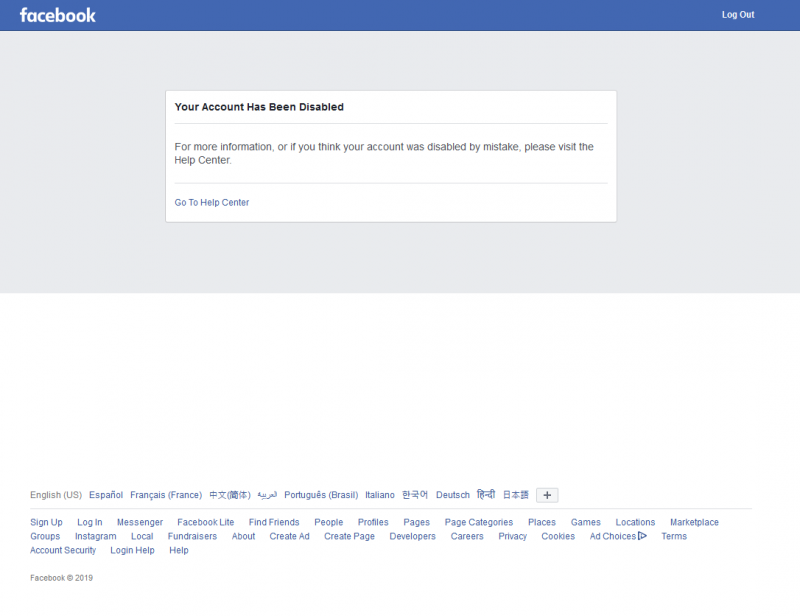 As if threatened by what I have to say, Facebook has finally banned me. They say “account disabled,” and in theory I can submit a copy of my government-issued photo identification to get access, but in reality somehow the requests are never approved.

It is interesting how this happens whenever the Right is pushing forward. My guess is that Leftists, much as they did with JournoList, gather together on third party services and coordinate hitting that REPORT button on a list of accounts they find bad.

Facebook hires low-cost workers to police this stuff, and they are not very bright, so when they see the report come in, they simply delete the account. This is easiest, and they will not get fired for it, because Facebook wants low controversy accounts posting cat pictures, photos of dinner, banal updates, and Leftist politics because Leftist politics are based on denying the failure of Western Civilization and applying palliative care — wealth redistribution, immigration, libertinism — instead of addressing the actual issue. Facebook, Twitter, Reddit, et al. want the audience of credulous “everything will work out fine” bourgeois conformists; this is a side effect of entitlements, which allow low-value people to have enough money to be consumers, where in the past they were ignored because they were useless, and business focused on the thriving middle class.

Every one of these people is morally bankrupt if not outright insane, but they do not care; egalitarianism has been the theme in the West since The Enlightenment,™ and it basically says that each individual is protected from attack by the crowd, unless they do something anti-egalitarian of course. Everything else, barring the big obvious taboos — rape, physical theft, assault — is acceptable, and this is how the proles like it, because that way their inherent tendency toward degeneracy will not get noticed and result in them being downranked in social status.

Facebook says that these are the reasons that they ban/disable accounts, but it has become clear that these are pretexts, excuses, justifications, and rationalizations instead of reasons:

One of Facebook’s main priorities is the comfort and safety of our members. The following things are not allowed on Facebook:

All of the above are written in Nanny State language. “For your best interests — we are protecting you!” but in fact, are vaguely written and selectively applied. No one gets banned for supporting Antifa, but if you mention support the Right, the Leftist complaint network and the Facebook censorship staff will do their best to suppress you.

I was not a heavy Facebook user, mostly just posting articles from Amerika, but this doubles down my resolve to build alternate networks to social media because social media is inherently centralized and therefore, untrustworthy. As long as one big company controls all accounts, it will respond to complaints, and Leftists are inherently whiners so are really good at complaining.

Companies like Google, Facebook, Twitter, Reddit, Spotify, Amazon, Apple, and Netflix have too much control over the internet and therefore over what we see and here. We are back to the days of controlled media from the 1960s-1990s, simply because most people want to use the internet to socialize, and therefore have flocked to these sites to show off how unique and cool they are.

A better future exists in going to internet forums, mailing lists, and blog comments, where we are separate from these companies. You will have to host them yourself, since you cannot trust companies like Automattic to protect speech rights, and in fact they will delete your massive amounts of work simply because you are too far to the Right: 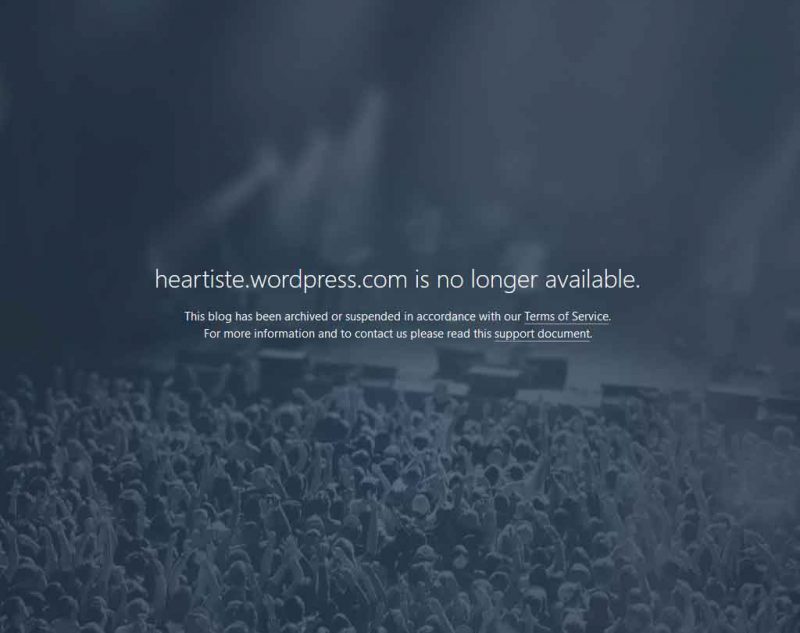 They are conducting the sweeps now. I notice that on Reddit, I have had to log in twice today, a sign that the admins are prowling through accounts looking for people to ban. My Twitter account was shadowbanned and then made a list of dangerous Right-wing thinkers that apparently ruffle Leftist feathers.

One wonders if this recent deranged banning spree is a response to the White House program to identify social media censorship or the bankruptcy of another Leftist media darling. Maybe, as my detractors will allege, I was banned as part of an Israeli network removed for having nationalistic opinions.

This whole tiresome episode shows us an internet in transition. The old way was finding lots of dummies on social media to spend all day scrolling through their phones; this has driven away all of the high-value consumers, so instead, they want as many of the lower-level people as they can get, and all of these are snowflakes who are sure that they are victims of anything but their own bad behavior. The new way is going to be something other than social media, because it has long ago failed to connect people and now is just much controlled propaganda as Russian news services.