It Is Time To Abandon Social Media 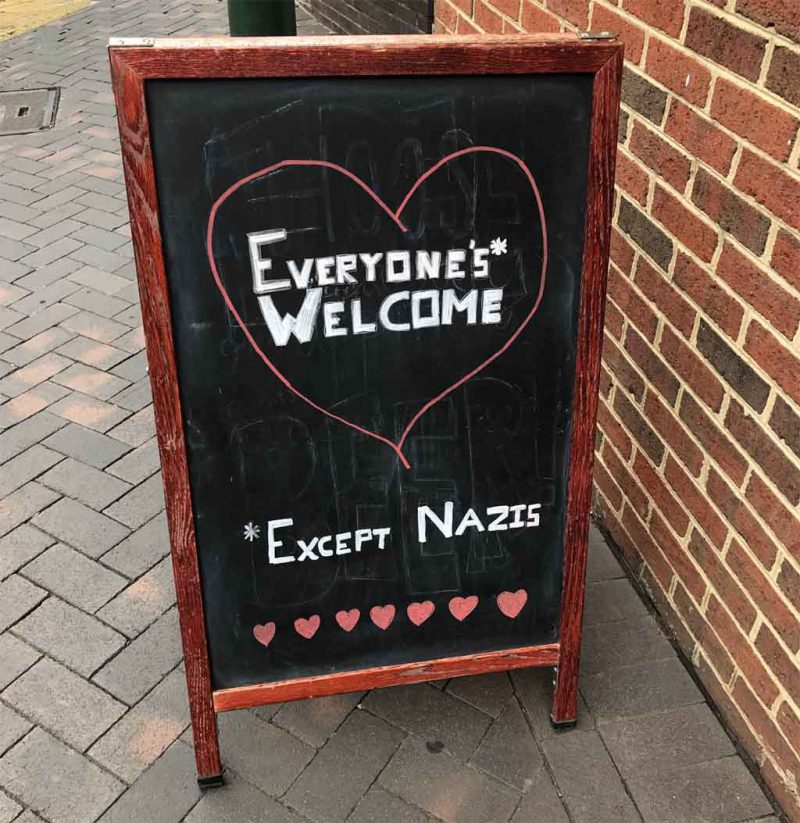 You may have noticed the removal of most social media icons from the top of our page. This reflects a new strategy: social media is dominated by Leftists, so we who are not Leftist should remove ourselves, so that social media has to reveal its actual bias instead of claiming to be a public space.

American law has gotten around to classifying some privately-owned spaces as public for the purpose of speech rights, but has not yet extended this to virtual town halls like private media has become. Social media is abusing this.

These companies act this way for a simple reason. Their business model is failing. As it turns out, internet advertising is not all that profitable. We have known this for almost a decade because of two crucial studies. The first tells us that the internet audience is smaller than we think:

Eight percent of the userbase accounts for eighty-five percent of the clicks. A followup study confirmed these figures. Even worse, these studies showed that most of these users were from households with less than $40,000 per year in income, which is not the demographic that advertisers desire.

This means that click-based internet advertising has been dead in the water for some time, so the industry has switched to eyeball-based advertising, or whether it can get people to view ads or videos. That does not work either, which we can see because the industry keeps faking its numbers:

“Based on a combination of publicly available research and Plaintiffs’ own analysis, among 18-34 years-olds in Chicago, for example, Facebook asserted its Potential Reach was approximately 4 times (400 per cent) higher than the number of real 18-34 year-olds with Facebook accounts in Chicago,” the complaint states. And in Kansas City, the complaint asserts, the number provided by Facebook was 200 per cent higher than the actual number of 18-to-54-year-olds with Facebook accounts in the area.

The above comes from one party in a lawsuit, so is not fully proven, but the numbers Facebook offers do not seem to be in contention. This is not the first time Facebook has been caught fiddling the numbers; the company over-estimated its reach and allowed fake fans to inflate numbers and artificially inflated the number of people viewing its videos.

Recently, Facebook shadowbanned a large conservative site, reducing its traffic to almost nothing. The problem has become so bad that even President Trump attacked it using his Twitter account, which Leftists have demanded be banned.

Similarly, Twitter has faced many fake accounts which misrepresented popularity as users bought fake followers and inflated user numbers. Twitter also used shadowbanning (how it works) against conservatives. Even Google has had to admit that much of its traffic is fake, and some studies found that 28% of internet traffic is bot activity.

Sites that would seem immune to this find themselves in controversy as it becomes clear that much of their traffic is fake, allowing advertisers to purchase importance in these supposedly grassroots communities. Researchers found that even a small number of votes could cause the “hive mind” to kick in and make otherwise unimportant items into crowd favorites.

Add this up, and we see that the social media industry is using a small number of users to represent a much wider audience, because mostly they are advertising to bots and people who spend all day on the internet because they are impoverished, disabled, retired, or otherwise out of the mainstream of commerce. The traffic is fake.

The industry responded to this with a series of crackdowns that, judging by the recent Facebook numbers, have not worked. Instead, it has focused on its core audience: bored Leftists, who consume more media and tend to have less demanding jobs, because it can use them as “warm bodies” to keep its numbers up and continue hiding how ineffective its strategy is.

In addition, political correctness has made many topics of vital importance to conservatives too controversial for advertisers. Talk about class, race, and sex differences is taboo; rejection of political correctness and its flagship, Civil Rights and diversity, is also off the table; any opinion that goes against the hivemind is “controversial.” Social media sites are working diligently to eliminate these.

That trend reflects the ongoing collapse of media as people abandon newspapers that have become propaganda organs:

The Pew Research Center recently reported that due to declining readership and advertising sales, employment of news personnel since 2007 – a time when smartphones and social media burst onto the scene – dropped by nearly half: 74,000 to 39,000.

Many media analysts believe it won’t be long before print newspapers disappear. If it happens, they in large part will be devoured by a voracious horde of online and social media, many of which have little respect for the notion that the first function of news reporting is to present good, honest, factual and relevant information about the community it serves.

That means holding up a mirror to the community and reflecting it back – an honest mirror, not a distorted fun house mirror, as is often the case these days.

Americans — and likely Europeans as well — have a record low trust in media as a result of its bias:

…Democrats are more likely than others to have “a lot” of trust in the information from national news organizations: 27% do, compared with 15% of Republicans and 13% of Independents.

As the pool of those who trust in the media decreases, media turns to those it can count on it to trust and it keep viewing those adds, which is almost exclusively people on the Left. The Right and Independents have retreated from mainstream media because 93% of journalists are Left-leaning.

This means that in the future, social media will continue to remove conservatives who are not of the milquetoast Buckleyite variety who are basically libertarians who agonize over abortion and the loss of church attendance. Any actual conservative opinions will be removed in order to maintain a “safe space” for the Left-leaning PC crowd.

Conservatives tried to fight this by doubling down on their presence on these sites, but all they are doing is legitimizing a series of illegitimate businesses who pretend to represent user opinion. Instead, these sites are manipulated by small groups who, being Leftists like their founders, work to obscure any dissenting opinion.

Instead of giving credence to this illusion, conservatives should fight back by removing themselves from these sites. We want to be able to speak freely, instead of having to fit within narrow confines defined by the opposition. We want the hivemind to be blind to anything but its own view. We also want these sites to fail.

By reducing them to their fanatical SJW/PC audience, conservative withdrawal from these sites will reveal them as what they are: echo chambers for the Left. In doing so, the Right can remove the assumption of legitimacy from these sites and force a separation of audiences.

The Left will go the big social media sites, the equivalent of fast food, and the Right will return the internet to its original purpose. Instead of a few big sites, we will have many smaller sites producing a diversity of opinion, and this will reveal the uniform expression on the big sites to be as fake as it is.

The social media business model is failing. It will take years for this to hit rock bottom, but all of these sites are following the “MySpace arc” where an initial audience of interesting people is replaced by a massive herd who tends to repeat what it saw on television or opinions validated by its local baristas.

We want to break away from this stuff. Not only is it fake, but it is most likely bad for us, since sitting around staring at screens and caring about what some canny influencers think is a formula for feeling left out and agitated. Instead, we can build useful things, and do so in a way that is invisible to the Left.

Accelerating the separation between Right and Left serves us because it differentiates us from “business as usual” as it has been since the end of WW2. Every step we take to remove ourselves from the Left in turn isolates the Left, and forces them into terminal repetition because they have no dissenting opinion to attack.

Instead, they will be revealed for what they are, a churning propaganda machine that repeats the same material ad nauseam. If you go on social media, go on the sites that are favorable to free speech, and stay away from these dishonest Leftist companies and cease buoying their failing business model.

That’s my $0.02, worth a lot less after Obama got done with the American economy.

Counterpoint: The Role Of Christianity In A Nationalist Future | Diversity Voting Creates A Lack Of Faith