Escaping Our Fascination With Nazism 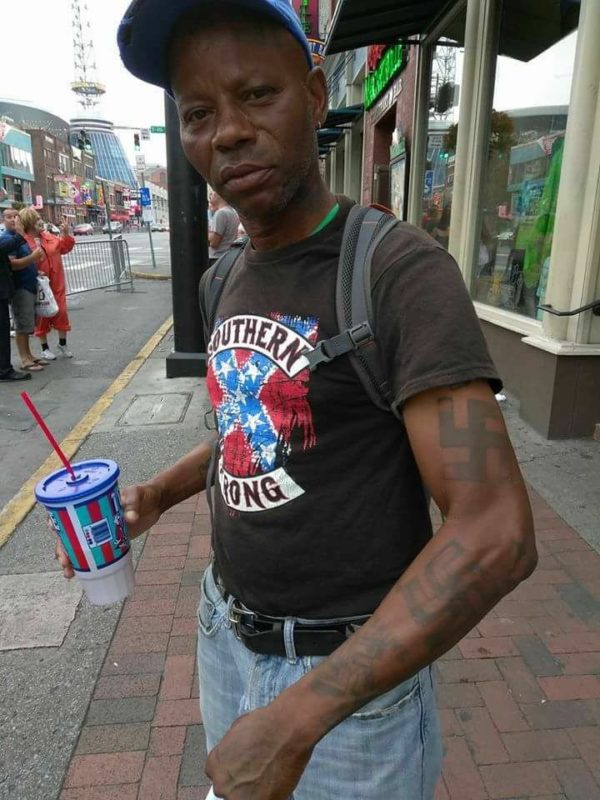 Hitler will always fascinate the West because his Reich was the last vestige of what most of us think of as the old order, where society had structure, there was a right and wrong, and a nation was defined by one ethnic group instead of being a nation-state of whoever showed up and paid taxes. His fall was the announcement that the West had given up.

At the same time, we should remember that in bad times, even good things are tainted with doubt, and so what Hitler thought was right was divergent from what was. His regime was not particularly traditional, not fully nationalist, and modern to the degree that it corrupted whatever message or principle he was hoping to establish.

Future historians may summarize the Nazis as dualistic; they both attempted to re-create an older social order, and chose to do so by using the modern method of finding a message that would motivate the masses toward a singular purpose. If Nazism had a thesis, it would be that we can use mass culture as a means of undoing mass culture, and not surprisingly, this paradoxical attempt failed.

The Left says Hitler was a Right-winger and in fact as far Right as we should dare imagine; the Right says that he was a Leftist. The Right is more correct: Hitler, while he incorporated some goals of the Right in his plan, chose to implement it through Leftist methods and a desire to create an egalitarian society, just one based on race and not citizenship.

In particular, he borrowed a great deal from the Communists:

Adolf Hitler, who admired Stalin for his ruthlessness and called him a â€œgenius,â€ was also heavily influenced by Marx. â€œI have learned a great deal from Marxism,â€ Hitler said, â€œas I do not hesitate to admit.â€ Throughout his youth, Hitler â€œnever shunned the company of Marxistsâ€ and believed that while the â€œpetit bourgeois Social Democrat â€¦ will never make a National Socialist â€¦ the Communist always will.â€

Hitlerâ€™s â€œdifferences with the communistsâ€, argued Watson, â€œwere less ideological than tacticalâ€. Hitler embraced German nationalism so as not to â€œcompete with Marxism on its own groundâ€, but explicitly acknowledged that â€œâ€˜the whole of national socialismâ€™ was based on Marxâ€. It is, therefore, unsurprising that Nazi Germany, with its concentration camps and omnipresent secret police, came so closely to resemble the Soviet Union.

How much did the Nazis learn from the Soviets?

In his 1947 memoir Commandant of Auschwitz: The Autobiography of Rudolf Hoess, Hoess recalled that the Germans knew of the Soviet program of extermination of the enemies of the state through forced labour as early as 1939. â€œIf, for example, in building a canal, the inmates of a [Soviet] camp were used up, thousands of fresh kulaks or other unreliable elements were called in who, in their turn, would be used up.â€ The Nazis would use the same tactic on the Jewish slave laborers in, for example, munition factories.

Following their invasion of the Soviet Union in 1941, wrote Watson, the Germans collected information on the immense scale of the Soviet camp system and were impressed by the â€œSoviet readiness to destroy whole categories of people through forced laborâ€.

As some have noted, the tactics of the French Revolution were applied in Nazi Germany, just more efficiently than neurotic French Leftists could imagine. Where the French marched whole families to the guillotine, the Nazis attempted to deport them, then used them as slave labor, and finally when that failed, began to liquidate them.

National Socialism, as an idea, combined the need for nationalism — rising in Europe as nation-states became unstable and fragmented — with the dominant strain of European government at the time, which was increasingly socialist, and incorporated some aspects of the capitalist-driven fascist corporate State.

It did not swing to the far Right, which has always been those who hope to conserve l’ancien rÃ©gime which is a society with caste, aristocracy, elite culture, hierarchy, customs, and a code of honor motivated by virtue. No modern government can emulate that because the basic idea of modernity, mass motivation, requires an equal herd clamoring for some trend or another.

The Nazis chose to make their message one that would motivate a group and, in doing so, reduced its meaning to what fit the expectations of the crowd, instead of what was needed. Having done that, the Nazis could no longer control public expectation, and got carried away with their rhetoric, making them both arrogant and cruel.

People imagine that Hitler was a successful totalitarian, but in fact, he was ruled by his people as much as he ruled them. They rebuked him on his attempt to ban smoking, and enjoyed a more comfortable standard of living even during the war than people did in the rest of the West. The Crowd shared in the dictatorship.

Not surprisingly, the Nazis showed signs of crowd infiltration even in their political statements, as we can see with these excerpts from The 25 Points of The Programme of the NSDAP:

16. We demand the creation and maintenance of a healthy middle class, the immediate communalizing of big department stores, and their lease at a cheap rate to small traders, and that the utmost consideration shall be shown to all small traders in the placing of State and municipal orders.

If we look at these through the wide-angle lens of history, they do not appear that much distinct from either those of the French Revolution or the Soviet Union: in the name of equality, a State is being formed to re-distribute wealth, and it requires total power to do so. The total power is not being taken from We The People, but from its natural hierarchy (aristocracy).

The West remains obsessed by Hitler mostly because the Left has used him as a convenient symbol for all things that they fear, which means all of the things that would un-do our current time, which not coincidentally are things that many of us crave because we detest the current time. But following their lead is to assign them power over us.

Perhaps the Left fixates on Hitler in order to distract us from the actual far-Right ideas out there like Traditionalism and Futurism, because if we get our hands on those, there is no way we will ever be satisfied with the managerial nanny state ever again. From a perspective that far to the Right, Hitler would appear as a slightly less Leftist version of our present time.

Nonetheless, Hitler still seduces us, mainly because he stands for the return of leadership that actually cares about civilization instead of using civilization as its own meal ticket. Democracy stands for nothing except hollow promises about free speech, free association, and use of your own property that turn out to be lies, as it goes in search of (endless) new forms of funding.

First it was taxes, then it was immigrants, and in the future, they will probably charge you directly to be part of their society, and then tax you. Sales taxes, property taxes, state taxes, licensing fees, income taxes, tariffs which the consumer ultimately pays for, mandatory inspections, and payroll deductions: they kill you with the death of a thousand cuts and it is not about money. It is about power.

Right now, we summarize WW2 by saying that Hitler was evil and the Allies were mostly good. In the near future, we will recognize that the Allies were not mostly good, mainly because they fought a war of attrition against Europe in the name of what became fully Communist Leftism. In the distant future, people will see the Allies as the bad guys, and Hitler as an unfortunate but predictable response. Years after that, they will see the Holocaust as predictable and avoidable too.

At some point, we will dig out Theodor Herzl and realize that he was one of the first — after Plato, Aristotle, Nietzsche, and others — anti-diversity philosophers. His point was not that the French were bad, but that the Dreyfuss Affair was predictable, because when you stand out from the rest, you will get scapegoated in times of crisis.

This originates in practical reasoning. If the group is basically in agreement, and they are all doing the same roughly right thing, then if something goes wrong either “right was wrong” or there was a sabotage, and suspicion is naturally cast on those who are not doing the right thing like everyone else because they are different. It does not matter how they are different, or who they are, but just the fact of being different alone qualifies them to be a threat or scapegoat.

Jews have been booted out of 109 nations not because Jews are bad, but because being Other is bad. Diversity never works. Jewish groups also have a history of going into nations and taking things out of context, like “work hard, get ahead.” Among a native population, this is understood as part of a social process; to an outsider, it is a singular task that eclipses all others, and is more easily undertaken, because they have no need to participate in that culture and its intricate sorting rules that choose people above others.

Jews, like Chinese, Koreans, and Japanese in the current USA, throw everything normal out the window and go for the throat of education and business. This alone makes them a target, but perceived or actual nepotism — probably a mix of both — and a tendency to lean toward politics and behaviors that emphasize their Otherness also make them a perpetually resented force. This is why the Holocaust was predictable, and in more honest times in the future, we will say that, without approving of the Holocaust at all, because mass murder of families is a Leftist thing and Leftism is a form of brain disorder.

When the future looks back on the twentieth century, it will see that we created all of our own problems through theories that focused on what the audience wanted — equality, diversity, feminism, socialism — instead of what our best people knew must be done to make civilization as an organic whole thrive. As time goes on, Hitler loses his sting, but we still see him as the only force that stood up to the perpetual encroachment of herd behavior, which always focuses on what the audience wants.

The most terrifying taboo out there now is not Nazism; it is the idea that people want to restore Western Civilization, which in turn would make the Left obsolete and forgotten. It would also bypass the intermediate stage that Hitler tried to turn into a future, and avoid the fate he encountered by his own hand.