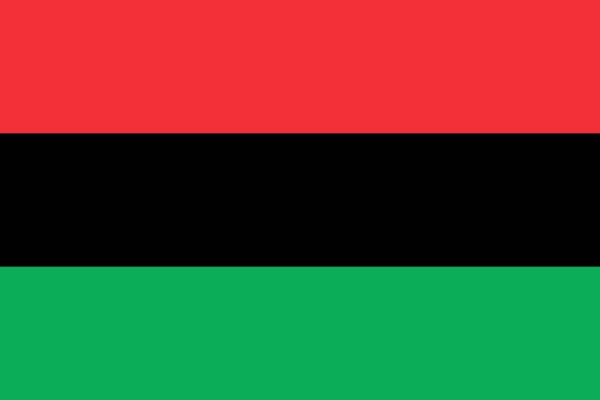 Former US President James Earl Carter had a reputation for being a bumbler. When he famously told Playboy Magazine about the lust in his heart, a significant plurality of the electorate probably questioned whether he had any in his pants.

The Iranian Revolutionaries under The Ayotollah Khommeni certainly experienced a sadistic joy in treating him as a eunuch. He barely beat the unelected place-holder who pardoned Richard M. Nixon in 1976 and was both subsequently and emphatically vanquished from making important decisions in the Election of 1980. He did, however, accomplish a thing or two before he went on to build houses and lecture people on Leftist Morality.

One rather regrettable accomplishment Carter and Andrew Young had an evil hand in was the rise of Zimbabwian Socialist Dictator and Scourge Robert Mugabe.

Messrs. Carter and Young would only countenance a settlement in which Mr. Mugabe, a Marxist who had repeatedly made clear his intention to turn Zimbabwe into a one-party state, played a leading role. Mr. Young, displaying the willful naivetÃ© that came to characterize Mr. Carter’s mindset, told the London Times that Mr. Mugabe was a “very gentle man” whom he “can’t imagine â€¦ ever pulling the trigger on a gun to kill anyone.” Mr. Mugabe already had pulled the trigger on many innocent people, though. And not long after taking power in 1980, he killed about 25,000 people belonging to a minority tribe, the Ndebele. In spite of this, in 1989, Mr. Carter launched his “Project Africa” in Zimbabwe, a program aimed at helping African countries maintain food sustainability.

So how well did “Project Africa” do? After twenty years of gentle leadership, President For Life Mugabe resorted to white genocide when nobody in the Zimbabweian electorate with a brain would provide him with a fig leaf of legitimacy.

In 2000 Mugabe organized a referendum on a new Zimbabwean constitution that would expand the powers of the presidency and allow the government to seize white-owned land. Groups opposed to the constitution formed the Movement for Democratic Change (MDC), which successfully campaigned for a â€œnoâ€ vote in the referendum. That same year, groups of individuals calling themselves â€œwar veteransâ€â€”though many were not old enough to have been part of Zimbabweâ€™s independence struggleâ€”began invading white-owned farms. Violence caused many of Zimbabweâ€™s whites to flee the country. Zimbabweâ€™s commercial farming collapsed, triggering years of hyperinflation and food shortages that created a nation of impoverished billionaires.

And just how well did Mr. Mugabe support Mr. Carter’s dedication to world democracy? Mugabe reminds me of Hillary Clinton in 2016. Elections are sancrosanct until a leftist actually fails to win one.

Before the 2008 elections, he said: “If you lose an election and are rejected by the people, it is time to leave politics.” But after coming second to Morgan Tsvangirai, Mr Mugabe displayed more characteristic defiance, swearing that “only God” could remove him from office.

And what impact did that have on the lives of his people? About what you’d expect from a guy who hired the North Koreans to train an internal repression force.

Mr Mugabe once famously said that a country could never go bankrupt – with the world’s fastest-shrinking economy and annual inflation of 231 million per cent in July 2008, it seemed as though he was determined to test his theory to the limit. Professor Tony Hawkins of the University of Zimbabwe once observed that with Zimbabwe’s former leader: “Whenever economics gets in the way of politics, politics wins every time.”

Ultimately Robert Mugabe accomplished what every Leftist who seeks power dreams of. He achieved equality. He destroyed the economy, the currency, the food production system and the entire old White Aristocracy represented by Ian Smith. Robert Mugabe did all of this while living in a $7 Million palatial estate. As befits a poor and dying nation; it serves as a Poor Man’s Versailles.

He often said he would only step down when his “revolution” was complete. He was referring to the redistribution of white-owned land but he also wanted to hand-pick his successor, who would of course have had to come from the ranks of his Zanu-PF party. Didymus Mutasa, once one of Mr Mugabe’s closest associates but who has since fallen out with him, once told the BBC that in Zimbabwean culture, kings were only replaced when they die “and Mugabe is our king”.

And now Mugabe reaches his twilight. He is a nonagenarian dotard clinging to consciousness as he simultaneously loses his grip on power. His purported successor is a former crony dubbed not-so-affectionately “The Crocodile”. The Crocodile will only devour the bloated corpse of a forlorn Land of Mordor laid to waste by a Leftist unfettered.

Even The Atlantic is forced to acknowledge the awful truth of unrestrained Socialism. Here they list the ten ways Robert Mugabe murdered Rhodesia.

Now the Leftists try to run from Mugabe they way they are running from the Leftist Legacy of Charles Manson here in Amerika.

In June 2007 Mugabe became the first international figure to be stripped of an honorary degree by a British university when Edinburgh withdrew one it had awarded to him in 1984. The following year the University of Massachusetts revoked a law degree it had awarded in 1986 and the year after that, in September 2008, Michigan State University cancelled a law degree it had granted to Mugabe in 1990.

It is too late. The Left made Mugabe. The Left empowered Mugabe. The Left forever owns Mugabe. Who better achieved the goals every Leftist worshiper of The Zero holds near and dear to the heart? Certainly not Jimmy Carter who labors endlessly to build a habitat for a humanity that his leftist protegees like Yassir Arafat and Robert Mugabe labor manfully to exterminate or render forever equal in utter and complete immiseration.

Dominance Of Asiatic Admixture In Caucasians | Escaping Our Fascination With Nazism