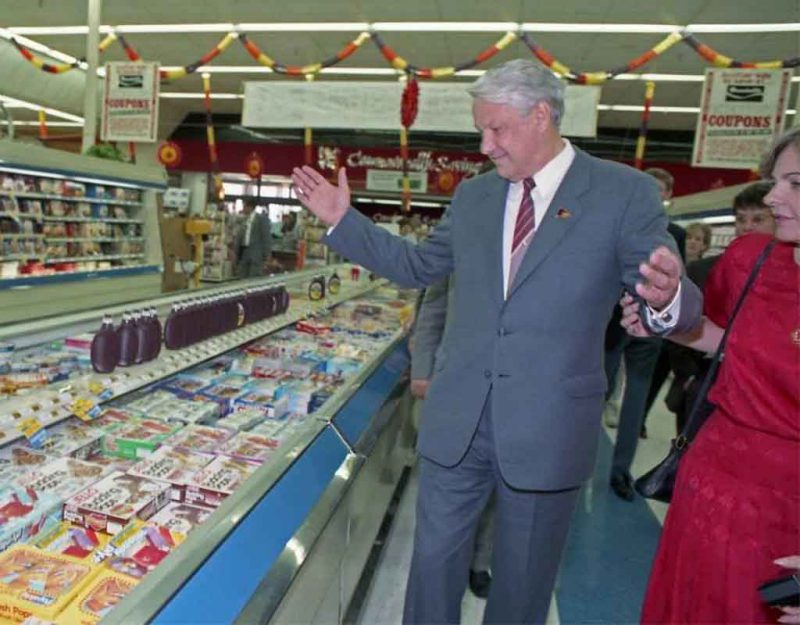 Start with the notion that people in groups make decisions in order to adapt to the group, not the reality of the environment in which their plans must be carried out. Group disapproval hits quicker, and is more damaging to the individual, so people conform to the group instead of adapting to reality. This is the “committee effect.”

Next, consider that people relate to things which ping! harder in their big brains than they do to distant and possibly not personal consequences in the world. Emotions, excitation, symbols, images, fears, and the threat of loss of social group status all hit harder than reality.

Then, we need to consider the Dunning-Kruger Effect and the Bell Curve; basically, those at the bottom of the curve are wired to be oblivious to nature while they reproduce profligately, while those at the top tend to have fewer offspring and be outbred, then overthrown with class warfare. All great civilizations perish by this event.

Finally, we have to look at a grim truth of humanity itself: our judgment and analysis skills are not so good, with only a few exceptions. Doing what most people think is a good idea is a formula for failure. As Robert A. Heinlein once wrote through curmudgeon savant Lazarus Long, the default state of humanity is the minimum subsistence above absolute failure:

Throughout history, poverty is the normal condition of man. Advances which permit this norm to be exceeded — here and there, now and then — are the work of an extremely small minority, frequently despised, often condemned, and almost always opposed by all right-thinking people. Whenever this tiny minority is kept from creating, or (as sometimes happens) is driven out of a society, the people then slip back into abject poverty. This is known as “bad luck.”

If you wonder why your society seems to have suddenly stopped thriving, look to these effects in coordination, since all of them relate to the decay that happens when we abandon direct natural selection for civilization, which in turn allows the insufficiently adapted to survive while encouraging the illusions of those who are clever but not fully intelligent (the middle classes).

The only solution known to history is to replicate natural selection within our civilizations, which requires finding the best and most sensitive analysts and having them in turn select who is promoted. This creates a constant upward pressure toward improvement; without it, society selects for the weak and makes them equal, effectively driving out the best and having them be ruled by the rest.

In our current Left-influenced vernacular, this is known as “elitism” and it is thought to be very bad. Naturally when most people are bunglers, among the least popular ideas we can find the only ones that will potentially save us from ourselves.