by Nicholas Marville on November 8, 2011 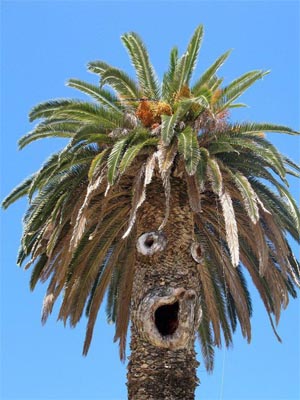 For a while on amerika.org there has been a raging debate about the financial crisis and who is to blame for it.

I pointed out there are basically two sides: The Open Society myth-propagating bourgeois, who somehow think our Postmodern finance-Capitalism still has anything to do with meritocracy. The other sideÂ essentially consists ofÂ the more historically aware people who have affirmed the fact that we do not live in an Open Society at all.

Our Postmodern society propagates the myth that we are all equal, to lull people asleep. Most people buy this crap because they personally are not ambitious and as such never run into the invisible walls keeping them back from the actually influential positions. They just want to be thrown their daily loaf of bread and watch football and theyâ€™re fine.

However, if you have ideas that are clearer and better argued than those ofÂ your superiors, in any organization you are regarded as a threat by the other control freaks. For this reason alone many incompetent people get promoted simply because they wonâ€™t get into the way, and afterward they can play the role of scapegoats.

The real masters never leave the shadows. Smart people in influential positionsÂ are dangerous because they know how to direct light towards those shadows. How would you run for a seat in Washington or Brussels without the support of the media? Without money by companies to bring yourself under attention through advertisements? You are just one man. You can’t get there unless you dance to the tunes of some larger fraction. Prove your loyalty and you may just have a shot. Raise your hand and wave bye bye to theÂ Open Society.

Generally, people like to think that they are being governed by an authority that is capable and in the end wants the best for everyone. This goes back to a letter from Ancient Egypt where two orphans paid some guy to writeÂ that letter to the pharaoh for them. It goes back to the peasants coming out of their cottages to touch the mantle of emperor Otto when he traveled across their fields. It goes back to people massively coming to weep at Stalinâ€™s funeral even though almost everyone had at least one family member that was arrested and transported to a gulag.

This should make clear why the Open-Society myth is still widely accepted. Put crudely, paperboy can become an astronaut and all that. Truth is this can only happen during a large political upheaval, when large chunks of nepotistic networks, the regular channels of promotion, are eliminated and when there is much pressure on getting competent people into influential positions fast.

I accept that nine out of ten people arenâ€™t interested in politics, and consider it not as a matter of life importance, but as just another optional part-time hobby. I accept that most people would rather color pictures of the Boston Tea party and get an A++ for their History exam, than to actually learn about the causes of the War of Independence and be presented with aÂ challenging test and maybe get a B. Heck, their parents will be happier if the test is easier, too. Because the knowledge in the world of nowadays doesnâ€™t count for shit; all that counts is the paperwork to â€œproveâ€ it. Which proves again the Open Society is a corrupt and infamous myth.

This is whatâ€™s going to happen: Letâ€™s take a politically incorrect party, such as Wilders and his PVV. Heâ€™s never going to get anything done. He may have a bunch of seats in the Parliament and in Brussels, but he doesnâ€™t have the state officials on his side. Because those are the factors that decide everything: Top-ranking state officials, lobbyists, the heads of big business, and the media. Bureaucracy. Money. Perception. Thatâ€™s the power right there. They have all the knowledge, all the connections. Politicians can give a bit of commentary but they have four years to present an image of themselves. After that jack goes back in the box. Everyone is too afraid of their image so no-one ever dares to seriously reform. Hence Obama adopted the Bush administration.

A few years ago when a minister introduced an obligatory tests for immigrants, this is what happened: Turks and Moroccans, for example, had to learn the language before they could move in. Else they would have no reasonable prospective of becoming part of the society. Therefore this proposal was welcomed by a moderate majority of parliament. However it was gunned down by some court in Brussels because it contradicted some â€œinalienable rightsâ€. Nobody ever voted for that decision.

Then a minister for the labor party came up and pointed out that many directors of public institutions, for example the cure cancer foundation and various variants of the feed poor kiddies in Africa foundation, kept major parts of the contributions to themselves. He also noticed there were reckless self-enrichment events going on in the banking sector.Â Hence heÂ intended to reform that. And pretty much everyone thought it was a good idea. Then some constitutional court came out of nowhere and said: â€œNo, you canâ€™t do that because thereâ€™s no legal ground to make such a decision if it involves other peopleâ€™s institutions.â€

Do I have to spell it out for you? Democracy has very, very little to do with what actually happens in a state. Thereâ€™s only one ground that is truly considered when it comes to drawing up a bill:

Let me do my best to make clear what politics really is: In my city it was calculated that many customers were lured away from the center towards larger-scale shopping malls in other cities. The prognosis was that this would lead to a serious decline in the cityâ€™s population make-up and the tax income. So they started working on a large-scale building program to re-invent the center.

However the Environmentalist party and the Christian party unleashed all hell and had massive rallies to gun down the proposal. In the end they had a victory during the elections. But when it came to it, they never abandoned the project. They just said: â€œWell, the point of saying that nothing should really happen is behind us.â€ They didnâ€™t encourage the building-project but didnâ€™t slow it down either. So, I noticed, apparently something has been set in motion and for some reason they lacked the power and the will to unplug it. The truth is they lack the knowledge, control, and oversight of what professional state-officials are doing. And they donâ€™t want to look like idiots so they averted attention from the project and just muddled through those four years of governing term.

They made a mess of it and four years later the Liberals won the elections and made a coalition with the Socialist party. They picked the project back up, but decided to play it smart this time. They eliminated the section of the plan which had caused the biggest frustration, and pacified the most militant groups that had opposed the plan. The battle-readiness of the protesters had pretty much died down and they too had gotten weary of so many complicated procedures.

When I was on my way to the prole-protests, I met a biology professor. And he told me about how he sometimes had to deal with officials in Brussels. â€œI noticed something about them,â€ he said; â€œthese people never speak to ordinary folks, and they live in their own bubble. At the beginning of the conversation they delineate the discussion-space, and if you say anything beyond that space, they regard you as having placed yourself outside of the discussion.â€

This is what politics really is:

State officials cook up bills and proposals to keep society running. In those proposals, all that matters is feasibity and social stability: Can it actually be realized with the current means in the current circumstances, and will implementation cause social unrest and civil disobedient against the state? These are technicalities that canâ€™t move people, that canâ€™t inspire people. They feel no connection to something as bleak as that sort of reasoning. Which is where the politicians come in, to â€œtranslateâ€ the proposals. With other words to explain them with catchy phrases such as: â€œBut we believe in the power of people to take responsibility for their own lives!â€ (budget cuts) â€œWe believe we must ensure the social solidarity of our society!â€ (more state control)

I hope to have dismantled all of the naÃ¯ve bullshit once and for all. There is a very long way toÂ goÂ between popular sentiment and codified law. The “experts” throw a few crumbs to the masses (for exampleÂ entitlement programs). But if you fixate on that you miss the point of the real political struggle: The fact we are trapped in a state system that has its own stability as the only goal,Â in whichÂ any claims about ethics, values and moralityÂ are by definitionÂ reduced to private opinions.

With other words our state is a self-perpetuating engine, a self-rolling stone, whose trajectory can’t be evaluated in terms of a right or wrong direction. The experts are conditioned only to think: “Will this create a huge outrage if we do this,Â might it unravel the state?” For the rest they throw small benefit programs to chanceless people, inject a bit of funds hereÂ and there to stimulate business. Not because these things are Good or Just – it’sÂ primarily to keepÂ people docile.Â It’s just maintenance of the engine, to keep it running.

This leads into a discussion of proles versus elites in the finance crisis, but that is a wider issue that requires further dismantling of empty idols.