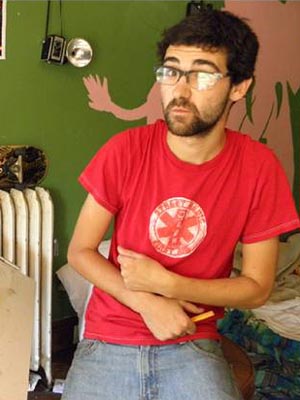 The MRM-sphere is slowly gaining momentum as it faces its own identity crisis: do we want to become another victims’ rights group, or are we a movement for a uniquely male place in the world?

Those who find masculinism more appealing than victimhood are not the most popular party in this debate, because victimhood has two salient advantages: it lets us follow the pattern that feminism set up, and that is a path of least resistance that lets us continue to live sloppy, careless lives.

However, that might not get us what we want.

Feminists and MRAs both say they want equal treatment under the law. The rub, for MRAs, is simply that feminists havenâ€™t made good on their promise of equality. They havenâ€™t, and they wonâ€™t â€“ because why should they? Average people (men and women alike) are not so idealistic that they would refuse it of the rules suddenly shifted in their favor. – Jack Donovan

“Equal treatment under the law” is a complete fallacy. No individuals are equal, and the genders are different enough that “equal” becomes a prescription, not a description. That means that humanity will have to rush in like a white knight and compensate somehow for those less equal than others.

This gets us right back to where we were.

If our situation were as simple as men facing discrimination, our job would be a lot easier. Instead, we’re trying to fight multiple symptoms (like discrimination) which share a common root, which is the bias of this society against men, or indeed against anyone who might be “more equal” than average.

Two full generations men before you that completely failed to tackle the forces that left you with no avenue but a life of self-indulgence, where ambition is defined only in short term goals and instant gratification…You come from a fatherless world…I am not talking about whether your father in particular was involved in your life. But I would bet (and no, GL, I donâ€™t have the Harvard study handy) that most all the young men in lifestyle Game or PUA had absent or systemically marginalized fathers. Even young men who have their fathers are impacted greatly by fatherless culture because of the kinds of social forces that culture creates. – Paul Elam

Our society starting hating men in 1789, when we started demanding that everyone be equal.

Equal means that those who rise above will be penalized, because that’s the only way to enforce equality. And while the egalitarians will tell us that they mean “equal opportunity,” that’s a sleight of hand. You cannot prove equal opportunity existed, so anytime someone rises above the others, they get torn down under the pretense of having had some unequal advantage.

It’s a lynch mob pretending to be the salvation of humankind. Their goal is to destroy anything above the average. They want to do that so that each of them feel OK and accepted even though they have no particular ability.

Now, this pattern happens time and again. Yes, we can trot out the Soviet Union, which collapsed from so little motivation that it couldn’t even make a functional automobile, or even the French Revolution, which destroyed so many people that the society caved in.

But you can even see this pattern in your average committee. A few people will monopolize the floor, speaking too much and not letting anyone else get a word in edgewise. Soon they control what is accepted as “truth” and “good.”

This happens in business, in non-profits, in churches and synagogues, even among atheists. It’s a human pitfall, like depression or any of the other snags of life that we try to out-maneuver daily.

1789 was followed by 200 years of warfare to establish this principle as winning out. Finally, in 1991 it won — by abandoning its hard-line edge with the Soviet Union, and instead embracing the kind of fat ‘n’ sloppy that makes America so wealthy and so frustrating. Consumerism and socialism joined as one.

The 1960s can be characterized as the switch from majoritarianism to minoritarianism in America, when the moral high ground shifted from the majority to anybody who can successfully characterize themselves as a victimized minority. – iSteve

Since that time, we’ve seen the same pattern from those committee meetings and revolutions mentioned above: a small group crowds out the rest and legitimizes incompetence if and only if that incompetence is paired with the right dogma, e.g. loudly proclaiming how we’re all equal and it’s great.

You can see this in how feminists work. At your average university, a couple of them penetrate the English department or the Philosophy department. Then they use passive aggression, or strategically being offended by others and thus demanding the punishment of those others, to remove anyone but the feminists.

Soon it’s like a prison gang. They rule, and to get ahead, you brain-numbingly repeat their warped dogma.

What is the price of allowing equal incompetence to predominate over the competent?

In 1995 the six largest bank holding companies (JPMorgan Chase, Bank of America, Citigroup, Wells Fargo, Goldman Sachs, and Morgan Stanleyâ€”some of which had somewhat different names at that time) had assets equal to 17 percent of U.S. GDP. By the end of 2006, this had risen to 55 percent, and by 2010 (Q3) to 64 percent.7

Our society is dying. No, “the corporations” didn’t do it — the voter did. The average person experienced a failing of personal moral responsibility and stopped making realistic decisions, and started making convenient ones. As a result, we threw away culture and let the incompetents rule us through commerce.

Now we live in a troubled world. Our technology is no longer advancing. We’re polluting the planet. Our cities are ugly, loud, filthy places where we sit around in cars because traffic is bad. Our jobs have been adjusted downward so idiots can do them, and as a result, they are boring. We can no longer have pleasant relationships between the sexes, so we use each other and then simmer in the swarming distrust.

One result of this is that as culture dies, and competence becomes rare, we become addicted to nanny state agencies like administrative government and large corporations that provide us with convenient but not necessarily healthy products. We have lost our will to act decisively, and have become couch-bound wimps.

If you wonder why masculinity is such a topic lately, this is why: we are fighting for our souls. We either decide we wish to be men who initiate, conquer and create, or we decide to become man-boys who fall back on the couch, play video games, and try to hide the fat girls they bring home on lonely nights.