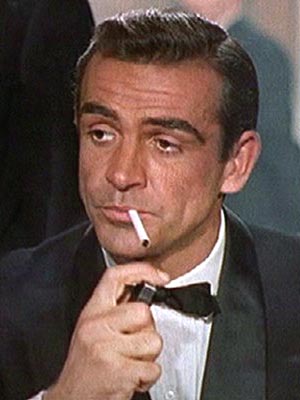 Before we get into any political drama, let’s talk about tradition.

Cognac in elegant glasses. Cigars in wood-paneled libraries. Shotguns and tophats as we stalk our wily prey throughout the countryside. Horses, athletes, and warriors struggling against all odds. Gentlemen who could kill at a word, then return to friendly shores to read books, drink tea and fix things around the house.

Tradition carries with it an important weight. This isn’t just the stuff that’s left over from the collapse of other ages; it’s the stuff that survived because it kept its meaning through good times and the bad, through the rollercoaster of life, and made people seek it out.

We tend to think of tradition as rules, but perhaps tradition is something else. Perhaps it is a vessel for our sacred delights, and the products of hard-won wisdom, such as comes after a ten-year voyage in a forgotten war blighted with betrayals, misfortunes and epic victories.

So why are MRAs afraid of tradition?

The MRM is divided between these two impulses. To the masculinists, the idea of adopting feminist-style victimhood politics and demanding equality strikes us as too humiliating, too broken in spirit and too passive. The FMRAs fear tradition because it would force them out of their defensive role.

Luckily, Bonald intervened with a compendium of quality points:

Rather that seeking to dignify men by rejuvenating patriarchal gender roles, [the traditionalist movement] seeks to help men achieve power, power in the service of self-gratification rather than service. Individualist â€œempowermentâ€ is a Satanic goal.

It is acknowledged that traditionalism and the alternative right represent a more radical critique of feminist society than the MRM, which only wants to relieve men of intolerable iniquities without questioning the Leftist/feminist order as a whole. – Throne and Altar, “So traditionalists and MRM canâ€™t work together after all?”

I want to set aside his use of the term “Satanic,” which is designed to provoke anyone who has a battered old Slayer CD hidden in their desk, and look at the salient points of this conflict.

The unemployment rate for males between 25 and 34 years old with high-school diplomas is 14.4%â€”up from 6.1% before the downturn four years ago and far above today’s 9% national rate. The picture is even more bleak for slightly younger men: 22.4% for high-school graduates 20 to 24 years old. That’s up from 10.4% four years ago.

“We’re at risk of having a generation of young males who aren’t well-connected to the labor market and who don’t feel strong ownership of community or society because they haven’t benefited from it,” says Ralph Catalano, a professor of public health at the University of California, Berkeley. – The Wall Street Journal, “Generation Jobless: Young Men Suffer Worst as Economy Staggers”

Your civilization has been so busy worrying about individuals that it forgot to put together a sensible society!

The basis of civilization after all is that “it just works” meaning that there are jobs, social roles and ways of handling transgressions. All of this has been upset because we have no direction. Instead of a direction, we stagger around trying to make sure every individual need is fulfilled.

Every individual need except those we think should be fine because they’re stronger or richer, like men. Men? They’re the ones who are oppressing those individuals, so if they do get jobs, tax them double.

What happens in a society of individualists is that the underdogs are defended from the stronger. They do this to preserve equality, because no one needs equality except the underdogs. Soon the quest for fairness gets re-styled into a quest to take from the strong and give to the weak.

You cannot have feminism without first having this underlying attitude.

What’s scary is that FMRAs want to preserve this attitude by trying to make men into victims, too! That’s not going to work. Underdogs always need a target, and they’re not going to target women just because some men claim to be injured.

Women are overtaking men in education and in the workplace, a senior Government minister said yesterday â€“ creating a new generation of stay-at-home fathers.

Universities minister David Willetts predicted relationships and traditional household structures will be transformed as the fairer sex powers ahead, and women earn more than their male partners.

Successful women will have to â€˜marry downâ€™ by choosing partners less qualified than them â€“ and may increasingly select men based on how supportive they might be to their careers, rather than whether they can support them financially. – The Daily Mail, “Intelligent women forced to ‘dumb down’ and find a less-educated man to marry”

Traditionalist MRAs are trying to rip out the problem of anti-male bias by the roots, while FMRAs are trying to apply symptomatic treatment. A daub of calomine lotion; there, that takes care of the itch. Have a shot glass of brandy to take away the pain. You get extra dessert tonight too.

But the problem remains. In fact, as traditionalists see it, the traditionalist solution is the one that addresses the injustices both men and women complain about — by giving men and women each a complementary, sacred role in which they have a guaranteed place of value in society.

Modern civilization fears that idea. In the name of the individual ego, it will enforce the ultimate conformity, which is (just as in high school) a dominion of what is popular over what is not uniformly pleasant and therefore unpopular.

Fame is the No. 1 value emphasized by television shows popular with 9- to 11-year-olds, a dramatic change over the past 10 years, UCLA psychologists report in a new study.

This is a problem because as men we are there for the unpopular problems. Our goal is not to flatter others, but to take on the hard challenges and fix them. This is our role. But the individualist-dominated society wants to exclude us, and replace us with chestless automatons, because individuals fear the stronger beast.

If you want to apply some calomine lotion, getting legal approval from society for you to be a victim and because it hurts so bad, to get extra sex from sluts and to stay in your apartment playing video games, well, that’s OK. It won’t change the problem.

But if you want to fix the problem, which seems to me a reasonably masculine way to handle any situation, then you’re going to have to go deeper, remove the underlying roots of the problem no matter how pleasant they seem, then face the unpleasant truth and correct it. That will require something like the traditionalist approach.