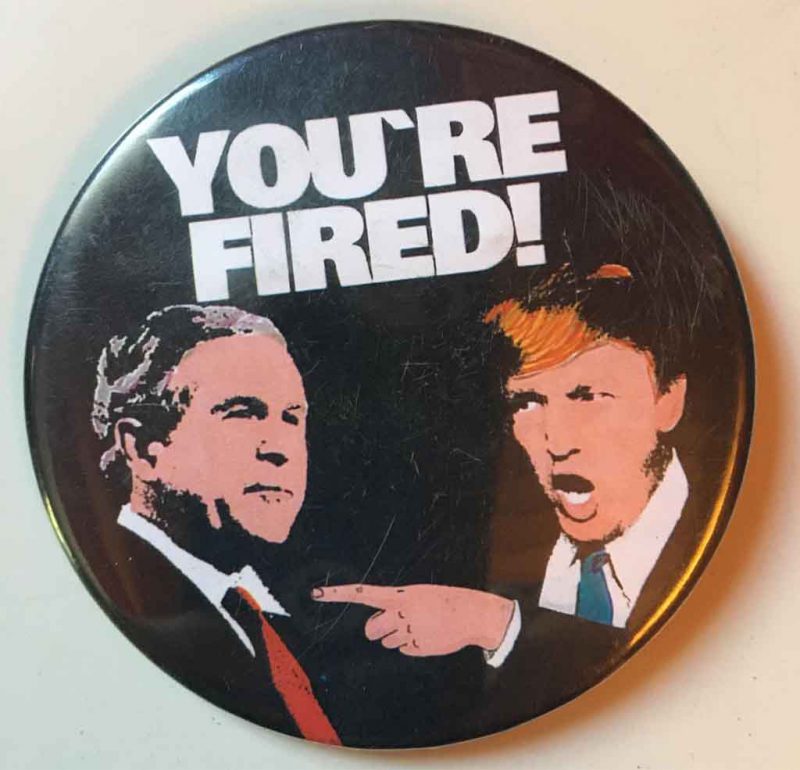 David Frum wants the parental unit that identifies as mommy. He’s in over his head, off the end of the pier, and realizes that perhaps scuba-diving in the shark-infested waters was a poor evolutionary strategy.

This pundit rose to regrettable prominence as the sniggering, neocon face of The Bush Dynasty of Evil Amerikan Emperors. He displays his unique gymnastic ability with words that allows him to put his head up his butt and his thumb in his mouth at the same time below.

Short of an election-eve exoneration by Robert Mueller, it would be hard to imagine a nicer October surprise for Donald Trump than an attempt by thousands of unauthorized immigrants to force the borders of the United States. It dramatizes every one of his themes, but none more spectacularly than this: his claim that his opponents will not defend the borders of the United States.

“Proves the implicit thesis of President Trump’s midterm election political message” would have been in greater service to the truth. Frum, being a NeverTrumper, now works for The Atlantic rather than the truth.

Just as Donald Trump has energized American conservatives to take a harder line on immigration, he’s had the opposite effect on his political opponents. It is, of course, crazy for the president to describe the caravan as “led” by Democrats, as he did in a tweet last week.

The fact that Donald Trump is tweeting about it at all shows us that Alinsky’s rules are not in effect within several miles of Mr. Trump. The entire code of honor that people like Senator Sasse and David Frum attempt to tie around Conservatives like a straight jacket has been discarded. It’s been two decades since Newt Gingrich actually went after Liberals with hammer and anvil. It’s been even longer since Ronald Reagan sent a few Cuckservative NRO-types to the political equivalent of a career-shoah. Trump is not something that Frum has any previous professional experience having to combat.

As seen through the mentally toxic and distorting atmosphere of Frumworld, Donald Trump is the real problem here. If we had ¡JEB! or Female Caligula in office, both the GOP and the Dems would be down there in Mexico competing to hand these “migrants” Gatorades and absentee ballots for key swing state political races. On Frumworld, you can call yourself any political name you want, as long as you remain a dutiful Globalist NPC. It’s Trump, not the organizers of this mass of gatecrasher humanity, that has stepped well out of line. He’s spoken the deplorable word ¡NATIONALISM!

In what way has The Donald sinned? He’s forced all various and sundry to acknowledge the existence of both nations and borders. This, in turn, implies the existence of cultures and creeds. These cultures and creeds encounter similar problems and achieve differing results. As one blog commentator put it “Stick a bunch of Whites on an Island and you get Great Britain. Put a bunch of Knee-Grows on an island and you get Haiti.”

Only sick Leftists and virtue-signaling Cuck-Evangelicals actually appreciate the ongoing existence of Haiti. Only those who hate and resent the presence of intellect, culture and achievement resent the continued existence of Great Britain. But we are supposed to believe in equality. Absent our prior unifying belief in God, we now have a hundred bullshit catechisms to ¡DIVERSITY! and ¡EQUALITY! which we are all supposed to celebrate like a North Korean missile parade.

But Frumworld’s uniquely dysgenic Overton Window has taken a rock through the pane. Ill-winds of national self-interest and cultural pride have blown away the annise-scented bong smoke of internationalism. And meanwhile, as the caravan approaches, the consequences of uncontrolled borders manifest as far away from El Paso as Nueva Jersey.

A seventh child who was treated at a long-term care medical facility in New Jersey has died after a “severe outbreak” of adenovirus, a family of viruses that can otherwise cause mild illness, according to the state’s Department of Health.

They can try to blame Amerika’s growing West Nile Virus Epidemic on climate change all they want. And, believe you me, they want to. To Pajama Boy Frum’s credit, he explains the underlying driving force of this desire to hermetically prevent the basic common sense understanding of how exotic, third world, people bring exotic, third world germs. To understand and calculate the costs of this sort of mass migration impose on stable, more productive societies is to totally disbelieve Dan Quayle’s immoral stupidity that Diversity is Our Strength.

If liberals insist that only fascists will defend borders, then voters will hire fascists to do the job liberals will not do. I’ve been pounding the drum for this warning since the European migration crisis accelerated in 2013. The warning holds as true as ever—and now it’s coming home.

And this is why Donald Trump will win the midterm elections in two weeks despite the pathetic, undeserving GOP that flaps around his neck like a an avian flu-bearing albatross.

When The Left Looks For A New Blank Check, Watch Out | Negative Boomer Resonance In South Africa