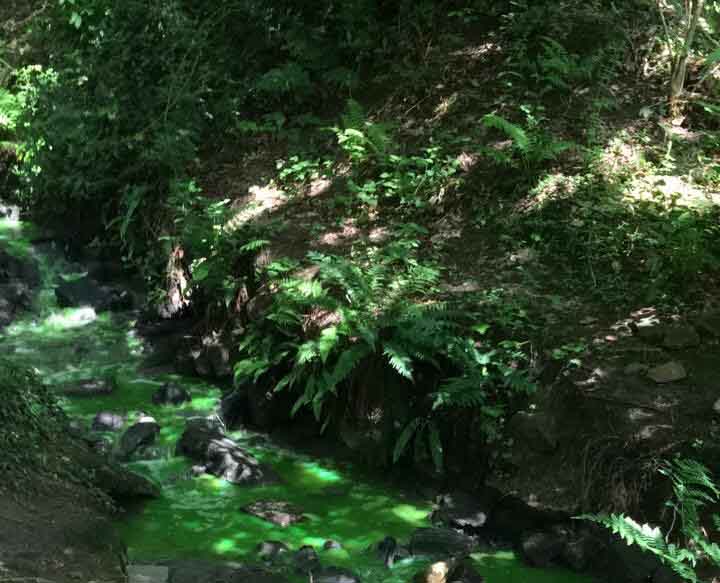 Science requires compiling details, drawing up theories, and then testing them. Humans get it wrong when they cut short the first step and, instead of having all of the necessary details, grab what appeals to them in order to make a point, and then using only that data, draw conclusions that are too broad.

That process, called “rationalization,” forms the heart of error in modernity. We cherry-pick data by excluding “non-conforming” data, and then end up with the conclusions we want that matched our suppositions. This fools enough people, and brings those responsible money and power, so the careerists win out by telling partial truths.

Usually, those partial truths support the intersection of egalitarianism and “the customer can do no wrong” style thinking common to middle class shopkeepers and thus once called bourgeois. The bourgeois mentality views all of society as a shopping mall where our only obligation is to make money and be “successful.”

People love to hear about global warming because it fits the narrative that we have used since the French Revolution. A few rich people are oppressing everyone else, so the solution is to overthrow them — in this case, by taking their wealth and technological power — and giving it to the others, Robin Hood style.

They do not want to hear that instead the problem is caused by the solution they want to believe is true, namely “people power” or a giant faceless mass tackling the problem through a single act of authoritarian government. That solution is mentally easy because they do not have to change as individuals, and as individualists, they believe that their right to resist adaptation is more important than Darwinism and morality.

Critics of the climate change narrative, most notably Michael Crichton, pointed out that more likely what we were seeing was local change caused by too much concrete, too many cars, and other artifacts of there being too many people in those areas.

The research team used satellite data to analyse changes in global vegetation cover from 2000 to 2015 and link these to changes in the surface energy balance. Modifying the vegetation cover alters the surface properties — such as the amount of heat dissipated by water evaporation and the level of radiation reflected back into space — which has a knock-on effect on local surface temperature. Their analysis reveals how recent land cover changes have ultimately made the planet warmer.

“We knew that forests have a role in regulating surface temperatures and that deforestation affects the climate, but this is the first global data-driven assessment that has enabled us to systematically map the biophysical mechanisms behind these processes”, explains Gregory Duveiller, lead author of the study.

…From a greenhouse gas perspective, the cutting of forests might only affect the global climate in the mid-to-long term. However, the scientists point out that local communities living in areas where the trees are cut will immediately be exposed to rising temperatures.

Where trees are cut, local areas are immediately exposed to rising temperatures. This makes sense because trees absorb sunlight and carbon dioxide as well as emitting moisture that cools the air. Instead of hitting green leaves, sunlight is either absorbed into dark surfaces or reflected by light ones, at which point it dissipates into the lower atmosphere.

In addition, trees regulate the temperature of the globe, so any local damage will have effects far away. This presents a problem because deforestation means there are fewer trees every year:

An estimated 18 million acres (7.3 million hectares) of forest, which is roughly the size of the country of Panama, are lost each year, according to the United Nations’ Food and Agriculture Organization (FAO).

…Though deforestation has increased rapidly in the past 50 years, it has been practiced throughout history. For example, 90 percent of continental United States’ indigenous forest has been removed since 1600. The World Resources Institute estimates that most of the world’s remaining indigenous forest is located in Canada, Alaska, Russia and the Northwestern Amazon basin.

Local effects also cause ecocide by interrupting ecosystems and endangering animals. Any species needs space to hunt, nest, mate, and roam. Without this, they become confined in small areas and inbreeding destroys these fragmented groups over time.

Much like the way that building roads, parking lots, fences, railways, and buildings causes the trees to go away and be replaced by a hotter local climate, leading in turn to displacement of jet streams, human population expansion also cuts down on the habitats of these animals.

As it turns out, this habitate reduction is more destructive than anticipated:

A global study of 57 species of mammals, published in the journal Science, has found that wildlife move far less in landscapes that have been altered by humans, a finding that could have implications for a range of issues, from how well natural systems function to finding ways to protect migratory species.

…Using the GPS collars that updated an animal’s location regularly and other data, the project found that vagility — the ability of an organism to move — declines in areas with human footprints by as much as half to two-thirds the distance than in places where there is little or no human activity.

“It is important that animals move, because in moving they carry out important ecological functions like transporting nutrients and seeds between different areas,” said Marlee Tucker, a biologist at Senckenberg Biodiversity and Climate Research Center and Goethe University, Frankfurt and the study’s lead author. The ability to move and find food helps keep some imperiled species viable.

When humans expand in an area, animals get a third to a half of the territory they need in order to survive as healthy species. In turn, this wrecks ecosystems in which different species depend on each other for food and regulation of the environment, such as how animals keep plants in check by eating a certain amount of them.

Under Leftist governments, which both provide subsidies to those who are failing and encourage reckless growth through demand-based economics, human population always grows from the bottom, meaning that those who are least capable are having the most children. This sets up an ecopocalypse.

To reverse that process, humanity would need to move away from its entitlement state in order to stop the bottom growth, and then adopt other policies, perhaps that seem radical now, such as setting aside half of the land for nature:

According to one recent report, the number of wild animals on Earth has halved in the past 40 years, as humans kill for food in unsustainable numbers and pollute or destroy habitats, and worse probably lies ahead.

…The current focus on protecting what humans are willing to spare for conservation is unscientific, they say. Instead, conservation targets should be determined by what is necessary to protect nature. This point is stressed by Harvey Locke, whose organisation, Nature Needs Half, takes a far bolder approach and campaigns for the preservation of fully 50% of our planet for wildlife by 2050.

…The idea is supported by E O Wilson, the distinguished Harvard biologist, in his most recent book, Half Earth. “We thrash about, appallingly led, with no particular goal other than economic growth and unfettered consumption,” he writes. “As a result, we’re extinguishing Earth’s biodiversity as though the species of the natural world are no better than weeds and kitchen vermin.” The solution, he says, is to fill half the planet with conservation zones — though just how this division is to be decided is not made clear in his book.

As humanity grows, it is content to take all of the good land for itself and push nature to the fringes. In a society of two billion, perhaps we could get away with that, but now that we are heading rapidly toward eight billion, our behavior will lead to many localized crashes of wild populations.

The important idea here comes straight from deep ecology, which says that we must preserve nature for its own sake and not ours. In other words, we change ourselves so that our behavior leads to coexistence simply because nature is great and beautiful on its own, and not merely to avoid causing ourselves problems in the long term.

This means that we would set aside half of all of the land, not just the half that we think we do not need. Our future civilizations would have a design pattern of using only half of the land available, and we would adapt to this by creating communities that are more integrated with their environment.

We have enough humans. If anything, our problem is quality control, namely that most of these humans can work repetitive jobs and go shopping, but contribute very little. In this sense, we will lose nothing by limiting the amount of land we use and thus, our numbers.

A reduction in the sheer flood of humans would allow local areas to recover and then, would begin reversing the climate effects in those areas. Even climate change fans have little reason to disagree with that.