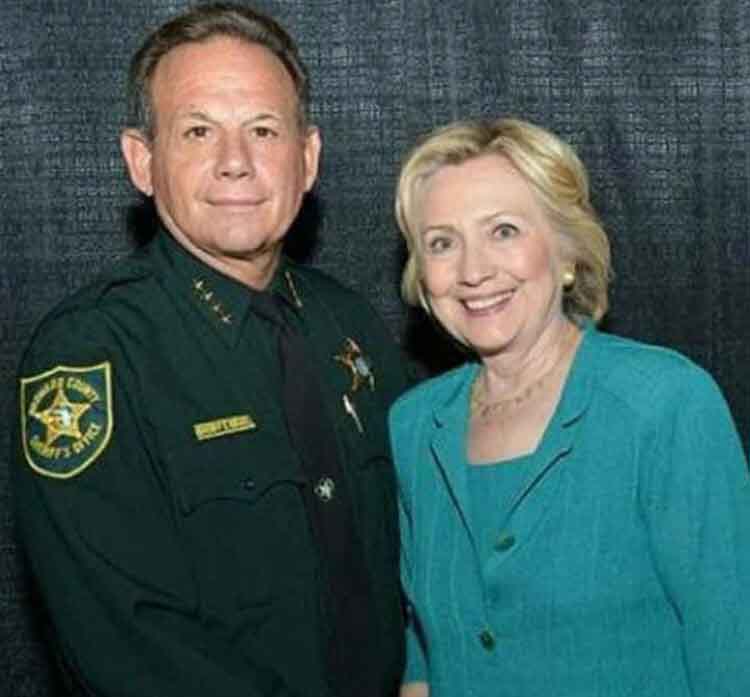 Institutional incompetence here in America has reached almost farcical levels and yet our failed leaders seem to evade accountability at every passing turn. To match that farce, indulge me in some Swiftian satire as we explore what we can do about this disaster.

What had started with Bill Clinton’s unpunished but nationally televised perjury over the Lewinsky scandal had snowballed during the presidential campaign of his wife and reached peak absurdity with the recent news of endless corruption in the Obama DOJ and FBI.

The story repeats itself in Parkland Florida where a useless police department botched every possible means of stopping a school shooting that resulted in the barbaric slaughter of over a dozen children:

Each day Americans wake up to hear new revelations of government incompetence that enabled the Parkland, Florida school shooting. First it was the Federal Bureau of Investigationâ€™s failure to follow existing protocols to investigate a highly detailed tip that the shooter was planning and had the means to do exactly what he did. The FBI and local police received at least four separate tips warning of the shootersâ€™ plans and means, and local police had received 45 calls summoning them to the familyâ€™s home since 2008.

Then we learned of the police officer â€” the only person initially onsite able to return the shooterâ€™s deadly force and tasked by his salary-paying community with doing precisely that â€” hesitated for approximately four minutes to enter the high school as students lay dying. Then local sources told reporters three other Broward County police officers joined that onsite officer in hiding behind their vehicles until police from another jurisdiction showed up. Reports say the Broward County police didnâ€™t even follow the others inside.

Instead of honoring their family names by committing Hari-Kari or some other form of violent suicide, deputy Scot Peterson merely resigned and while cowardly colleagues get to keep their jobs with reassigned duty to ensure maximum individualistic comfort. Furthermore, Parkland Sheriff Scott Israel arrogantly brushed off calls for his own resignation, ultimately concluding that there is no need for accountability after spending the preceding weeks casting blame on everyone from the NRA to congress.

Democracies are abandoned when the public loses trust in their institutions and right now America is riddled with this. Time and time again, our institutional leaders cause catastrophic damage to our nation and their people with no punishment in sight. To date, no one in the Bush administration or the media organizations of the 2000s have been held accountable for the “Saddam has Weapons of Mass Destruction” conspiracy theory.

Furthermore, a member of the inelegance community of that age, James Clapper, got to go on to head the NSA and perjure himself on camera with no consequence. Clapper is still paraded around the establishment media talk shows to this day, as if they’re mocking us to our faces. When the financial crisis came in 2008, the banks causing the collapse were not penalized but instead given government bailouts. And the everyday American eats the bill every single time.

Americans will never believe in our institutions again until we see blood. Resignations, reassignments, and electoral losses aren’t enough. We don’t want to see fines, prison time, or politicians voted out of power. We want to see Loretta Lynched, Barack beheaded, and Clapper fried to death in the electric chair without the sponge being wetted. The political exile of George W. Bush after his presidency isn’t enough, we need to amend section three of Article Three of the Constitution so we can eradicate the entire Bush bloodline.

If outright killing is not your thing, maybe we can get by with exile, which is my preferred option. With decades of incompetence punishing the people instead of the perpetrators, accountability can only happen on one of two ways. In public execution, or in the execution of democracy. It really is our choice.

What might appeal the most is to recognize that democracy has, as we were warned it would, yet again failed. If we want to really cut the neck of the Hydra instead of slashing at heads, we need to remove the system that gives these parasites power over us. Execute democracy; the time is nigh and we gain nothing by waiting.