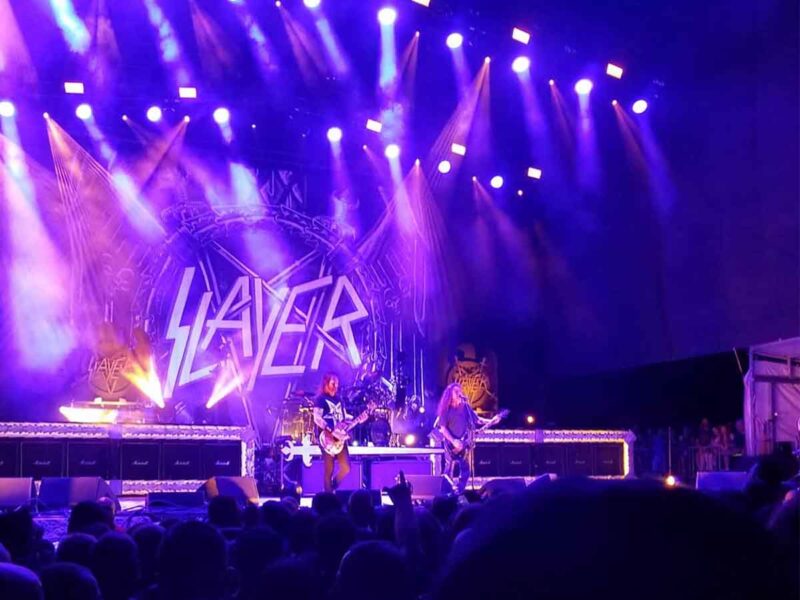 In my view, there are two types of leadership structures: collaborations and cults. In a collaboration, you and others are working toward the same goal for an indirect reward; for example, your company becomes important and therefore, you become seen as competent for having participated.

A cult on the other hand is like a good riff. It starts on a note, drops in an infectious hook through melody and rhythm, then performs an enigmatic fill that catches our attention before dropping us back toward that starting note. A good riff is a perfect but fascinating loop.

Cults have a riff that explains life in simple terms: worship our talisman for a direct external reward, and anything that goes wrong is the fault of our scapegoat. They are like the superstitions and idol-worship of the past in this way, but the idol is an idea, even if in the form of a deified human.

Like a good multi-level marketing pitch, cults promise direct external reward simply for participating, such as that by being part of the cult you go to heaven or become prosperous. On the other hand, if you do not end up with that reward, you are probably working for the scapegoat.

Most of the people who join cults have damaged self-esteem. Their parents were abusive narcissists, or maybe they encountered childhood abuse from teachers or relatives, or perhaps they are struggling from sad life circumstances like divorced parents, dead siblings, uncles in jail, or financial instability.

The cult forms its riff around the talisman and its circumnavigation of the scapegoat, every time telling a story: once things were good because we all follow talisman, but then some followed scapegoat, and so we wandered lost through many adventures until we came back to talisman.

Contrast this to one of the founding documents of Western Civilization, The Odyssey: once things were good because life was normal, then we pursued a war and then illusions, so we wandered lost through many adventures until mental clarity was achieved and we just wanted normalcy again.

The Odyssey tells you that to be loving you have to be brutal in eugenic removal of the bad. When Odysseus finally clears his head after a traumatic war and makes his way home, he finds pretenders have camped on his land, trying to seduce his wife. He kills them and their collaborators.

Some would say that such merciless extermination of the weak (M.E.O.W.) is cult-like, but in this case, there was no scapegoat; the momentum toward normalcy encountered the inertia of entropy, namely the tendency of grifty cowards to show up anywhere there is free stuff to be stolen.

Odysseus removed the obstacle so normalcy could return in the same way that he ended the Trojan war by devising a strategy for infiltrating the enemy (no spoilers). When you do that, you eliminate them and take their women, gold, wine, and horses. It is a brutal book.

At the same time, it shows us the human quest in its richness. Life is a process of encountering external obstacles and becoming entranced and mesmerized by them, caught up in their hypnotic loop. We have to change internally in response, becoming more realistic, to get back to normal healthy life.

Cults do not want normal healthy life. They only have power when you are getting little doses of your daily Dr Feelgood and otherwise feel bad. They want you to feel bad so that the cult can make you feel good. This too is its riff.

Almost all cults have a golden age or Utopian aspect. They believe that once there was a life without all of our problems until the scapegoat intervened. Therefore, remove the scapegoat, follow the talisman, and that makes everything better through an external force.

This appeals to the most primal human fear, which is fear of failure to adapt. When we learn new things, not just taught to us but learned through experience, we have to change our thinking and therefore are going to become critical of our past actions. This unnerves people.

Especially those who have damaged self-esteem find this troubling. To learn is to know better; to know better is to realize that much of what one did in the past was useless or destructive. This makes us feel bad about ourselves.

Even more, we fear being revealed as incapable. If we learn and find out that what we were doing personally was wrong, we feel wrong and lesser. In a village, the first person to invent irrigation or hygiene always gets killed for being a witch. Knowledge hurts our self-image.

Cults get around the fear of change by explaining away reality, and replacing it with a super-reality comprised of a binary good/bad axis. Generally cults share several attributes:

The first is the talisman, the second involves the scapegoat, and the third is the method of keeping the cult alive as a parasite on its victims, rendering them miserable so that they need the cult. This shows us the cult riff in its full form.

Like any good riff, the cult riff returns to its start. It follows the begging-the-question fallacy:

In a cult, the fallacy becomes a smooth transition into a way of explaining the world in a binary: the talisman is good, the scapegoat is evil, so all must be forced to obey the talisman. The begging-the-question part is the assumption that the world divides into this binary in the first place.

This appeals to our instinct as hunters. We like knowing what to kill and then making excuses to ourselves for the taking of lives. Nothing cheers us more than a wild boar or nutria hunt, since these are destructive invasive species. You can shoot as many as you want with a clean conscience.

Traditional society forms a collaboration model. We all want to live in healthy prosperous normalcy, we know these methods work best, so we follow these because they work, even if our reward is indirect and not entirely external. Internal rewards mean feeling good about having done right in the world.

In the modern era, we have many cults because modernity itself is based on a cult. Here are just a few:

Every cult works because it addresses issues of concern to us. None of us want to be stern whip-cracking overlords who ignore human needs in order to uphold The Rules, so we look for ways to be pacifistic and rationalize the demands of others as easier than having any rules, standards, hierarchy, or order.

In addition, we all want to believe in something as the core of life; cults simply externalize that so that we do not have to change to achieve it. Esoteric and hermetic beliefs like those found from the Proto-Indo-European faith to some variants of modern Christianity are the opposite of the cult.

Further, questions of how to be moral, how to live well, and how to survive the attempts by every Other group to genocide us so they can take our women, gold, and horses concern all of us. We want to live, but we do not want to kill unless given that moral blank checque to exterminate the scapegoat.

The Age of Symbolism — based in the idea that the individual is more important than natural or social order, therefore creating a herd of individuals who respond to manipulation by symbol — turned out to be rife with cults because individualism itself is a cult.

Individualism arises from fatalism, or a lack of belief in efficacy in the world or against Death, and this creates a binary where the individual presupposes that he is good and the world is bad. He bands with others who agree, but then each individual becomes enslaved to the will of the herd.

The devil’s bargain of individualism comes about because it is still fixated on the external. The individual fears change, which he backstops by insisting that he is good just how he is, but this means that something needs to change him without his will, like a lottery win or hand of God.

In other words, he wants something simple that he can participate in and therefore cure all of his problems without changing himself. Cults are explained in three lines in an oddly prescient movie:

Nancy: Have you ever heard of invoking the spirit? It’s when you call him… Manon. It’s like… it’s like you take him into you. It’s like he fills you. He takes everything that’s gone wrong in your life and makes it all better again.

Sarah: Nothing makes everything all better again.

Nancy: Maybe not for you…

Our societies consistently destroy themselves in search of some external symbol that “makes it all better again.” We return (“again”) to the golden age (“all better”) through the external force, instead of by disciplining our thinking to be realistic and doing the right thing.

These are ancient problems that humanity has yet to conquer. We become hypnotized by a good riff because it reduces the complexity of our world to motion between two points that comes back to its origin. Perhaps our future involves maturing from this simplistic thinking.