Are “The Great Replacement” And “White Genocide” Conspiracy Theories? 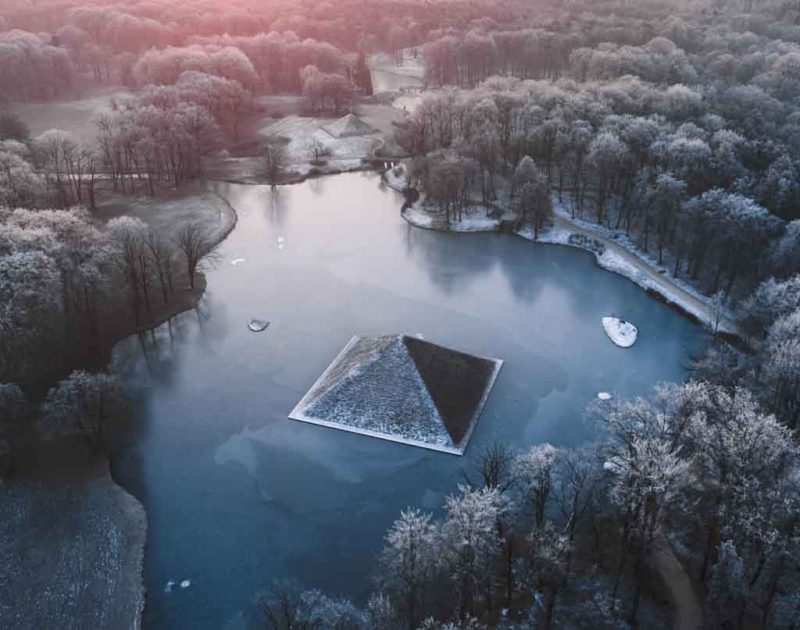 We live in a time dominated by Leftist ideas, and we have done so since the world wars. Those wars, an extension of the revolutions in Europe and the Civil War in the United States, led to the imposition of civil/human rights on European-descended peoples worldwide.

For that reason, diversity is the idea of our time. It forces egalitarianism: when national cultures are abolished, everyone is accepted as equals, and therefore natural hierarchy by competence is replaced by a social hierarchy based on forming a herd.

The herd thrives on a single thing, the perception of agreement. When a group can say that everyone agrees, this seems like a legitimacy, when really it is social reasoning because people are choosing something that they think others will approve of.

Instead of choosing what is real, people choose what their neighbors, friends, coworkers, clients, and employees will think is good. The herd turns people into actors who say what they think others want to hear, and only secondarily care about what is real and natural.

In order to preserve that anarchy, the herd must keep the idea of agreement alive with the fiction of equality, or the idea that everyone has equal status in the group. In order to make that triumph, they have to destroy any order which must compete with it.

For that reason, the herd must destroy national cultures. It must remove local customs, standards, and values, and replace them with political values, so that people automatically tend toward egalitarianism, and therefore the herd stays in control.

With the rise of egalitarianism in Europe in 1789, the herd found it had gained control by destroying natural hierarchy, and continued on this path. First class, then sex, then ethnic group, then sexuality, and then race. This enabled the herd to keep in control.

As a result, it is now taboo to mention anything which is against racial or ethnic egalitarianism, like genetic and biological differences between races and ethnic groups, or that diversity does not work.

Mentioning the Hart-Celler Act and its disastrous consequences now causes people to recoil, much as they did when you criticized the Party in the Soviet Union. It is ideological heresy and means that the crowd will turn on you.

However, this taboo wall is not working, because people are noticing that ethnic replacement means genocide. First you lose political control, then your culture becomes offensive, then you are voted out of power, and then you are interbred and genetically destroyed.

The United Nations defines genocide as follows (emphasis mine):

The conditions of life being inflicted on us here consist of the constant flow of new immigrants, the use of civil rights and human rights law to displace us through programs like affirmative action, and the constant wealth transfer from whites to non-whites.

If it were done by any other group, we would call it genocide, but people only remember the world as it was when they grew up. Then, the conflict that they saw was mean white people crushing non-white people, or at least that was how the media and academia styled it.

This ignored what came before and after that somewhat negative time from the end of the civil war through the 1960s when white people resisted the incursion of blacks, Jews, Irish, Southern Europeans, Eastern Europeans, Amerinds, and Chinese into their world.

Government came up with a solution and based in in the propaganda of WW2: with multiculturalism, it reasoned, everyone would be forced to accept every other group as equal, and therefore, harmony could exist. Mutual tolerance would save the day.

In reality, they were simply restating the class struggle as a racial struggle. The Establishment elites, who make their money from selling Leftism, are still fighting hard to keep the Narrative alive.

Behind the idea is a racist conspiracy theory known as “the replacement theory,” which was popularized by a right-wing French philosopher. An extension of colonialist theory, it is predicated on the notion that white women are not having enough children and that falling birthrates will lead to white people around the world being replaced by nonwhite people.

The concern over birthrates has hit a fever pitch in part because of recent studies showing sperm counts and testosterone declining. Some men are buying sperm counters to use at home, and some are turning to testosterone replacement therapy, convinced that modernity has feminized them. These have given old fears a new scientific sheen and led many in these communities to more apocalyptic, violent politics.

The birthrate panic has been bubbling back up for some time. In a 2012 book by the French philosopher Renaud Camus, he argued that all Western countries were reckoning with erasure by birthrate. That has helped fuel nativist campaigns like the one by the Dutch politician Geert Wilders. It became the animating philosophy in the Charlottesville, Va., attack. And Representative Steve King, the Iowa Republican, tweeted in 2017, “We can’t restore our civilization with somebody else’s babies.”

This plays into the Leftist notion that only losers care about how egalitarianism is destroying their society. See, they have low sperm counts, and are not having enough children, which is another way (heh heh) of saying that they cannot manage to have sex.

In reality, the birthrate theory simply says this: white people are miserable, and working all the time to pay taxes to fund the underclass, so they are having fewer babies. At the same time, more people than ever are pouring in, so soon whites will cease to exist.

The politically correct answer to that from Leftists, of course, is that white people are evil because of colonialism — despite it leaving behind colonies in a better state than they were before it — and therefore, should die out because they are bad, weak, or just mean.

The Times forgot an important fact, which is that the United Nations confirms the white genocide theory and in fact claims it is deliberate policy:

One can only understand this in the context of the Baby Boom at the end of WW2. The largest generation ever was born, and as they started retiring in the 1990s — government jobs get you out after twenty years — it became clear that there would soon be a revenue problem.

All those benefits that were promised to workers in the 1930s and 1960s required a huge tax investment, and that worked so long as each generation was bigger than the last. When a smaller generation came around, those entitlements payments would bankrupt the country.

Keeping in mind that our budgets, and those of most European states, are at least two-thirds dedicated to paying for entitlements — direct payments or payments-in-kind made by government directly to citizens — one can see the crisis.

Politicians had a simple answer: they would import more people, work them and tax them, and use that to pay for the benefits of the retiring Boomers. The only glitch with this is that diversity does not work, and the new workers were not as productive.

Since that time, Western governments have been trying to shoehorn diversity everywhere they can so that it cannot be reversed. They either do that, or admit that their socialist-style entitlements have gone broken, which is like saying that egalitarianism does not work.

Although true, that statement provokes much fear and trembling.

Now we can turn to the question of whether or not this is a “conspiracy,” or a secret agreement by those in power to act for their own interest while hiding what they are doing. We find ourselves asking, in effect, if our governments would lie to us.

Not only do they lie, but they do so on the question of diversity while manipulating media and citizens relentlessly:

The newly released document showed that throughout the 1960s, the bureau had also waged a spirited and often imaginative counter-intelligence program – COINTELPRO, in bureau jargon – against right-wing outfits like the Ku Klux Klan and the American Nazi Party.

The FBI had a well-stocked bag of dirty tricks. It once faked a picture of a Miami Klansman consorting with Cuba’s Fidel Castro. Upon learning that the Klan was holding a meeting in North Carolina, it called various motels in the area to cancel their room reservations. One Klan official was discovered to be receiving a veteran’s disability pension while making $400 a month as a plumbing and electrical contractor; the G-men sicked the Veterans Administration on him to cut off his benefits, then for good measure alerted the Internal Revenue Service that he had not filed income-tax returns for several years.

In its campaign against the Nazi Party, the FBI informed party members that their Midwest coordinator was of Jewish descent, thus forcing his rapid expulsion. In the mid-’60s, the Chicago chapter of the party exhausted its meager financial resources to buy and repair a rundown building for use as it headquarters. After waiting until the job was completed, agents anonymously called Cook County inspectors who closed the building for technical violations.

The hitherto-secret FBI report also revealed that in its COINTELPRO campaign the bureau had carefully manipulated the press, leaking to friendly newsmen stories that were sometimes true and sometimes not. It provides prominent Southern publisher Ralph McGill with information to pass on to a colleague who was writing an article about the Klan for a national magazine. McGill is “a staunch and proven friend of the bureau,” a memo from Washington to Atlanta said, and “would not betray our confidence.”

In theory, in a free society, you have the right to join the Ku Klux Klan or any other organization and work for political change. In the West after civil rights, however, you are working against the government agenda, and so they crack down.

They want to drive everyone with any brains out of these organizations, essentially creating a strawman by subtraction, because the only people left in the KKK after an FBI blitz will be those with no better options.

This enables the postwar government to turn to its citizens and say, “See, we told you that they were impoverished, inbred, hateful, and unstable lunatics with alcohol problems.”

Western governments have no problems causing racial strife as a means of achieving their ideological ends. In the UK, government nearly started a race riot while trying to discredit Communists:

In 1963, African students in Bulgaria made international news. Scores had left the country, claiming racial discrimination, and the IRD decided to use this to “intensify indignation… against Bloc countries”.

African students were furious. The Nigerian student union said this was a declaration of “white superiority”.

This served them two different ways: first, they made the far-Left look bad; next, they forced people into their civil rights agenda, since no one wants to be the person beating up on impoverished Nigerian students. It is not a good look.

Common sense would tell us that what government did in the past and got away with remains in its toolbox. “White genocide” is not a conspiracy, but a deliberate plan. The other side will say anything they can to try to make us forget it, because they profit from our destruction.