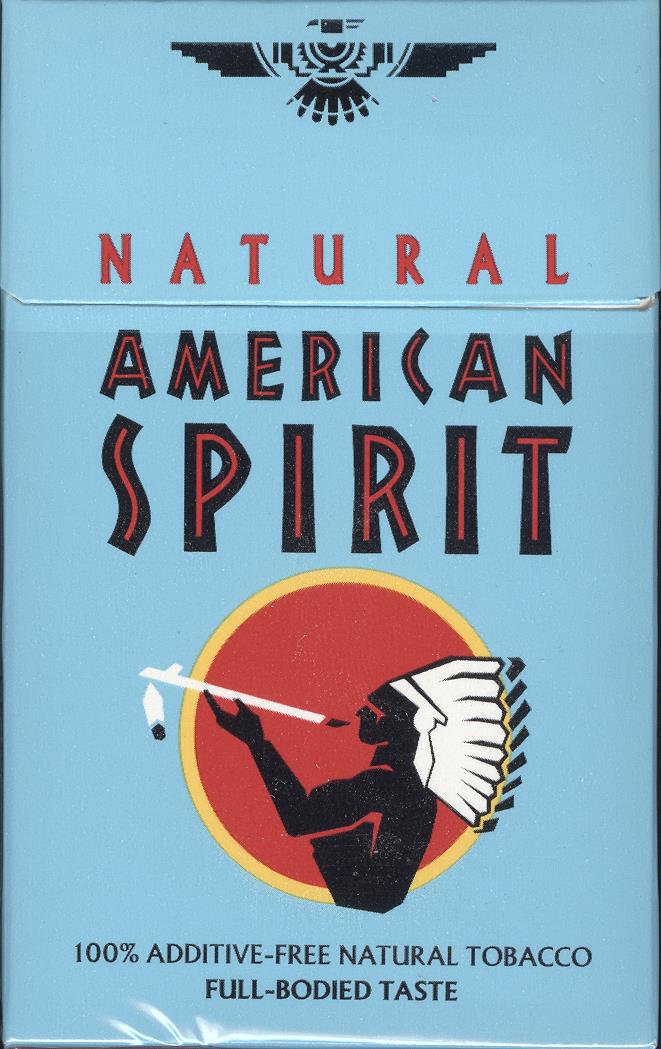 Why is it that the greatest industrial power on earth cannot produce a decent cigarette?

Most of us are aware that the big brands are 90% advertising and 10% highly efficient operations converting cheap tobacco into a uniform taste, much like fast food joints turn horse anus into a burger that has that same great trademarked look, feel and flavor every time no matter in what city the restaurant is located.

But then when you venture off that beaten commercial, mainstream and socially-acceptable path and go to the Democrats of cigarettes, the American Spirit company who advertise “100% additive-free natural tobacco blends,” the cigarettes are just as bad? Another way to view this: if this is all natural, how are they doing worse than the big commercial brands when their flavor is only mildly improved?

I grant you that American Spirits are better than Marlboro, Camel, Winstons and the generics. Surpassing that low standard should be something one does before breakfast along with tidying up the kitchen counter. Camels are too sweet; Marlboros smell great from a distance but taste like fermented ash; Winstons seem to just aim for the middle of the road but still have that icky sweetness. Generics fill themselves with whatever they scrape off the floor later, minus the additives and conditioning that ensure that a namebrand cigarette always tastes like its trademark, burns uniformly and smells about the same in the pack and on the wind.

And yet, these American Spirits provide endless disappointment. They burn less evenly, which is not a problem. The problem arises when you attempt to taste them. They most closely resemble Marlboros without the sweet smell, but similarly taste mostly like ash. The flavor is gone. Did they boil out it? Tobacco that is additive-free does not promise that it is not over-processed. The smell is adequate from a distance but average, more like a Winston. As the cigarette progresses to the end, the taste gets greasier but never picks up a flavor of tobacco like you might find in a pipe, cigar or real cigarette like they have in other countries.

I submit to you this, dear reader: capitalism, while better than average-conformity-enforcing socialism, has its fatal flaw. That flaw is that what makes the best product is not what makes the best cigarette, for example. A good cigarette will have flavor and deliver a dose of nicotine without requiring over-processing, but most people will not notice and write down on those little checkmark-box forms that it has superior qualities. They will simply experience it.

If they are thinking, they will note what a good experience it is. If not, they will come up with a laundry list of complaints. The way to squash complaints is the utilitarian approach of capitalism, which is to make a fast-food style product out of the cigarette. That removes the peaks and valleys alike and gives you a nice fat average right down the middle that is a mediocre experience but, within that mediocrity, creates no downsides. There will be no variation in flavor. The experience will be exactly the same every time wherever you buy the cigarette. No one can complain because although it is insipid and mediocre, it delivers exactly what is promised. On that basis, most consumers will buy them and smoke them and keep doing so, even though for anyone who can tell the difference the cigarette will clearly be inferior.

There are no magic bullets. Adam Smith was off his rocker and the libertarians are insane. If you put any decision to the mass of people, they will fail to notice the good but will always complain just to hear the sound of their own voices, and you will end up with a compromise that while it has no flaws also has no excellence. This is the future of democracy, capitalism and crowd-sourced choices: endless perfect mediocrity, exactly identical, slowly squeezing out anyone who can tell the difference.