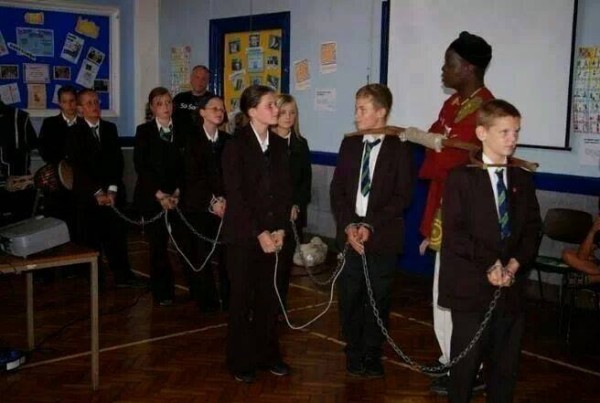 Maybe you’ve heard by now about the recent report detailing how over the last 16 years more than 1,400 children have been abused and gang raped, and how they were ignored by police, in fact viewed with contempt by police, and how their parents were arrested when they tried to rescue them.

I know the situation sounds dire, considering that the numbers suggest that around 5% of the city’s children were molested or forced into prostitution. We all know rape is a terrible thing, maybe one of the worst things, but hold up a moment. I have something important you must hear: relax, it’s just rape.

You see, the thing is, the rapists weren’t white. So don’t get too upset about this. If people were to get upset about it, there could be some unfortunate backlash against the non-white community in the UK. Of course, you are a good person and would never think ill of a non-white minority group, but the reality is that there are many ignorant white people who might get too upset, and would start to be racist. And that would be bad, because racism is the worst. Much worse than mass rape and replacement.

Things might get so bad that people might start to question the value of mass immigration. They might notice how this would never have happened if not for ideologically motivated politicians trying to punish their enemies. And without mass immigration, we will never have our multicultural utopia. We’d be back to boring whitebread low-crime low-excitement communities. Just let them continue raping children, and things will be better for them. The immigrants, I mean.

While you’re doing the right thing and forgetting about this whole unpleasant episode, make sure you don’t remember that time when police in Norway noticed that all the rapists in Oslo were non-Western. Because there is a pattern here: every time someone notices these things, people start to wonder just what the benefits of mass immigration are, and they have less sympathy for the immigrant victims who are just trying to make a living. We need to let them continue doing a little rape once in a while, because we’re nice people. Keep in mind that it could be worse, it could be racism. So relax, it’s only rape.

American Spirit Cigarettes | The pact or the contract