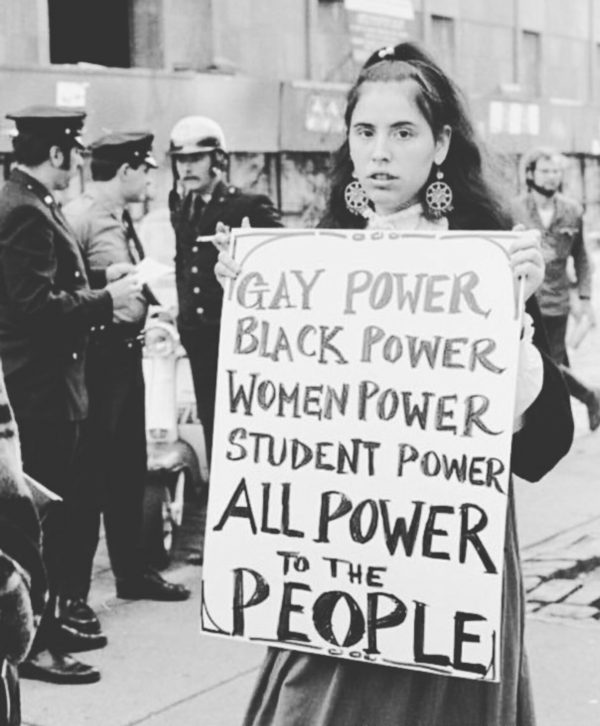 It is hard to tell whether the American media is an organ of its government, or the government an organ of its press. Either way, this group took the original idea of American liberty, which was egalitarian, and converted it into the type of end-times-of-Rome egalitarianism to which any degree of liberalism inevitably expands. They now act together as an ideological bloc that we call the Establishment or Cathedral.

Currently, this Establishment wants you to believe that the Russians interfered with the American election, relying on earlier dubious statements attributing the Wikileaks dump of Democrat emails to the Russians. Official state organ Pravda-On-The-Potomac issued the following communiqué:

The Post’s report cites officials who say they have identified individuals connected to the Russian government who gave WikiLeaks emails hacked from the Democratic National Committee and top Hillary Clinton aide John Podesta. One official described the conclusion that this was intended to help Trump as â€œthe consensus view.â€

The report highlights and exacerbates the increasingly fraught situation in which congressional Republicans find themselves with regard to Russia and Trump. By acknowledging and digging into the increasing evidence that Russia helped â€” or at least attempted to help â€” tip the scales in Trumpâ€™s favor, they risk raising questions about whether Trump would have won without Russian intervention.

This shows us the uncanny insect-like persistence of the Left. They have combined two agendas: overthrowing the election, which they spent $1.2 billion to lose, and unifying their base by creating a new Emmanuel Goldstein. That character was the constant state enemy in 1984, a book written by Leftists to disclaim the more disturbingly accurate Brave New World, an anti-modern diagnosis by Aldous Huxley that argued it was not totalitarianism but mob rule that would do us in.

Leftists have tried several strategies to subvert this election. First, they announced and then performed almost a week of riots which failed because the only people they could recruit were in Leftist stronghold cities, and burning those down bothers very few, since the cost is socialized to insurance and taxes, which is a Leftist tenet anyway. Next, they tried claiming Trump was a Nazi again. When that failed, they announced the recount. Since the recount backfired as voter fraud appeared back on the public television screen, they are trying a new angle.

The Left intends to argue that Trump stole the election with the help of a foreign power, and that therefore, the courts should intervene. It is a simple strategy based on the Leftist majority at the Supreme Court, and it is as dishonest as it is clear. The point is to invent a plausible excuse for overthrowing the election, and then to demand that all goodthinkers get excited about it and demand it, putting pressure on those who do not want to be excluded from the Left-herd to do their duty as good Commu– Democrats.

Naturally, this will also fail. If Russia leaked emails and these unnerved people so much they voted for the other side, that is hardly a convincing case for intervention. The media is hoping always that it can present two stories side by side and then by shaking up the narrative, get them to blur together. One story is that the digital voting machines were interfered with; this is the recount myth. The other is that Russia leaked emails. Blur them, and you get “Russia hacked our computers and helped Trump steal the election,” which is exactly the kind of slogan that demagogues want to see carried in filthy little hands during the next round of riots.

Their second agenda is more insidious. The Left, following its birth from peasant revolutions and the French Revolution, always needs a symbolic enemy; this takes the form of the enemy-who-is-not-the-threat. In Revolutionary France, for example, the actual threat was overpopulation and continued European conflict; the false target, or official state enemy, was the King. During WWII, the actual threat was the Soviet Union, but the fake enemy was Hitler, who was not concerned with the USA except as an intervening party in a European conflict against Leftism.

With the rise of Trump, the fake enemy of Hitler finally fell. This was helped by Brexit and the populist revolt in the EU which essentially affirmed that Hitler was right about diversity and Leftism: both were paths to a uniquely European doom. The LÃ¼genpresse came out all guns blazing to call Trump and his supporters racists, KKK, Nazis, Hitler, etc. and the Trump team shrugged it off. They had no guilt, and their supporters, who had witnessed the rise of extreme Leftism — a.k.a. moderate Leftism given power — under Barack Obama and the ensuing war on whites and anyone else with money, simply did not care. So the old enemy, Hitler, fell, and the Left has to vary it up a bit.

Our new pseudo-enemy in Russia takes after not the Reagan years of fighting Communism, but a far earlier political myth. As with the French Revolution, America was born of overthrowing a monarchic power ruling over it, but the Americans, being savvier to the ways of humans than the French, did not go full democracy because they feared and specifically stated that they feared mob rule. But, a revolution requires a tyrant or it is illegitimate, so the Americans cooked up George III as not just a tax-greedy leader, but a true-blue Platonic tyrant.

This turned out to be half-right, mostly because George III was in an impossible spot owing to British politics, which were no longer monarchic except in name, and in order to keep the UK’s own overpopulation problem in check, and satisfy the wealthy interests that now routinely bumped the elbows of the Crown, he was in a difficult political situation involving apparently unending wars and domestic instability. The “tyranny” imposed on America was mostly that it was taxed to pay for England’s needs, including a union with near-white disaster state Ireland, and that it was ruled from afar by sailing ship, which meant that any command of the king was obsolete long before it arrived at its destination.

In Putin, the Left has found an enemy. He is not a weak leader, which makes him a possible threat. He is not a Leftist leader — the Russians have less than fond memories of their flirtation with moderate Leftism given power — and he has made rumbles of creating an alternative to the Americanization project that is the EU (not NATO, as most Rightists incorrectly identify). His European project is the idea of European cultural unification, not political unification. Most importantly, he has turned down the shibboleths of Leftist goodthink obedience, such as championing gay marriage and diversity.

How much he believes any of this is hard to say. An intelligent realist sees each country as a self-interested actor, and the self-interest of Eastern Europe has always been the conquest of the West. Eastern Europe is formed of those who fled feudal service in the West and, like Satan reigning in Hell, they are mostly content — but always seek to validate themselves and justify their choices by reconquering the higher authority that rejected them. A Revolution, if you will, in parallel to France, but this time comprised of recapturing territory once made off-limits.

The Soviets, never fools, tapped into this mythos among the Russian people when the West became its enemy. The Russians love the idea of finally getting to own Germany, much as they tried to by retaining control and destroying Eastern Germany. They adore the thought of being able to crush Germany again and rape its women. This fulfills a hole in their own souls: the knowledge that they were those who could not make it in Germany or were exiled, as after the Peasant Revolts, fills them with resentment which they think physical conquest can master.

Pure Machiavellian questions also arise. Eastern Europe is broke and starving despite having vast oil reserves, massive amounts of land, and plenty of talented scientists. Prole-rule does not work after all, and in Eastern Europe, the states are all dysfunctional because too many of the people are dysfunctional, as is the condition in Southern Europe and third-world states everywhere. As a result, political myths are more important than reality, which is everyone eating beets after making all of the potatoes into vodka from now until eternity.

Not being fools, or completely fools, the Left have resurrected Putin-as-Hitler instead of Putin-as-Soviet because they need a new Cold War but know it cannot be against Communism. The Americanization project, based in the idea of equality and diversity, is the new Comintern, and the American system is essentially Communism plus working grocery stores — they learned from last time — so if we exhume the Cold War, it will become apparent that we are the new Soviets and the Russians are not really the new Nazis. So we dug up George III, implied he was Hitler and the Confederacy at once now, and hope to send people off to fight the new racist, sexist, xenophobic, ableist, saneist, elitist, realist myth-monster in the political sky.

This puts us at an interesting juncture in history. The Leftist attempts to unseat the presidency have failed for a simple reason: most people, even if they voted against it, are OK with it, especially as signs of health and order return after the positively Soviet Obama years. Trump has ably defeated the slurs against him by treating them as the tantrums of spoiled children, which they are, and the recount effort ended in shambles and the knowledge that Jill Stein just legally defrauded her donors to the tune of millions. The Left is disunified at the failure of its magic words — “racism,” “sexism,” “homophobia” — to cow its adversaries and unite its base.

And so, in the grand tradition of banana republics everywhere, something must be done to tie us all together and most importantly, distract from the fact that we are an empire in decline, a bag of special interests instead of a people cooperating toward a goal we all share. The distraction enemy must avoid the real threat, which is the decline of our civilization and its impending third-world status, by focusing us toward a scapegoat. And so, a new Cold War hybrid with World War Two is born, and yet it is stillborn, and we remain desperate, seeking an escape from reality and an explanation for our failure that does not involve the obvious: the real enemy is, as always, us.

Modernity Is Killing You | Outliers (#35)