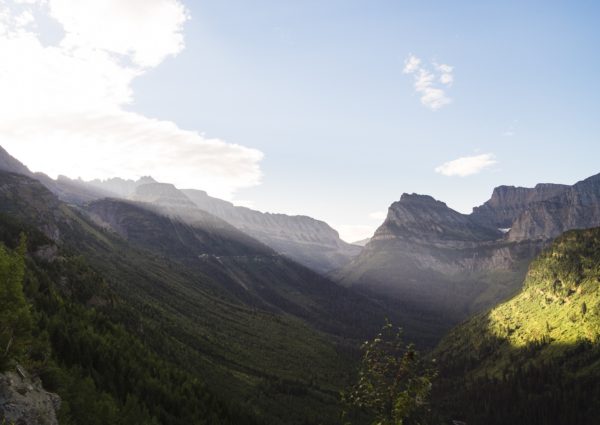 What a week! Richard Spencer spoke at Texas A&M and the world went mad. The press melted down when its analysis of the term LÃ¼genpresse fell apart under further scrutiny. Forces within the American government are claiming that Donald Trump was elected because of a Russian hack whose description is both vague and unconvincing. Austria failed to go far-right, and Italy begins its exit from the wealth transfer and Americanization program known as the European Union. Nigel Farage is still cooler than cool, Donald Trump is still a moderate who believes in economic nationalism or limited protectionism including immigration restrictions, and Western Civilization is still in decline… and yet a new will appears to be born, one to not only patch up the existing System, but throw it out entirely and go back to a more organic way of life, paving the way for a salvation, restoration and advancement of Western Civilization. We have hope in the work of our hands, and faith in each other, again. Achtung!

To drive home his assertion, Weitz then tweeted out the symbol of Star Warsâ€™ Rebellion movement with a safety pin attached â€” basically identifying the movieâ€™s good guys with the social justice warriors opposing Trump. He captioned it, â€œStar Wars against hate. Spread it.â€

…Making the new Star Wars suffer at the box office over the attempts by its writers to inject an anti-Trump message into it would send a message to producers that alienating red states is not a profitable move. – “Why You Should #DumpStarWars,” by Scott Greer

As darkness closes in on the northern hemisphere, just remember that there is no way to counterattack against an enemy advancing from a direction in which you refuse to look. They will not, cannot see us coming, because they have staked their claim on an illusion that we reject. When I insist that Leftism is self-undermining, people have always replied that this canâ€™t be true, because they would have lost long ago. What such people failed to see was that, just because Leftism has escaped the consequences of its own iniquity so far, doesnâ€™t mean that it always will. – “Solstice,” Change of Seas
“Luegenpresse”, first used in Germany by critics of the free press during World War One… – “Revived Nazi-era term ‘Luegenpresse’ is German non-word of year,” Reuters

Franks erroneously asserted that the term, which translates to â€œlying press,â€ was â€œcoined in Nazi Germany,â€ when the word appeared in the title of a book as early as 1914, but is known to have been used for decades before this, even going back as far as the 1840s. – “Kassam Hits Back at BBCâ€™s Nazi â€˜Lugenpresseâ€™ Revisionism,” Breitbart 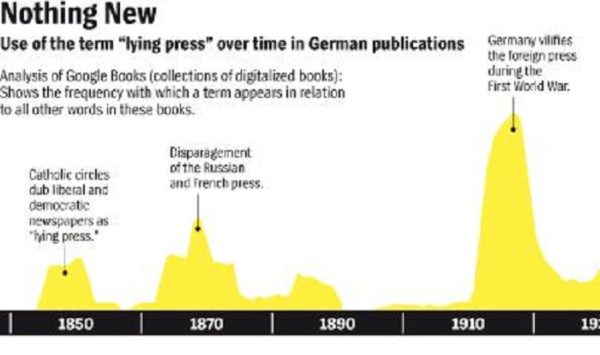 From “Most Germans Think The Press Is Lying To Them About Refugees,” Der Spiegel