America 2016: Where Everything Is Fake 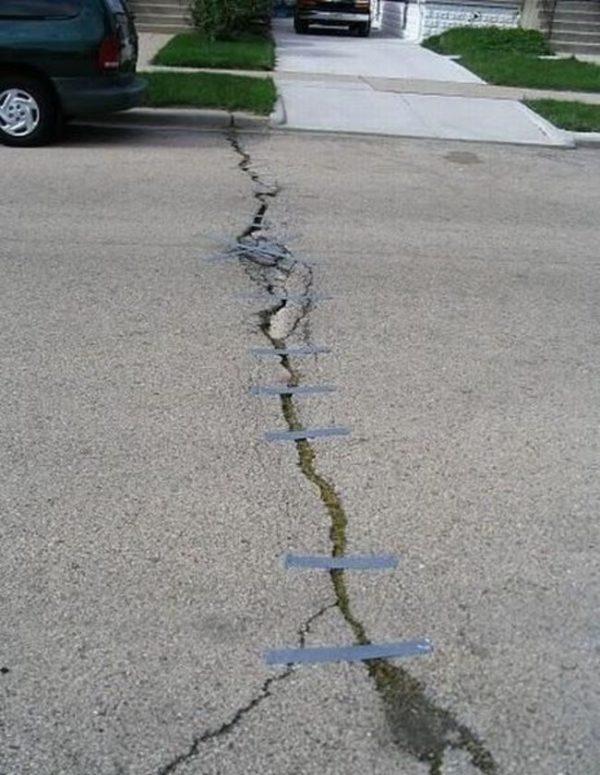 The West has fallen apart. For years, possibly even centuries, this fact has been hidden by compliant “intellectuals” who distract, deflect and conceal whenever cracks appear in the faÃ§ade of our Potemkin village.

Since The Renaissance™ and The Enlightenment™, it has been common for truthful thinkers to die paupers and be resurrected only later, slowly and with much resistance.

For some time the balancing factor of the many genetically- and morally-good people in the West has kept the decay at bay, which ironically, has made the infection stronger. With the demographic change starting in the 1970s, this balance began to slip.

This culminate in 2008 in the election of our least-qualified president ever, Barack Obama, who like Bill Clinton before him was elected mostly to try to make racial problems go away. People wanted an appeaser, because appeasement is always easier than conflict, and the scared media sheep want easy answers.

In doing so however the voters handed the henhouse keys to the fox and then went into eight years of oblivion. As they wake up, they see a ruined world which is nearly covered up by counter-propaganda telling us how good it is and how competent our leaders are.

The most recent sign of the collapse is that not only is our leading presidential candidate lying about how she attempted to hide her emails from oversight, but our president is lying about his own participation in this activity.

In an April 5, 2016 interview with the FBI, Abedin was shown an email exchange between Clinton and Obama, but the longtime Clinton aide did not recognize the name of the sender.

“Once informed that the sender’s name is believed to be a pseudonym used by the president, Abedin exclaimed: ‘How is this not classified?'” the report says. “Abedin then expressed her amazement at the president’s use of a pseudonym and asked if she could have a copy of the email.”

Use of a pseudonym shows not only that he knew the server was designed to hide evidence, but that he wanted to hide his own communications in the same way by using an unofficial (read: unmonitored) address. Contrast this to Obama’s own statements about the scandal, in which he claims not to have known about it until the media broke the story:

Then look toward the proof that Clinton intended to conceal her identity and remove emails when she moved her email to her private server:

Assuming that â€œStonetearâ€ was discussing Hillary Clintonâ€™s emails, these finds appear to be the smoking gun in the Clinton email scandal. The posts prove intent to obstruct the production of evidence to Congress, either through deception or deletion, and that these events took place after the evidence was requested. There is no legitimate reason for anyone to act this way if the emails merely contained information about yoga poses and wedding invitations.

Now we know that our democratic leaders are liars who intend to deceive us. This has always been a tendency of democracy, apparently held in check by a steady stream of genetically-qualified leaders in the past, and possibly better quality of political writers and artists.

With the replacement of that group with another, we are getting the dregs of our tribe as candidates and they are being elected by ersatz media, an affirmative action administrative hierarchy, and an electorate which has no better angels to guide it and nothing in common, so lunges for illusions.

This condition is consistent across the West, with the rest of the world following, as we can see when we realize that our leaders have barely any knowledge of what is going on out there.

Heads of state and government representing the worldâ€™s largest economies used words like â€œfear,â€ â€œuncertainty,â€ â€œrisk,â€ and â€œterrorâ€ 87 percent more often on average than during last year’s gathering, according to an analysis by Adam Tiouririne, a leadership communication adviser at Logos Consulting Group.

The people who are supposed to be leading us are expressing their fears for the future, as if admitting that they cannot control the situation, which for a leader is tantamount to affirming his own incompetence. They watch these problems arise, and either their hands are tied or they have no ability to come up with a plan, so they emote instead of taking action.

They have created a global economy which is itself fake, based on the willingness of others to purchase debt as an asset:

In the U.S. alone, there’s more than $63 trillion in combined public and private debt. In stark contrast, there are only $3.8 trillion total dollars in circulation, and each of these dollars has been lent and borrowed more than 16 times. The amount of leverage continues to climb.

This debt-driven approach mirrors the Clinton years theory, which “worked” because it allowed us to sell houses to those who could not afford them, and by outsourcing our labor to China, lower costs. The problem with that approach is the hangover, which happens when all that fake money cannot perform under duress as well as it did under easy boom markets, so there is a massive crash such as the one we have been living through since 2000 (right after the Clinton 90s ended and when the results of their policies became manifest).

Not only that, but our fake economy is propped up by fake value, namely the internet advertising industry, which has been steadily paying less per ad over the years and has resulted in a web that is coated in advertising, as if the spammers went legit and took over. As predicted here before, the dot-com collapse that is coming will occur because of market recognition that internet advertising is fake and mostly useless for reaching actual customers:

Revelations that Facebook Inc. overestimated by up to 80% the average time people spent watching video ads on its platform shocked the media and marketing world.

Meanwhile, Japanese ad giant Dentsu Inc. admitted on Friday it overcharged at least 111 companies for internet ads. The mea culpa was prompted by a complaint from Toyota Motor Corp. that its internet ads werenâ€™t having the promised impact.

In saner times, we would call this what it is: fraud. Businesses that make false promises that cause other people to experience loss are fraudulent, and schemes which rely on a one-step-removed version of that approach are also fraud, even if no one in our apparently also fake law enforcement apparatus seems to think so.

More importantly however, this means that the basis of our future is also fraudulent. The internet economy is based on false activity, and this fits into a larger pattern of advertising collapse as the consumers who care about the differences between products are replaced by the thoughtless. You cannot have an economy when most people buy randomly.

The future of America seems based on the hope that Google, Amazon, Apple and Twitter can keep selling ads and overhyped products long enough to keep the dot-com “circular Ponzi scheme” going, where we create activity and use that to claim value, and then sell interest in that activity to others. This parallels our monetary debt-selling scheme, which is also fraudulent.

The West has become a fraud. Our presumed value is based on deeds long in the past, our leaders are inept and apathetic, the voters are clueless and every aspect of public life is corrupt and fake. This is somewhat typical of democracy, which requires that complex problems be twisted into easy slogans so the masses — which cannot understand those problems — feel empowered. As a result, everything must be fraudulent. But the bill is coming due.