How Google destroyed the internet 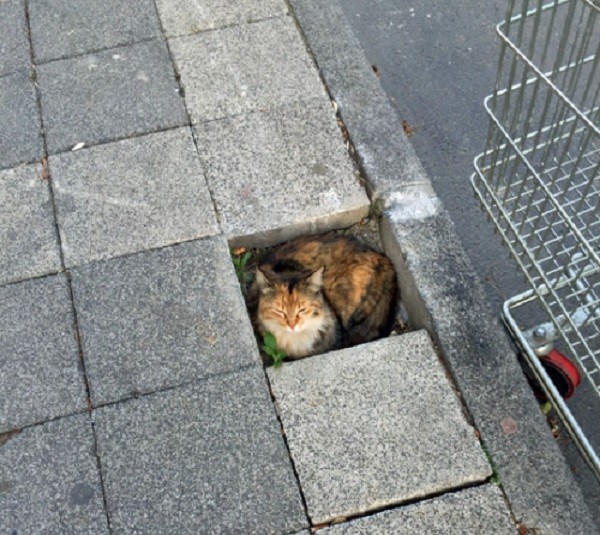 The internet was created to resolve a simple problem: in communications networks, any central node through which all messages passed was immune to attack or takeover. Instead, engineers designed a network where any node would pass messages to other nodes, routing around any damage.

Then came commerce and the democratization of the internet. Under this model, frightened sheep flock to certain central sites that provide the services they need, and avoid everything else lest it be politically incorrect or upsetting.

Enter Google. This company made its fortune on a simple premise, which was that picking the most popular sites allowed them to rank all other sites based on whether those popular sites linked to them. Guess what this does? It eliminates the small sites. We are back to centralization.

Consider Wikipedia. When Google had trouble with its algorithm often missing the best results, it came up with a simple idea: have thousands of internet volunteers plagiarize all of those other sites onto one big site, call it The People’s Encyclopedia, and use that to generate “accurate” search results every time.

Fast-forward, and a few big sites — among them Google, Amazon, Apple, Wikipedia and Facebook — dominate most of the traffic on the internet. The days of independent thinkers putting quality information online are mostly gone, simply because 99% of the traffic will type in a search and click on the most obvious result, and go to one of those corporate-controlled sites.

Writing from a more political, than economic, viewpoint, one article points out the problem of internet consolidation:

The Internet, like other computing resources, operates on a pendulum swing: from centralized to decentralized, from rampant innovation to predictable results, from controlled to transparent processes. Some speakers at this yearâ€™s Black Hat conference were publicly concerned about an ever-more-centralized Internet and what we as an industry need to do. Otherwise, they fear, the Internet turns into TV, and the people who least understand the environment will control it.

…Technology used to enforce existing power structures, Granick said, but we discovered that people have not learned how to protect themselves. So we have centralized with choke points where regulation can happen. The problem is that, in the next 20 years, these policies will be created by governments with local concerns, not global concerns. And by powerful players with money.

The problem of this internet is that complaints rule the day. Businesses are interested in profit, and so they take down any content which will obstruct that goal, which includes exactly the type of content which “free speech” was created to protect: unpopular material that contravenes the dominant paradigm, but nonetheless could represent either insanity or an alternative to our current methods which are not working.

When the six large sites which control the internet see something which might reduce the tendency of others to use their services, they remove it. Google has so far avoided removing content from the internet, but acts out an even worse future by prioritizing that which is popular and burying the unpopular on page ten of the search results. Bing does the same. The result is a self-referential, self-confirming masturbatory hugbox that eliminates what it is afraid of, including what it should pay attention to.

Similarly, Google influences the direction of business, and points those toward ideological objectives in the guise of business expansion:

Page estimates that only about 50 investors are chasing the real breakthrough technologies that have the potential to make a material difference to the lives of most people on earth. If there is something holding these big ideas back, it is not a shortage of money or even the barrier of insurmountable technical hurdles. When breakthroughs of the type he has in mind are pursued, it is â€œnot really being driven by any fundamental technical advance. Itâ€™s just being driven by people working on it and being ambitious,â€ he says. Not enough institutions â€“ particularly governments â€“ are thinking expansively enough about these issues: â€œWeâ€™re probably underinvested as a world in that.â€

What this shows us is the internet, both as a network and a market, consolidating and centralizing. In other words, it is doing exactly what it was designed to avoid. This will have consequences for speech not so much through governments, but through the tendency of government to avoid things that offend people. The future is a world where every complaint leads to censorship, only mainstream ideas are tolerated, and under the guise of “free speech” they are marginalized through search engines and business logic that scrupulously avoid anything but the popular interpretation of the dominant paradigm.

I have found it fascinating for years how humans fail by succeeding. Any enterprise — business, civilization, group, rock band, committee, church — that begins to succeed quickly destroys itself by becoming self-referential based on what people want to think is true because that is the perceived method of its success. That in turn sabotages its actual method of success, which is delivering results contrary to whatever the herd is thinking. Thus Google goes from liberator to tyrant, democracy turns into authoritarianism, Metallica becomes a pop-rock band, churches are taken over by the Joel Osteens of the world and committees become echo chambers. Humanity is its own worst enemy.