A Loss Of Faith 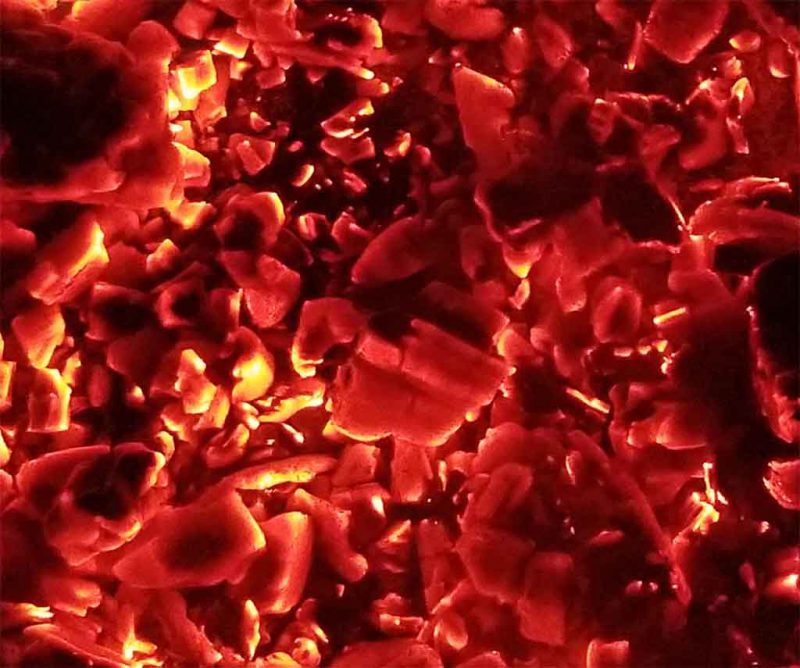 We live during one of the most fascinating events a society can experience: a cultural shift against what was seen as the only right way just a few years ago. Our civilization is reversing direction not because we found a new direction, but as a result of mass defections from the dominant paradigms that were once considered intelligent.

The people of the West — indigenous Western European by descent in Europe, America, and the antipodes — have experienced a loss of faith in the general direction of egalitarianism. After fifty years of it being in power, it showed us its true nature, and we are backing away slowly as one might from a snake or rabid chinchilla.

With this, we are overthrowing a very old idea. We know it arose in Athens two and a half millennia ago, and it was old to them then, meaning that it is one of those eternal human follies like multi-level marketing that sounds good until you try it and realize it is just a Ponzi scheme, like all things based on popular trends.

Most recently it showed up during the Renaissance,™ where an older Greek idea became new again when the human form was considered more important than a natural or divine order around it. The Renaissance™ like Romanticism after it was conflicted on this point, but it was finalized during The Enlightenment™ where it became accepted that the human individual — and not an order larger than it — was the focus of our civilization.

If the individual was the most important, we reasoned, all that mattered was making each individual matter. We switched from having leadership to constantly fighting over who would be the next leader, just so each individual was represented, albeit statistically insignificantly. We threw out rules, standards, and values because they created an inherent inequality where some understood them and the rest gave in to their crazed monkey emotions and fell short of the line of social approval.

During the twentieth century, the idea of equality really had its day of victory. The previous two centuries had brought a formalized egalitarian revolution in 1789 which caused social collapse that motivated France to attempt to dominate Europe in what was really a dry run for the world wars. That in turn set off a wave of revolutions as European nations attempted to adopt just enough of the new way to prevent it from taking hold; this pattern would repeat later as well.

However, by the early 1900s it was clear that the new egalitarian governments were making terrible decisions, having made their aristocrats captive and doing vile things in their names. The Boer War showed the inhumanity of the new West, and as nations formed unstable alliances in order to balance the rising threat of egalitarian revolution or invasion by egalitarian states, the conditions for the first world war were set in motion. That war broke the heart of the West, making all of us into monsters who supported grinding up the best of a generation merely to make an ideological point disguised as a clash between nations.

Since nothing was decided in that war except that Leftists had the superior numbers, a second world war was brewing, aided by the backlash against the egalitarian governments of the time. Egalitarians took their final form, similar to that of the Jacobins in revolutionary France, with the Communist regime in Russia that threatened to reach into Western Europe as gormless proles became excited for, Garden of Eden style, the promise of power beyond their role in the order of the universe and humanity. Communists and anarchists rolled through the streets of Germany, France, and America, throwing bombs and terrorizing people, while forming links with organized crime attracted to the immense wealth that unions and social benefits accrued. A backlash against this horror formed in Germany but, unfortunately for the Germans, it was still caught in the egalitarian mode of thinking which involved mob justice and a large administrative-bureaucratic state.

When the second world war ended in misery and destruction, no one expected the political re-alignment that would follow. For the first time, there were only Left-wing parties; one had to choose between the free market classical liberals of America, the free markets with wealth redistribution social democracies of mainland Europe, or the rising totalitarian Communists of Eurasia and Asia. All feared Communism because it held sway over both the gormless proles and the depressed intelligentsia who, in their desire for a graceful suicide, sought whatever would destroy everything that created their own lives and lifestyles. People in groups innately turn toward ideas like Communism, socialism, the Tower of Babel, and mob justice because it both flatters every individual and requires no accountability from any individual. After all, they can always blame each other; “the mob did it, not I!”

As Communism began to reveal its true brutality and incompetence, the West distanced from it in order to keep its own Leftist systems alive, because if it were seen that Leftism is contiguous from anarchism through Communism, then Americans might reject their own earlier stage variety of Leftism in order to avoid eventually continuing straight through to Communism. During the 1950s, the Cold War was at its height, and many Americans flirted with going farther right, but were stopped by the barrier of being too much like Hitler and his policies. As a result, the country shifted Leftward in the following decade, and offered its citizens a lesser variety of socialism in order to buy their allegiance way from the Soviets: diversity, equality, a welfare state that expanded upon the post-WW1 version, and greater individual autonomy. Onto this the overlords of the West grafted a consumer paradise, recognizing the wisdom of “bread and circuses” as a means of keeping a population too docile to revolt.

The strategy of the stewards of the West worked and, goaded into overspending on defense, the Soviet Union collapsed in the early 1990s after a string of defections from its allies in Eastern Europe. This presented a problem to the modern West: it could now go fully socialist without having the negative example of the Communists to remind people that Leftism consists of degrees of the same idea, not fundamentally different ideas; a Communist and a Democrat agreed on the same principles and wanted the same ultimate goal for society. Starting in the 1990s, the US and EU revived their 1960s Leftism and pushed it further, keeping the free markets to a degree in order to subsidize the socialist state that was grafted on top of them. To justify this, they pushed social ideas derived from Leftism — diversity, feminism, pluralism, and universal acceptance — as a way of keeping their populations oriented toward ideology and away from reality.

Twenty years later, the results of those changes began to show themselves, especially in the hands of the diversity candidate who pushed us further Left than anyone since the Clintons, Barack Obama. Obama was elected to end the racial divisions that split the country, but his rise to power revealed that people were not merely disadvantaged, but wanted power for their own groups so they could determine their own futures. This meant that diversity was a path to endless internal conflict in the future, and the “fundamental transformation” of America revealed that this was an ugly, South American style future: a vast mass of poor mixed-race people ruled by a group of Leftist oligarchs. Even more, at fifty years past the changes of the 1960s, those revealed their own failings. Sexual liberation killed off the family, immigration destroyed wages, unions created offshoring, diversity meant no common standards of behavior, the welfare state created tax demand that choked independent motion, costs rose to pay for the government as an industry, and people became alienated, strange, and neurotic as they pursued the democratic ideal of self-expression.

This leads us to the present day where we are witnessing the implications of decisions made a half-millennium ago and now only finally becoming manifested in real-world consequences. This has provoked not a revolt, or a quest for a new idea, but a loss of faith. People no longer have faith in Leftism, from its modern socialist incarnation to its original idea of overthrowing any order larger than the individual; instead, they crave orders larger than the individual (culture, faith, leadership, caste) because these offer instead of a lottery of potentially winning power and social status, a stability which allows us more time and energy to focus on the important things in life: self-actualization, family, friends, understanding our world, and bonding with the life we have so that we enjoy it at an existential instead of merely sensual/material level. People want meaning, and they know that Leftism not only cannot give that, by but its reliance on the individual as the measure of all things, destroys it and turns us into neurotic attention-seekers living in a world without depth or nuance.

Most of our people do not oppose Leftism — a brew of utilitarianism, individualism, egalitarianism, and bureaucracy — but no longer see it as a solution. They are rejecting it when offered, and are instead selecting time-honored ways of living simply because while Leftism has failed us, those have not. This means that programs like diversity are on a deathwatch; people no longer have faith in them, so are unwilling to fund them or act to further them, even if they are not likely to demand their abolition. Feminism, social justice, and civil rights are now seen as low-rent activities for people who have no chance for a meaningful life and so are casting about for some affectation that will make them seem important. People of that nature are seen not as innovators, but losers, and most of us would be content for them to move elsewhere and disappear from our lives.

Even more, a realization has come about regarding Leftism: we now see it as a scam. We realize that it has always been the same basic philosophy and that from the Jacobins through Stalinists and now today’s SJW/PC culture, the fanatical and self-destructive nature of Leftism has never changed. All Leftists are the same; they have the same philosophy, and as they are given power, that philosophy becomes more extreme, moving from anarchism to libertarianism to socialism to tyranny. It is a philosophy for those who lack an inner guiding light and purpose and, in an attempt to be self-important, they use others and society as means to the end of their own power, leaving wreckage in their wake. They are just neurotics, not visionaries. Their ideas are not “groundbreaking” or “revolutionary,” but legitimization of ancient human failings; excuses, justifications, and rationalizations are the trade of the Leftist, not new directions. Even more, there are no new directions, only a series of choices, with some working out better in reality over time — we have expanded to the five hundred year timescale or beyond — and so we need to reject the non-functional and replace it with the functional.

We live in fascinating times. An old order, decayed and corrupt, which has failed to produce what it promised and has brought misery and weakness instead, is dying. There is no new order, only the removal of that which has failed, and then we resume where we were because that worked, and modify it as we can to improve quality of life without leading ourselves down the same novelty-seeking path that brought us Leftism. We have come to distrust individualism and instead place our faith in orders larger than that of the individual because those create the stability that allows individuality to shine. We are seeking a way past the horrible time of modernity, and we want to simply stop doing the illusory things we have been doing so that we can rediscover what is real.

Stephanie Wilkinson Shows Us The New Order Americans Want: Balkanization | Runes And The Origins Of Writing by Alain de Benoist (2018)