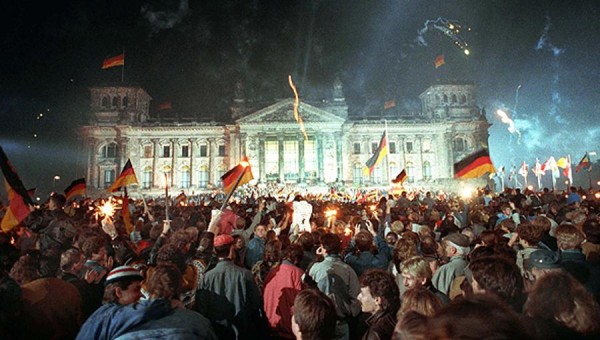 To use a tired analogy, fiscal juggling is virtually the same as rearranging the deck chairs on the Titanic. Politics in the final analysis cannot and must not be about â€œefficiency in governmentâ€. It is necessarily an extension of moral philosophy.

The warp and woof of our society was not in generations past dictated by the frail syntheses of â€œsocial planningâ€. To the extent that this has been brought into play in recent years, it has cut the silken thread â€“ that deeply felt but thinly understood contract â€“ that binds individuals to each other.

This attachment was not brought about by edict but by a shared understanding of what was sensible and just in an endless array of circumstances. Our lives have now, however, been balkanized and sterilized, perhaps forever. The natural social order has been robbed of its inherent ability to allocate resources â€“ compassion too, come to that â€“ and to confront challenges and overcome problems.

Our most treasured values, which shape society, arose quite spontaneously when men and women met and traded freely together. The law of contract, for example, was basically only discovered, not designed; we simply found out what worked, and abandoned what did not. Property, contract, honesty and other values were ingrained in us because in the end they allowed a free society to operate.

It is a misapprehension, a 20th century liberal perversion, to imagine that universal and deeply felt values can be abandoned to a council of planners who will wisely effect some murky so-called â€œgreater goodâ€. The problem is that while it is true we instinctively and habitually operate according to regularities of individual conduct, we can never understand their true nature in the broader sense. They are, in fact, unknowable; any attempt to reconstruct them rather than letting them evolve in a real interacting situation will always instantly introduce pathologies â€“ cancers in human relations â€“ that we could never imagine let alone predict.

While achieving these distortions quite understandably becomes the creed of all bureaucracies, universities now represent a particularly prurient paradigm. Academics have bought into this nonsense, uncritically and almost universally, creating and sanctioning an ideological juggernaut we now call â€œpolitical correctnessâ€.

Basically, this doctrine affirms, and tries to render unassailable, the 20th century liberal mythology that individuals can justly lay claim to special â€œrightsâ€ if they’re born into or affix themselves to certain groups. These cliques are them imbued, quite arbitrarily, with gross entitlements to the exclusion, and invariably to the detriment, of those individuals not so inoculated.

In a new form, this is the tyranny which classical liberalism in the late 18th and 19th century tried to unravel. In the current climate, groups trying to insert themselves into the Great Provider are endless, and include women, â€œworkersâ€, renters, farmers, seniors, students and any number of ethnic groups, among many others.

The driving force here is not truly public need, or even demand, in the final analysis. Rather, it is a manifestation of The First Law of Collectivism: that any initiative implemented through bureaucratic infrastructures has as its primary purpose the advancement and protection of its proponents and practitioners. 80% of all largesse flows directly into the pockets of public service functionaries.

The other 20% is allowed to trickle down to the hoi polloi in what boils down to an advertising budget used to promote the fiefdom and lay the groundwork for ever more â€œprogressiveâ€ and â€œsocially justâ€ schemes. Any rationale will do, really; a pluralistic society by necessity is full of human contingencies and volatilities which can be exploited and used to extend the collective â€œrightsâ€ of this group or that.

Our fiscal disaster and inability to deal with it are thus only a tumor created by mandarin-driven mythologies. These latter are rapidly enslaving the consciousness of us all, crushing our spirit.

This article originally appeared in The Winnipeg Sun in 1991, and appears here through the gracious permission and timely suggestion of Betty Trueman.

Abraham Lincoln, “Racist” | Everyone is a crypto-conservative now