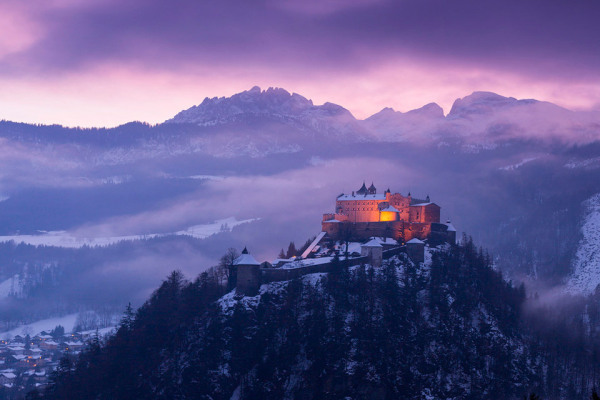 A world of memes comes crashing down on our shoulders: peacemakers versus terrorists, freedom fighters versus extremists, progressives versus what we assume to be regressives. It’s important to remember that a word has no meaning unless it is the true name of something; someone referred to as “evil” may be anything but. The most dramatic term of our time is “extremists,” so we should inspect and see what it actually means.

An extremist, in the current parlance, is someone who disagrees with “modern society”: the combination of industrial capitalism and personal liberty in democratic systems that defines the progressive West. All of Europe and North America and most of their allies have some variation on this type of system. Even further, it is upheld as the reason to support the West in its crusades: we bring you “freedom” and a nifty product-oriented lifestyle.

However, such modern society is by definition very popular, because it tells everyone they are liable only to themselves and their own interests, and that there is need for no other social involvement. Do what benefits you personally, both materially and in social status. Most people do not understand why anyone would oppose this, thus “extremists” tend to work through that form of guerrilla warfare native to our time, sometimes called “terrorism.”

After all, when you are outnumbered not one hundred to and not a thousand to one but more likely a million to one, your methods become extreme by definition and therefore there is little point in not striking decisively by any means necessary. An extremist is someone who believes that the path most follow leads to doom, and for that reason is inclined to urgent action.

What unites extremists is their refusal to give in to the popularity of an idea they believe will lead to a bad end, even if that end is far off. Like most politicians, they realize that the average person knows little more than what happens between paychecks. They know that on average and as a group of averages, people tend to be selfish, short-sighted, and emotionally manipulated by both pity and aggression. Extremists disagree with modern society because it preys on these tendencies and does not address long-term problems.

Since most people do not understand how liberal democratic society can lead to doom, let us walk through the paces: liberal democracy is the joining of democratic society and industrial capitalism, which provides both political/social and economic freedoms for its populations. In order for this freedom to exist, money must be used to regulate the population. What one can afford, one can do. This means in turn that every piece of land, every tree, and every natural resource is seen only in terms of its monetary value.

(Liberal democracies are famous for giving political voice to those who oppose this, like environmentalists and religious groups. But let us ask: what over the past fifty years have these groups accomplished that is of strategic importance? They delay some construction, bust a few polluters, convince the middle class to recycle, etc. but have not delayed or misdirected the widespread expansion of humanity to the point where unbroken natural land is a rarity. Religious groups have not protected their own members from what they see as immoral tendencies in society. There is no victory in a battle of endless details and no decisive strokes.)

Here is the future of our society: immensely popular, modernity will spread worldwide. Soon every nation will live as Americans do and will have all of their powers, including nuclear energy and nuclear bombs. Since there are more people, more housing will be built, and the only remaining wild land will be small national parks. As population density increases, houses with lawns and gardens will be replaced by apartments. Since most people shop compulsively in modern societies, malls and large department stores will be built every three miles, as they seem to be in American cities.

All these new mouths to feed — what will they eat? Fish is the obvious source of protein, but even now ocean fish is too full of mercury to be healthy more than once a month, and supplies are dwindling. “Supplies” of course is our silly abstraction for living populations that must renew themselves and do not magically appear in amounts we request, like burgers at fast food joints. These people will also need fruits and vegetables, but these will be increasingly expensive because land for corporate farms is limited. See, a person is not just the space required for an apartment and parking space, but the several acres of land needed to feed them.

A person is also water required for drinking, cooking and bathing. Our freshwater supplies are already limited, but for now, they’re only expensive. In the future they will become selectively unavailable. The problem with population is not where to put the people in question, because if it was just a matter of space for individuals we could cram fifty billion onto earth, but where to put the systems they need to survive: fresh water, food, exercise space, shopping space, worship space, workspace and on and on.

As the great naturalist John Muir said, the problem with capitalism is that it puts a price tag on everything — and thus nothing is revered for its sheer effect and non-material contribution to life. A beautiful mountainside can become a resort, but there is no logical pathway in democratic society for making it a mountainside appreciated by those nearby. Unique forests and animals? Well, what are they worth? Show me the money, the people say, and unintentionally, create greed through their combined voices.

So: as population increases, so does loss of space. Furthermore, so does pollution, since all of these people will be driving cars and buying products that generate toxic waste. Will government stop them? So far, the most legislative government in history, with the world’s largest prison population, has failed to stop toxic dumping or the driving of “smokers,” heavily polluting cars. How will the rest of the world fare?

Even more is the effect on culture. High culture — classical art, literature, music, theatre — has been sustained by its popularity among the educated and those who have inherited money. It is not as popular as rap music, rock, or mindless pop, so those will earn more money and eventually push it out of the picture. Traditional ways of living? According to modern society, it’s all about me and my power. Earning power. Sexual power. Social power. There is no room to care about ways of living that have worked for generations.

(As a wise man once noted, to find happiness you cannot directly pursue happiness: you must pursue fulfillment, which requires that you accept life despite its miseries and inequalities, and build a firm foundation — family, personal achievement, a solid steady income and not a flash of wealth — because through that, you will have done well by all that life offers and will find happiness in the completeness of your life — fullfillment. The other option is to separate life into “fun” and “not-fun” and pursue the fun, but then have nothing of practical foundation for a future life. Is that happiness?)

As seen by someone thinking in terms of millennia, modern society is a process of devolution and corruption, a loss of all the subtle things that might not be “fun” but makes us happier in the long run. Surely it is more “fun” to buy plastic junk than to meditate on meaning in life, and it is more fun to hear mindless pop than classical symphonies… but is it truly rewarding, or an empty pleasure that passes quickly? It’s more fun to get drunk than to build a family and family business that can be passed down to descendants, and it’s more fun to have quick sex than to work on a relationship. And who can be against fun? …Unless, of course, fun now leads to misery later — which is what extremists believe.

No one in modern society seems to think critically on this issue, which reinforces the sense of extremists that their concerns are not and never will be addressed by society. Because our media inundate us with constant most-exciting, most-dangerous, most-important-ever stories, our memories are short. We think as a result that “extremist” and “terrorist” means “Islamic terrorist.” We forget that society has other dissidents who, because their views were not popular, became seen as extremists.

There’s Ted Kaczynski, the “Unabomer,” who recognized that liberal democracies were self-congratulatory and self-reifying dogmas that would never stop themselves from expanding to consume all natural areas of earth. Malcolm X recognized that African-Americans could be handed political rights but would never own themselves as people until they had a separate nation. The New Right in Europe looks at the loss of culture and heritage in Europe and sees that unless this changes, the future of Europe is as a third-world colony not unlike parts of the middle east. Interestingly, “radical” Islam sees the same thing: selfishness knows no bounds, and when you admit modern liberal democracy to your nations, you become exactly like the Americans: thoughtlessly manipulative and destructive and neurotic, but willing to wage war against anyone who symbolizes an alternative to their own system — liberal democracy — and its fate.

Others were simply writers and thinkers. Socrates pointed out the democracy leads to selfishness, and that then, people are manipulated by pleasant images while oligarchs run society for profit. Neither group thinks of the future and so together they go oblivious to their doom, although generally oligarchs are such empty connectionless people that loss of nation, culture and family means little to them. Joseph Conrad illustrated the lack of spiritedness in Europeans and therefore, their manic pursuit of wealth; we don’t trust each other, so we try to afford getting away from each other. F.W. Nietzsche made his stand against “slave revolt” by which he meant seizure of power by slave-minded people, or those who saw only material comfort and political-social prestige, but might miss the beauty of a mountain or a heroic act or even an ascetic one.

These are all “extremists,” and they comprise some of the smartest people our human species has produced. Perhaps it is wise we listen? But we are afraid — and how can you be afraid when you have “freedom” — because such ideas are radically unpopular and can cost us jobs, friends, security at home and potential mates. “He has bad ideas!” the crowd screams with pointed finger, and the mob rushes forward to quash the dissident, whether actively or passively, by simply denying that person opportunity. Extremism is limited by this crowd revolt as well as its nature as a philosophy for thinkers of the long-term, not short-term pleasure seekers. The former is radically, extremely outnumbered by the latter.

If one must write a thesis on extremism, the wisest thing to say is: extremism is produced by what modern society denies and the vision of those who wish to avoid it. Extremists may kill a few thousand of you here and there, or may destroy some of your overpriced office real estate, but in the end they are doing what they believe is best for all of us. And who are we to deny them this “freedom”?

The pact or the contract | Idiots argue by exception