You May Be A Leftist And Not Know It 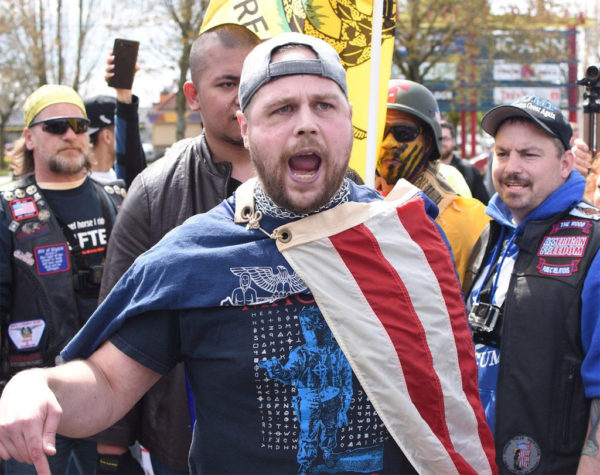 Patriotards, we used to call them. They were people who came just to the cusp of understanding the world outside the comfortable modern bubble, and then backed off. Instead, they went back into the safe space of ideology.

Ideology is comforting because it is so much simpler than the world itself. You think in categories like good or bad. There is a theory which gives an answer in every situation, and it is a theory based around humans like yourself that promises to gain you reward simply for being obedient to the theory.

People who come out of ideology are as stunned as those who get out of prison after fifty years. They are suddenly in a new world where none of the old routines and practices apply. They recognize many of the same things, but they have entirely different meanings now. It is like visiting a foreign land made to resemble home.

The sad thing about ideology is that it arises from a perpetual problem that got the upper hand at some point. People always want to be more important than they are, so they invent reasons why they are more important than the world as it is. These theories about how life “should” be, called ideologies, are mentally addictive because they explain life in simple ways.

Ideology corrupts people at the lowest level of their thinking. They start thinking in terms of what the ideology says they should do, instead of what they need to do by the demands of external reality. This is the oldest human mental failing ever, and it gets given names like “tunnel vision,” “cherry picking” and “inverted cognition.” Someone makes their mind up too early about what their goal is, and interprets all future data according to that image, instead of updating the image itself to reflect that the new data indicates a different situation than first estimated.

All human groups fail this way. In social groups, popularity or novelty become more important than finding bonds with each other. Power becomes more important than purpose and principle. And in nations, utilitarian substitutes for doing the right thing — patriotism, religion, success and popularity — actually replace that right thing because they are easier and less risky to achieve.

In this way, the tool shapes the user and changes the goal, instead of helping the user reach that goal. Ideology does this to everything, but the scary thing is that any idea can be restyled into an ideology. Many ideas tell us what we should do, but they do it on the basis of adaptation to reality or achieving our goals or principles. Ideology focuses instead on the individual, and suggests benefit to the individual for doing what will be socially approved of.

Your average conservative is a brain-dead robot zombie who waves the flag, supports the troops, thinks we all need to get closer to Jesus and wants us all to work even harder at our jobs because it is the right thing to do. He is in the grips of conservatism converted into an ideology, so that instead of focusing on the purpose of the activity, he just wants to look good to others because he has engaged in the accepted methods of dealing with it. This is how first-world societies have superstition, and it is more damaging than any primitive religion could ever be.

We are most likely in the midst of a massive evolutionary shift in humanity by which we learn to distrust tools that are not directly applicable to the situation at hand, and tend to shy away from people who cannot tell the difference. Tools must serve a goal or, like power, they become a goal in themselves, and by denial of the actual goal, the group fails.

Group evolution on this basis will likely weed out most of humanity since they like to engage in repetitive tasks without regard for their effectiveness. They just want a place in the social group and to go through the motions in order to get it. But, as the impending collapse of liberal democracy shows us, that is not enough, and it is also fatal to the group.

You may be a Leftist and not know it because your philosophy is an ideology and not a practical way of life. Conservatism, if not converted to an ideology, is something more like a folkway: a way to find a place within the group by doing the right thing. Ideology says everyone gets the same place and no one is forced to do the right thing. Conservatives are seduced by this easy answer all the time.

Most conservatives are secretly Leftists. They believe that all people are equal and should be treated equally in courts, society and school. They think we can indoctrinate people with the “right” answers and make idiots into the equivalent of geniuses. They wave the flag, slap the Bible, and carp on about hard work. But underneath the skin, they are the same enemy that we fight on the Left.

Looking Forward To The Dot-Com 3.0 Crash And Recession | Against Free Speech