Yellow Vest Protests Reveal The Incoherence Of The Crowd 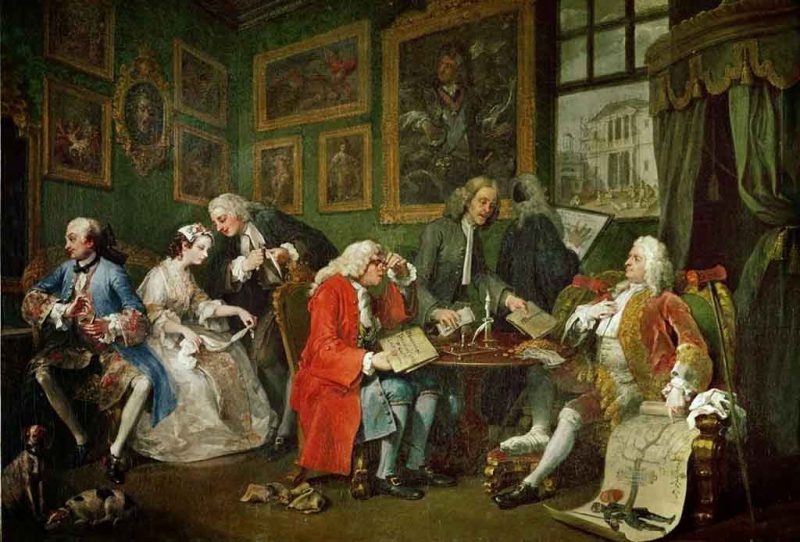 An abusive parent will ask a youngster: what do you want? The child, not knowing any better, will ask for an end result. For example, a later bedtime. The cynical parent agrees to the demand, then wakes the child up at the usual time, resulting in a miserable child.

This child actually wanted to shift his sleeping schedule from earlier to later, not to have a later bedtime and then be woken up too early at the usual time. However, the parent acted in his own interest and not that of the child, and by sabotaging the request made of him, achieves the goal that every parent seems to have: total control.

Macron has done the same to the French yellow vest protesters. They demanded better wages and lower costs, so he rolled back a tax or two and promised them more state funds. He conveniently avoided stating the obvious, which is that this will require more taxes and make costs rise more as a result, because he knows that your average person does not know that this is the case.

However, the yellow vests carry on. They probably have no actual idea of what they are protesting for, only what they are protesting against, in a general sense. They are incoherent; theirs, like most protests, is a mute rage, which expresses itself in a desire both to protest and to finally have a big old party, admittedly one based in arson, vandalism, and mayhem.

When you encounter someone who is sincere but has no idea what they are protesting, look at what they ask for as an effect and not a cause. In this case, we translate from the negative: they want lower taxes, lower costs, and higher wages. What system will produce the result that they crave?

Consistently through human history, we have seen a pattern of destruction that could be identified as collectivized individualism (or herd behavior) leading to dark organizations. When humans get together in groups, they each demand equal social status before or independent of performance, and this creates an entity that can only act when masses are mobilized (democracy, consumerism, and social popularity — the triad of utilitarianism — formalize this).

The yellow vests, like the National Socialists and mainstream conservatives, are trying to un-do herd behavior by appealing to herd behavior. This gives them a powerful means for change but also dooms it because if you adopt herd behavior, that wins out as the lowest common denominator.

You may be able to win over the voters in the short term. In the long term, voters are suicidal lemmings. Show them something “free,” and they run toward it, even though eventually it will bankrupt them. Even if yesterday they supported culture, today they want free stuff.

What you want depends on whether you express it as cause or effect. Every end result has a single cause, and if you know that cause, you can ask for it. If you do not, you are in a tough position because a cynical person will demand that you tell them what cause you desire and then use your lack of certainty as an excuse to ignore you.

The French yellow vests protests face this struggle. They know the effect that they want, but are muddled on the cause, and President Macron has taken advantage of them like an abusive parent. They want a life of lower cost and more purpose, but have no idea how to express that, leaving the impression that these protests were about a fuel tax.

However, one does not protest about price unless what is delivered falls below expectations, which means that the yellow vests protests represent people objecting to modern life. We may have avoided the mediocre standard of the rest of the world, but we have to rise above, including in the intangibles like existential (“meaning of life”) satisfaction.

If we let it, modern society will turn all of us into NPCs because any society based on “equality” requires centralized control to mobilize and control the herd, and this in turn means that it will reward obedient mediocrities over exceptional people, because those cannot be controlled. Heroes, geniuses, creators, wise men, sages, artists, and philosophers are anathema to control.

The problem that the yellow vests and other protests face consists of knowing what they want. They know what they do not want, namely high taxes caused by fuel assessments designed to delay climate change. That starts a process like unclogging a drain, where the first thing you pull out connects to a long string of others.

In this case, the string includes high taxes, low wages, high cost of goods, and a nagging sense of a complete lack of meaning to existence. People have become consumers who exist to work and buy, and the state uses them for its own purposes, making them feel like munchkins in The Wizard of Oz or the wage slaves in The Matrix

The yellow vests recognize that their situation is bad. High taxes have lowered their wages while raising costs, especially of housing, in order to subsidize the underclass. This cannibalizes the middle class in order to pay for the unsuccessful.

They know only the appearance of what they are rebelling against and not its causes, having seen that hypocritical unelected elites are destroying the French way of life:

More recently, Macron pledged to sign an open-borders UN pact on world migration, which the US, Australia, Israel and a handful of European nations reject. He said France’s cherished secularist 1905 laws should be revised, largely to help the country’s newest religion, Islam, integrate within French society. Worst of all: Members of his party have indicated that Macron is willing to give up France’s UN Security Council seat to the European Union.

None of these decisions please anyone in the country, save the clone-like Macronista hipsters in Paris and a few large cities. They are men and women in their 30s and 40s — affluent, well-educated, in competitive jobs, able to afford the crazy rents in places like Paris, Bordeaux or Lyon.

Safe in gentrified neighborhoods, they welcome “diversity” and see themselves as morally superior. They welcomed a president in their own image, especially as he faced the National Front’s Marine Le Pen, the perfect foil, in last year’s election.

In other words, elites are fans of lowercase-c conservatism, meaning that they support whatever worked last. In particular, they are afraid of not doing what the last guy to succeed did, lest they be blamed.

They are running up against an intractable problem, namely that entitlements programs have bankrupted the West which has caused an impact on everyday life of everyday people:

What’s different about these protests, and the thing that should have every political leader in the western world taking note, is that these are not the leftists who usually do the rioting in Paris: these are ordinary people and workers, organised not by trade unions, or the Communist Party, but by Facebook.

In other words, Leftist programs designed to promote equality have destroyed normal middle class life. This should awaken all students of history, because this is the point where the middle class stops resisting the revolutionaries and lets them tear down the old system.

Not surprisingly, the same is happening across the West as Leftist governmetns run out of money and simultaneously find that their anti-poverty programs have not reduced poverty:

However, while material poverty has declined, Americans are not better off when it comes to self-sufficiency. The percentage of Americans dependent on government has remained virtually unchanged since the 1960s.

It has cost taxpayers $22 trillion, with another $14 trillion projected over the next decade. Even more tragically, this approach has failed the poor, leaving America’s most vulnerable no better able to help themselves than they were in previous decades. If history tells us anything, the government’s anti-poverty method will only continue to produce the same failed results.

In other words, Leftism promised to reduce poverty and instead, made it a permanent feature of our societies at the expense of the middle class, who find themselves not impoverished but in no way independent of the system.

This fits with what we know of control. Systems based on control thrive when they have a single way to manipulate people, and when people depend on their jobs, the system has this power. A dissident will be fired, and so suddenly, there are few dissidents.

In a bigger sense, however, the yellow vests show us the end of liberal democracy. Civil rights, tax-and-spend wealth redistribution, and the vote have not made life better; instead, they have turned it into servitude.

As we go into the twenty-first century, it makes sense to remember what has failed — Leftism, socialism, democracy, diversity — and to look for options which do not take on those burdens. France will lead the way in this revolt against revolutions.