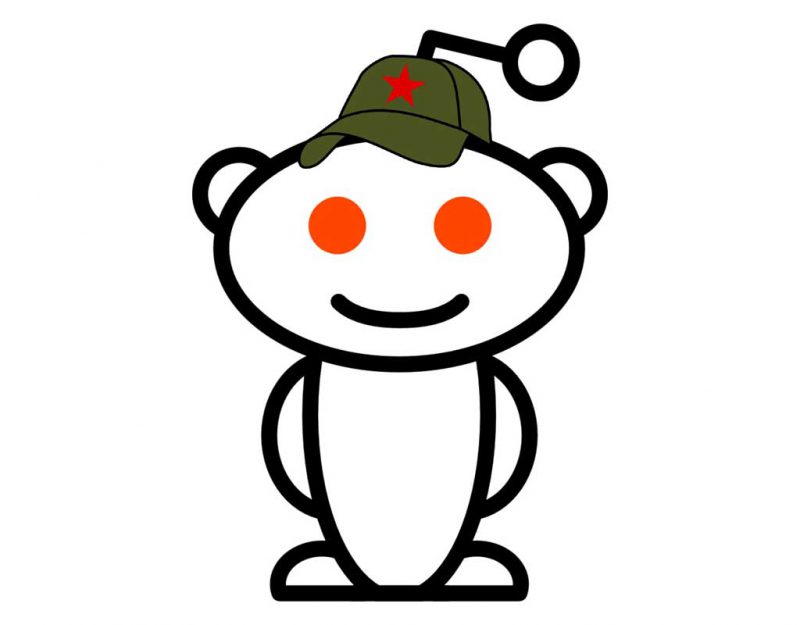 The latest media purge from the Left resembles the previous one: ban a few conspiracy accounts that most people will recognize as nutty, and while the herd talks about that, also eradicate as many credible conservatives as possible.

These Leftists have recognized a strategy that penalizes people like Amerika, mainly because we are making inroads with the undecided. They want to smash the unpopular and then remove that which uses critical argument — something Leftists can parse — to debunk Leftism.

From this we can glean a few facts. First, the Left is concerned because they are the home team and doing quite a bad job, which favors the challengers like Trump and the Dissident Right. Next, people are moving away from the Left, especially after the last few months of coronavirus masks and race riots.

In other words, liberal democracy is making itself unpopular with the cutting edge of the population, meaning the sharper and more critical types who previously were a backbone of the Left. Instead, the Left is seeing its ranks fill with conformists who have not yet figured that the era has changed.

Last century was the Leftist century; even with a few hiccups like Reaganism here and there, the Left preserved a massive inertia toward egalitarianism. However, around the turn of the millennium, people started to notice that the good things about the West had been erased, and the new version was paranoid, ambiguous, and threatening.

G.W. Bush got vaulted into office by people of all races who noticed that the Nü-Amerika resembled the Soviet Union more than the easygoing, practical, and realistic place it once was. They missed the older version, where being a good person and being productive were more important than political allegiance.

Events got rolling with the dogwhistle when Donald Trump Jr was suspended from Twitter:

Twitter has banned the US president’s eldest son from tweeting for 12 hours.

The action followed a post by Donald Trump Jr containing a video clip discussing the benefits of hydroxychloroquine.

The Left thrives on being unfair and hypocritical because to them, only equality is good, and anything in service to equality is therefore also good, especially something which enrages the opposition into reacting. Hypocrisy and injustice poke the bear.

Even more, this said to the world that the Left was unafraid to take on those in power, even on highly dubious pretexts, because the witch-hunt was beginning. Others quickly joined in, and a wave of bans radiated across the internet.

They started with medical information that threatened the Leftist attempt to keep people masked and withdrawn so that the economy crashes and Trump gets voted out of office:

Web hosting platform Squarespace has shut down the website of America’s Frontline Doctors – a group of doctors who have come together to address what they describe as “a massive disinformation campaign.”

Yesterday the group held a viral White Coat Summit press conference in DC where they discussed their experiences treating coronavirus patients and shared their views on the pandemic.

The press conference went viral on social media, accumulated tens of millions of views within the first eight hours of it going live, and was retweeted by President Trump.

But after media complaints, Facebook, Twitter, and YouTube then stepped in and censored the video, claiming that it was “sharing false information about cures and treatments for COVID-19.”

They were waiting for a chance to smash down something that Trump favored, making the message clear: we are coming for your supporters. Fall in line, wear a mask, vote Biden, put up a BLM sign, or you are a target.

Three males and one female, aged 16 to 21, were detained, a police official said at an 11 p.m. news conference. All are believed to be students.

“Our investigation showed that a group has recently announced on social media that they have set up an organization for Hong Kong independence,” said Li Kwai-wah, senior superintendent of a newly formed unit to enforce the security law.

The 1-month-old law has chilled pro-democracy protesting as activists along with academics and others wonder if their activities could be targeted.

Spreading fear serves the Leftist cause: they want you to be afraid to do anything but enthusiastically affirm the failing Establishment Regime. With a few public executions, they hope to drive everyone else back into conformity.

Among those barred are high-profile activists Joshua Wong and Lester Shum.

The government said the candidates were not fit to run for office.

It said they could not be considered to be abiding by the constitutional duty required of lawmakers if they advocated for, or promoted, Hong Kong’s independence.

Hong Kong authorities now reflect Chinese will as surely as the Democrats and the Big Tech companies — Twitter, Google, Facebook, Amazon, Reddit, Apple, and Netflix — do. Their goal is to control minds by controlling language and imagery; they want the appearance of democracy, but the effects of totalitarianism.

Following this, Reddit deleted the “new_right” channel as well as my account, with no explanation given and no chance for appeal. Apparently the work I had been doing there with the “askaconservative” channel had attracted the attention of the powers that be.

I wrote the responsible parties (email them) this letter:

I see that I have been banned on Reddit with no explanation and no chance for appeal.

The promise of the internet was to link humanity; the approach of “viewpoint discrimination” unlinks humanity:

I believe in humanity and the notion that any idea can be expressed, so long as it is done in a civil matter and on-topic.

Reddit has apparently adopted the opposite approach, which is to eliminate certain topics because they are unsettling.

It might be better to “rip off the bandaid” and simply get into these topics, and to restore open discussion by avoiding viewpoint discrimination, while banishing actual anti-social behavior.

I realize that with the last Trump Jr tweet censored, the word went out from Leftist high command for all goodthink comrades to begin banning Right-wingers, but you have the ability to resist this kind of
groupthink. After all, they did the same thing in Hong Kong; do you want to be on the side of history that seeks to control humanity for its own ends, or one that believes in humanity?

We cannot even use these sites in good faith and abide by the rules because they will remove us simply for what we are.

The Left has just been practicing during the past few elections. Now they intend to make it happen for real: vault Biden/Harris into office, open the immigration floodgates, and ensure that no pro-Majority candidate will ever win again. They think themselves clever, just like the Bolsheviks, and they will have a fun seventy years of killing people until their system implodes.

For us to escape this, we need an exodus of non-Leftists from Big Tech toward independent platforms. Ultimately, we are going to need our own internet where these companies have no influence.

This means our own search engines, and our own internet backbone, where complaints have no echo. We need our own version of CloudFlare, and our own social media sites, as are starting to appear with Ruqqus, Gab, TheDonald, and Parler.

We need market power. If the 40%+ of our population that is not Leftist decides to take its money and go home, the damage will unravel Silicon Valley and start the market transition that we need. In other words, our move need not be permanent to wreck the utility of these sites.

Social media thrives on “network effects,” or the value derived from having lots of existing users so that you can contact others. Whoever has the most users is the most useful to new potential users, and so quickly takes over the market. Everyone has a Facebook account, just about.

Network effects set the groundwork for powerful monopolies. Once a site has more users than others, it just keeps growing because everyone wants to get to be where everyone else is. These monopolies then advance their technology to the point where no one can catch up.

Our government gave out so much money starting in the 1960s that now the underlings have buying power. These companies cater to them because this group has the time to hang out on social media all day. These firms have prioritized their most fanatical users over being good community members for the rest.

A good community member preserves free speech; a bad one caters to the most obsessive group, and this group being from the lower echelons of society, wants to tear down anyone above it. Anyone who might Know Better must be destroyed by the jubilant, destructive monkeys.

That in turn led to these companies hiring people who were favored by this group, which meant fanatical Leftists. The relatively apolitical Silicon Valley got swallowed up by the Burning Man types who, desperate to find immortality through political contrarianism, went far-Left.

The Right needs to come together and focus on what it shares instead of inventing new and divergent theories every month. We are now in a struggle for speech, but soon it will be the struggle for survival.

After all, history repeats itself, and we know from past examples that right after the censorship comes the rounding up of dissidents. The Left has not changed, not since the 1790s in France nor the 1920s in Russia. They will do it again. We can see the early stages right now.