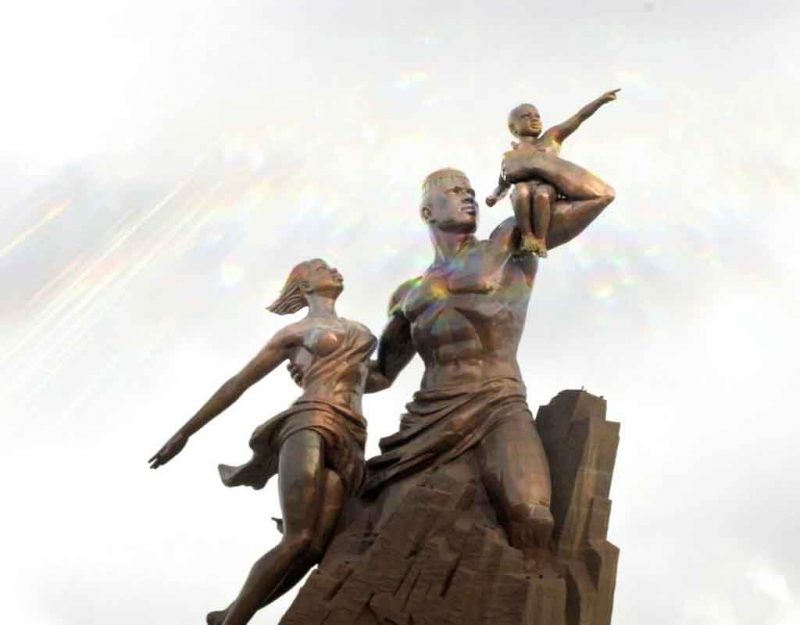 As globalism descends into chaos and corruption, nations are breaking away and forming ethnic and religious alliances to replace the old ideological groupings. Many in the African diaspora population are calling for return to Africa and creation of a pan-African superpower.

As we ready ourselves for 2021, all Africans are urged to join Campaign 2024 in honor of great Pan African nationalist champions like Marcus Garvey to advance African people into a powerful global force. The architect of Campaign 2024, Chairman Menelik Harris has prioritized as his Pan African mission, work and duty a decade after leading the World African Diaspora Union (WADU) Pan African Summit in Ethiopia to warn African Union leaders to fast-track our Pan African Government. That was 2010 and within months, in 2011, Africa was invaded by white supremacy forces in a military blitz that sacked key nations, hijacking the African Union and thwarting our fast-track agenda for our Union Government of Africa. Consequently, as we edge into 2021, Menelik is urging the greatest mobilization of Africans by 2024 to revive and fast track the Pan African Government to ensure Africa establish itself as a superpower to finally protect and power itself and its people. All Africans must be clear that only in a massive campaign for our unification Africans in a Government will halt the recolonization war that is already causing genocide in Africa.

The Campaign 2024 work for Union Government is not only to mark the centennial anniversary of the Most Honorary Marcus Garvey proclamation for a United States of Africa in his poem “Hail United States of Africa”, it is also to honor those who sacrificed greatest for African people. These great leaders like Kwame Nkrumah, Abdul Nasser, Sekou Ture, Haile Selassie, Ben Bella, Julius Nyerere, Robert Mugabe and Moumar Gaddafi have led the powerful work in promoting our Union Government, resulting in the creation of the Organization of African Unity (OAU) in 1963 and for it serving as the base and the beacon for our liberation. However, because the OAU was a compromise due to the continued influence of colonialists to control Africa, the OAU was in disarray by the 1990’s. Thankfully, it was quickly regenerated with massive funding by President Gaddafi of Libya. As the African Union in 2003, its primary path was to revive and fast-track our Pan African Government. However, since the 2011 invasion sacking the AU, key Pan African nations, organizations, and major leaders under President Barack Obama, in a white supremacy agenda to subjugate Africa, Africa and all Africans are now vulnerable to recolonization and further enslavement.

Indeed, the United States of Africa Campaign 2024 was first announced in 2019 after Africa began collapsing into chaos, civil wars, terror attacks, famine, slavery and the deployment of military forces from all the major nations of the world to Africa in what most experts have clearly described as the second scramble to colonize Africa. The new scramble for Africa was formally initiated after Hillary Clinton announced that Africa was ripe for recolonization and in 2011 the USA colluded France, UK and their EU and Arab allies to invade Africa. A key priority was to destroy the Libyan government, the main architect and financier of the Marcus Garvey vision to establish our Union Government. Another was to attack other Pan African nations perceived as threatening to white supremacy agenda to regain complete domination over Africa. Further, in promoting the 2011 recolonization war on Africa, nations across Africa were bribed, bullied and our people bamboozled by the Obama regime. Before the actual invasion, there was a massive propaganda campaign promoting the first Black president of the United States as having the best intentions of Africa and Africans. We have also witnessed the 2012 coup to sack the African Union and by 2013 hijacked the African Union to serve white supremacy. Africa is now on a fast-track to recolonization since the 2011 invasion.

Family, as look into 2021, we must not forget that in the first decade of the 21st century, Africa was rising to greatness under a Pan African Government agenda, but it fell precipitously into chaos since the 2011 invasion. As we engage this decade of the 21st century, all Africans must rise to resist the recolonization onslaught by reviving our Pan African government now. Chairman Menelik Harris of Campaign 2024 like Garvey was born and bred in Pan African nationalism in Jamaica and has been working on this specific agenda since serving as a student organizer under the late great Kwame Ture. He has also successfully promoted major wins for African people in key areas such as economics, politics, education, and African culture. Please join us on December 21, 2020 as we launch our Month of Ubuntu (Beloved Community) to regain our sovereignty over Africa in our United States Africa 2024 Campaign.

Another Reason Senility Joe Would Be A Bad President: The Debt Jubilee | Leftists Are Slowly Realizing That They Have No Path To Victory