With nationalism and secession for all… 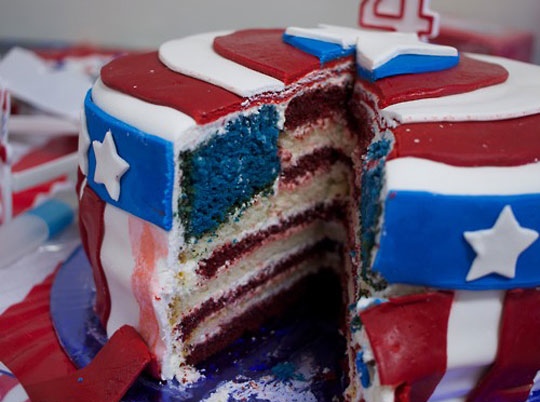 If you have followed my last few posts, you know that I possess a pessimistic outlook for the future of the United States. Economic collapse is inevitable. I do not look forward to the collapse and I do not enjoy the decline. However, I believer there is a glimmer of hope for the future.

Demographics is destiny. Even if the Republican Party wins in 2016, they will not deviate from the last 30 years of following a mellowed version of the Reagan agenda. It would make too much sense for them to uphold the law, deport all illegal immigrants, secure the border and reform the Immigration Act of 1965, so they will not do it. Instead, like the businessmen they are, they will try to re-invent past strategies for the future while maintaining a “bipartisan” compromise with Democrats, which means that Democracts will define the agenda.

Thus the GOP will pander to the multiculturalists. They will fail: You cannot defeat the Democrats at their own game. Democrats have a forty-year history of importing new populations or enfranchising old ones so that they can be given government benefits, put under government protection, and otherwise made into lifelong dependents on the liberal program succeeding. To anyone with an IQ above their sock size, this was a vote-buying scheme from the beginning.

The GOP could win with a massive immigration overhaul. Red Staters are winning the breeding wars versus the Blue Staters. The Democrats are dying out, hence their need to flood the country with immigrants. So far the GOP has been unwilling to commit to their party base, the middle class American family. The American middle class would be content with us returning to the 1790 Naturalization Act. The GOP instead chases the great delusion that it can take imported Democratic voters and convince them to vote for the white party even though it offers fewer benefits and no status as a protected, privileged group. This has never worked and never will.

However, the GOP’s failure on this issue may not necessarily be the nail in the coffin for Red State Americans. It is likely that illegal immigrants will be granted amnesty. If not, they’ll have some anchor babies in order to secure their spot in their newfound homeland. They won’t be leaving and they’ll be breeding. The southwest corridor of the United States is already heavily “Mexicanized.” As their numbers grow, so will their nationalistic fervor. Welcome to the Republica del Norte.

Ask yourself this question: Do you think the Republica del Norte — a new ethnically Central American state in the Southwest — will take kindly to the laws being put into effect by Washington, DC? This area will attempt to break away, which will then smash the idea of a Federal America, and prompt the country to divide up into regional authorities who do not collaborate. Superpower America will be dead, replaced by a cluster of smaller states who collaborate on nothing. The vast powerful economy of USA, Inc. will be gone; so will the powerful military. In fact, the USA will cease to exist, and we will return to the issue that prompted the writing of the Constitution and the American civil war: the tension between states’ rights and federalism.

The good news of a return to a confederacy of states/states’ rights model is that no state will be required to subsidize another. Thus Republica del Norte will no longer get tax dollars from the Midwest, and the almost-certain breakaway states of Silicon Valley and the New York Corridor will pay import prices for goods from the midwest. Neither group can rely on the historical American majority, the middle class Western European family, to support its interests in foreign wars. Life will get more expensive. States will be squeezed out of existence by failing economies or whatever wandering forces choose to invade, secure in the knowledge that a local invasion will not trigger retaliation from the whole former USA.

With the growth in the national debt, outlook for entitlements, and debt-shackled Millennials expected to pay the bills, an economic collapse of epic proportions is inevitable. This is where the Red State man comes in. Like a tiger in waiting, as soon as the collapse happens, various nationalist movements will pounce at this opportunity. The federal government will be weakened financially. They will simply be unable to prevent pan-secessionism. Imagine a Dixie nation, a Texan nation, the Republica del Norte, a Midwest nation, a South Florida/Cubano nation, a New England/East Coast nation, a Hawaiian nation, an Alaskan nation, a Mountain West nation, and a Northwest Pacific/Cascadia nation.

All of these various regions have very distinct cultures and some of them even have their own languages as well. Dissolution of the union is probably the best strategy for right-wing men to find a nation that they identify with. This would also provide the best opportunities for liberals to have a nation they can be proud of as well. It provides the best possible solution for everyone involved. So when the opportunity arises, let’s just go our own way. America, you had a good run but we all need to prepare for a future without you.