by Jonathan Peter Wilkinson on December 1, 2015 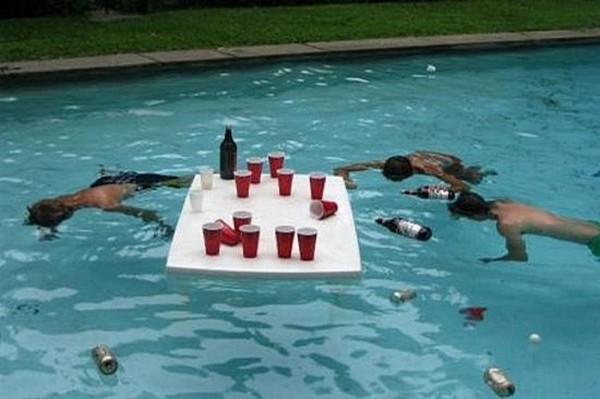 So Josh Kraushaar of National Journal offers us a doom and gloom scenario for the Democratic Party which should only leave me wondering which sort of alcoholic beverage I should choose when I take to the streets and celebrate. He points out the following in claiming that the GOP could reenact Desert Storm against a culturally and socially deracinated Progressive Democrat rump.

Most pundits are expecting a very close presidential election. Iâ€™m not so sure. With terrorism on the march, rising fear of crime at home, growing racial polarization, pervasive economic anxiety, and a president detached from it all, the pieces are in play for a GOP landÂ­slide.

Then I take a step back and examine that analogy. Two reasons for further ratiocination come to mind before I load up on the party juice. One, the bad side of Desert Storm was the totally bungled aftermath that pretty much frog-marched us into Iraqi Freedom. Two, a Democratic Party loss is the assumption of power by the other side. In this case, we are discussing the GOP. Is that a positive bargain for America? Let us examine.

For starters, there are only two men left in the GOP Primary Race that could potentially leave America less like Amerika than they found it. The Donald and The Theodore (Ted Cruz) are about it as far as positives.* The rest of this noxious gallimaufry are not worthy of further mention and may well convince me to swear off voting in the Presidential Election of 2016 if they show up on the GOP ticket in either slot.

The Theodore appears the closest thing left in the current filed to a Constitutionalist. Heâ€™s read the founding documents and studied them in law school. Unlike most Harvard grads he left the Pretention Palace on the River Charles with a certain level of respect for where America came from. It would be nice if we had a CEO that attempted to run America the way people far smarter and more grounded in reality designed it to actually work.
The Donald, the Donald is the closest thing to an affirmative traditional populist that we have in either party. If you want it to get blown up, you want the man who knows how to throw a blow-out. Trump is a hammer treating the issues of the day as if they were nails. Letâ€™s examine just how heâ€™d drop the hammer.

Graph it on a 2X2 grid using the definitions popular in poli-sci and Trumpâ€™s ideological meanderings make no sense whatsoever. Based on that, itâ€™s easy to write him off as a Rightist Huey â€œThe Kingfishâ€ Long.

Rate them on a 2X2 scale where the X-Axis runs Easy to Complex. Add a Y-Axis of Populist to Elitist. If we went through about 25 different Trump proposals to fix some aspect of America you would get a big cluster of dots that map to the quadrant of Easy, Populist. Thatâ€™s a new and coherent ideology. Call it Simplificationism. He proposes to make America great again by rendering it more comprehensible to the citizen of average abilities and standard means and less of an elitist reunion of The Harvard Club.

Itâ€™s proper to caveat this because anyoneâ€™s simplification would create negative externalities and probably not solve all the stuff it was aimed at. So what? As opposed to what? Obamacare? The Gang of Eight immigration plan? Our current Global Disagreement with Terror? The advantage Simplificationism has on all of it is that at least weâ€™d understand what was messed up. At least weâ€™d have a guy in their trying to fix it instead of just making another buck off a once great nation driving drunk into the high-crime drainage ditch.

But all of this desire to restore Constitutional Primacy and simplify a fractal-complex world would run into a potential buzz saw of concealed iniquity: the â€œestablishedâ€ and â€œrespectableâ€ GOP. The â€œestablishedâ€ GOP would seek to kill the Populist aspect of Donaldâ€™s Agenda and much of The Constitutionalism of a President Cruz in order to allow their donor class to better rake in the rewards for â€œloyaltyâ€.

The â€œrespectableâ€ GOP wants to promote civility with The Left. It preaches cooperation and accommodation with all forms of diversity and perversity. This would make it utterly impossible to govern the way either Cruz or Trump would want to if the wrong GOP factions were winning big down ticket from either manâ€™s hypothetical victory. So stay frosty my NRXers, even a GOP victory in no way guarantees a necessary hard right turn in Amerika towards the direction of America.

*-I could see Rubio breaking even on the America/Amerika DSM Axis, but only if Congress or the USC stones him on his immigration agenda.