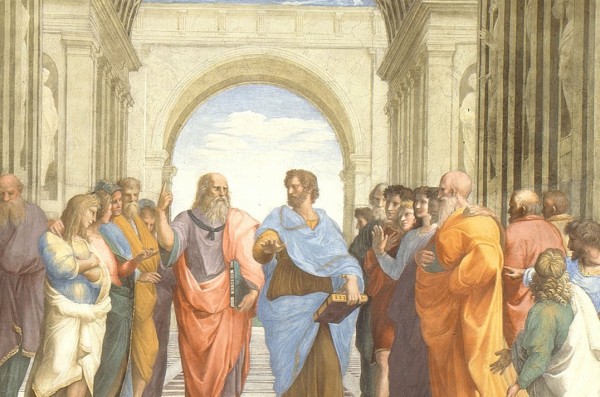 Conservatism divides us because while it possesses many good attributes, it inevitably becomes swallowed by leftism and ends up advocating leftist ideals. For that reason, it needs restoration, and like any good renovation effort, this one begins by stripping it to its frame and rebuilding outward.

That second part confuses people because in utilitarian societies, good means whatever most people think is pleasant-sounding right now. Conservatism conserves wisdom most of all, and recognizes that goods are eternal and independent of human thinking, but like the first plank, are measured by what produces good results. This is a form of accountability that has been forgotten in modern politics.

Conservation recognizes a truth of human beings: they are not uniform, but in various stages of learning, and how far they get is determined in the largest part by genetics. Most things are mediocre, and most people behave in mediocre ways, veering toward the selfish, venal, corrupt, deceptive and narcissistic instead of that which will bring them long-term happiness. Anything which is left in the hands of the crowd, where people have zero accountability, will be plundered and destroyed.

For this reason, conservatives see “the good” not as “the popular” but as the eternally good, meaning both in the long-term and that in every age of humankind, what will produce results above the mediocre norm. As popular wisdom dictates, we either aim high in life or getting dragged down by entropy, stagnation and the steady erosion brought on by time. Conserving means not preserving a past state, but having a future aim that can never be fully achieved because that means we are always pointing in an upward direction.

This leads to a clash with popular morality. Most people want a morality of “protect the weaker” because, as individuals, they fear falling short of social standards or required performance at a task. For this reason, they envision themselves as the weaker and reason that if society protects the weaker, they personally will never face consequences. The eternally popular idea in humanity is: receive the benefits of civilization, but take on none of the burdens, a mentality we might call “anti-accountability.”

Popular morality regulates by method. Murder is bad; therefore, all killing — a method — is bad. This introduces hilarious inconsistencies when we go to war, execute murderers or defend ourselves because those are killings, which are bad, but can often have good results. This hopelessly confuses the issue, which is not method but results. Killing a bad person is good, but killing a good person is bad, to use the simplistic nomenclature of popular morality.

As a result, conservatives will never get to the root of their philosophy while they adopt popular morality. Instead, we should turn to Plato. In his writings, he expressed a simple argument based on the above in which he pointed out that bad methods can lead to good results, therefore measuring universally by method is a bad idea. His formulation was much clearer: “good to the good, bad to the bad.”

Where popular morality is simplistic and pleasant sounding, this more complex view puts more of a burden on us. We cannot escape censure by merely doing nothing to offend anyone, and not engaging in certain methods, but must master those methods and put them toward both good intent, and a study of the world that ensures we achieve good results. This means that we have a duty to kill when appropriate, instead of a socially safe position of never killing and assuming through pretense that we are thus “good.”

Popular morality works through a zero-sum game. In its view, if we remove all of the bad, we are left with good. Under the Platonic conception, we have a duty not only to avoid bad, but to actively achieve good, even through bad methods. This means that pacifism, withdrawal and tolerance are not moral goods, but moral ills.

In this difference the extremity of conservatism emerges. It is not enough to avoid acting in a way that appears scary. Nor can one hide behind approving of everyone and everything. In contrast, we each have a duty to do what is moral in order to conserve the ongoing direction toward what is good. While this makes us all policemen for social order, it also obliterates the complacency that allows civilizations to slide toward chaos.

By doing that, it makes conservatives not just a moral few fighting a rearguard action to defend their way of life, but as the guardians of an idea bigger than past or present: that we must continue our own evolution toward the highest goals we can find. This is not a philosophy of do-nothing, like that of egalitarian society, but orders toward war, and if conservatives recapture that outlook, they can end their centuries-long retreat in the face of encroaching insanity.

Will it really be a party if the GOP wins in 2016? | #BlackLivesMatter has a point: Chicago deserves to burn