Will Brazil Set A Precedent In Quitting Liberal Democracy? 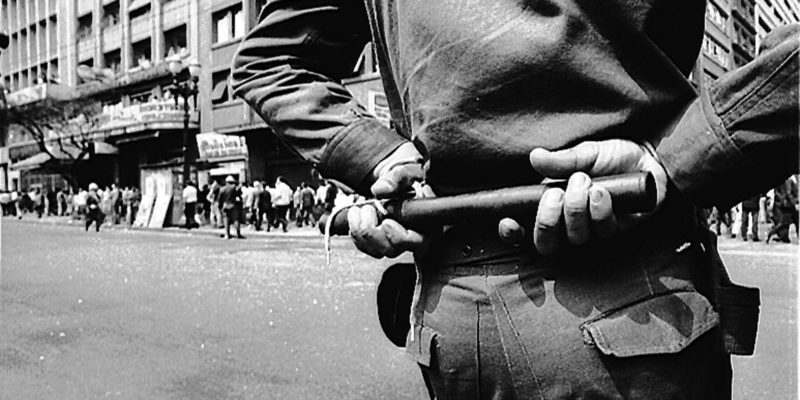 On paper, Brazil looks primed to rise as a world superpower. It’s loaded with resources and exists uncontested in a region that is mostly an afterthought to the globalist powers vying for control in the east. Yet its citizens are restlessness and angry and rightfully so, for their young democracy, formed just a few decades ago after a brutal military regime, has been riddled with economic turmoil coupled with unprecedented and unfathomable corruption.

The investigation that led to CerverÃ³â€™s arrest â€“ codenamed Lava Jato (Car Wash) â€“ was about to uncover an unprecedented web of corruption. At first, the press described it as the biggest corruption scandal in the history of Brazil; then, as other countries and foreign firms were dragged in, the world. The case would go on to discover illegal payments of more than $5bn to company executives and political parties, put billionaires in jail, drag a president into court and cause irreparable damage to the finances and reputations of some of the worldâ€™s biggest companies. It would also expose a culture of systemic graft in Brazilian politics, and provoke a backlash from the establishment fierce enough to bring down one government and leave another on the brink of collapse.

Brazil has yet to recover from the Operation Car Wash scandal that caused the impeachment of its last elected president. Meanwhile senators and other congressman continue to be thrown in jail cells as its overwhelmingly unpopular current president was recently caught accepting bribes on tape. The implosion of Brazil’s liberal leaders continues on as the majority of its leading presidential candidates have been accused and even convicted of corruption:

Lula has brought his case to the nationâ€™s court of last resort. If affirmed a second time, he would be disqualified from running in Octoberâ€™s election.

51 percent of Brazilians said they do not want the government to allow Lula to run for president while convicted of money laundering and corruption. 53 percent said they want to see him in prison.

Enter Jair Bolsonaro, one of the most extreme social conservatives the West has ever seen. To get a sense of what Bolsonaro is like, imagine the terrifyingly totalitarian Donald Trump character that was rampantly portrayed in Leftist media and then inject him with steroids and bath salts. Aside from endorsing torture in the presence of a politician who was tortured by the nation’s last dictatorial regime, proclaiming at he would “rather have a dead son then a gay son,” and insinuating that a female candidate was “too ugly to rape,” Bolsonaro openly endorses and longs for the days of Brazilian dictatorship that was fairly recently left behind:

APPLYING to politics the boldness he once displayed as an army parachutist, Congressman Jair Bolsonaro plunged into uncharted territory a few weeks ago when he strode to the podium of Brazil’s Chamber of Deputies and called for the closing of Congress.

“I am in favor of a dictatorship,” he bellowed in a speech that rattled a country that only left military rule behind in 1985. “We will never resolve serious national problems with this irresponsible democracy.”

Bolsonaro is currently second in the Brazilian polls, trailing only the convicted felon Lula. But with Lula likely set to make an exit via legal disqualification, it appears Bolsonaro is primed for electoral victory. With more governmental corruption charges appearing each day and a leadership whose incompetence is widely understood among the public, it appears that Brazil’s citizens are ready to willingly vote their democracy away this October in the hope that a militant far right politician will aggressively dismantle a democratic system that appears to be broken beyond repair.

Should this be the outcome, America may not be far behind. There undoubtedly has been a great awakening to the corruption in American politics over the last few decades as a similar elite class continues to act in its own interest and follow the same toxic behavior patterns that we’ve seen from Brazil’s government. With no end seemingly sight to the illegal surveillance, dark money, fake news, perjuries, and voter fraud, Trump may have been the last hail-Mary pass of the American voter’s attempts to preserve the historically most stable democracy in the world. With younger generations feeling left behind by our celebrated democracy, it is in all likelihood that alternative forms of government will soon be on the table.

With Western democracy teetering at each passing moment, many nations have begun the race toward totalitarianism. Should Brazil be the first to cross the finish line, many more may be soon to follow. And depending on how the Trump reign progresses, it just might be America next.

Alt Right Does Not Mean “Nazi.” Time To Stop HitLARPing. | India Shows That Wherever Diversity Is Tried, Social Breakdown Follows