Will Amerika be Ripe for a Butlerian Jihad?

by Jonathan Peter Wilkinson on December 30, 2020 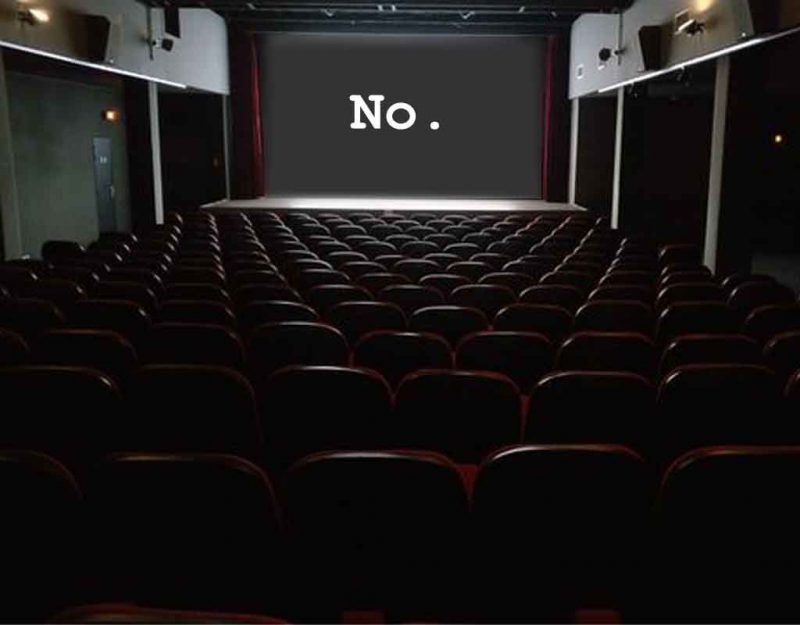 Good Space-Opera Sci-Fi is in no way realistic. It works because the reader chooses to relax the basic requirement that the science works. Frank Herbert pwned the genre with Dune. The reader could either ride the spice-worm or just blow the whole thing off. People hop aboard the worm because even scientifically inclined individuals are often not technocratic materialists. Learning some good, solid calculus doesn’t turn off the desire to dream a dream.

So Dune was the ridiculous future universe where the laws of space and time were conquered. This was by an awesome technological juggernaut that bent the laws of time and reality to the rigorous and logical will of ever-expanding humanity’s multi-planetary interstellar empire. After the banning of computers and cyborgs of all kinds. Huh? Say what?

The bright red Bovine Scatology Flag is thrown on the literary field of play. There is simply no way the simple human mind can calculate hard, factual data down to the level of granular necessity required to effectively rape both Newtonian and Modern Physics to the point where we could enjoy reliable mass transit throughout an entire spiral arm of even a small galactic empire.

Don’t even worry about finding the dilithium crystals. If you’ve ever cranked your computer chess opponent up to Motley Crue Volume and then repeatedly lost within fifteen to twenty moves, you’ve discovered a basic human limitation that restricts our desire for galactic empires long before money, physics, or even leftist politics kick in. You probably can’t count high enough to do hard math.

The computer is going Vince Lombardi on you at chess because it can literally count and evaluate billions of more possible moves than most of us humanly can. Even if you evaluate moves as well or even better than your ipod’s chess engine. The chess engine has so many more enumerable options that eventually brute-force Bayesian Probability just grinds you into the dirt like the old Pittsburgh Steeler Steel Curtain Defense. After losing to the chess engine maybe ten straight times; you come to understand intuitively that there are three kinds of people. Those who can count, and those who cannot.

So how does humanity’s fundamental suckage at math relate to the banning of the only machinery that we can produce that actually can grind through numerical data at a rate possible to empower modern society? That relates to two possible undesirable outcomes. (I’m staying within my limitations when I count them.)

1) The EvilMac passes the Turing Test and really doesn’t like the weedy sperg who coded his OS and populated the C: Drive. He develops a very nasty conscience and takes over the important stuff so that frail and ugly humans don’t screw it up. We’ve seen numerous versions of EvilMac ranging from the Cymeks of the Dune universe, to Skynet, to the nefarious skin-jobs that were rigorously screened for via The Voight-Kampff Test in the classically dystopic Blade Runner.

This was the path to cyber evil in the Dune Universe. It eventually reached peak bad when all of humanity was enslaved. In the Dune prequel Dune: The Butlerian Jihad humanity eventually rises against the machines and passes religious dictums that forbid the replacement of any human cognitive function with a machine.

2) The computers could just get faster without developing evil morals. The people procuring and coding them could be rotten enough to do lots of bad things without any cybernetic cognitive decision aids to make them fulsomely worse. This is easier to believe, less sexy, and all too real a problem as our technology outpaces our ethical progression.

A) The ability to leverage technology to turn all of Amerika into lockdown nation will possibly crush our economy. Michael Snyder tells us the following.

We already knew that this was going to be the worst winter for the U.S. economy since the Great Depression of the 1930s, but now a new round of lockdowns threatens to rip the guts out of hundreds of thousands of small businesses all around the country. As I write this article, 33 million people are under “stay-at-home orders” in California alone. With each passing day, state governments are implementing even more new restrictions, and those new restrictions are going to increasingly choke the life out of economic activity in this nation.

This, of course, could never happen absent the technology to track millions of people and places to make sure nothing subversive like economic exchange took place absent official permission. These devices such as tracking apps in smartphones don’t exist by accident. They have to be demanded, commissioned, paid for and deployed. They have to be used for precisely the purpose of effecting said lockdown.

B) The use of computer software to compromise the ability of a nation to conduct a fair and open democratic election. One possible example would be the complimentary vote-hacking algorithms Hammer and Scorecard.

Again, there was no Cymek to make weird and obviously dishonest things to happen in Election 2020. However, the technology met with malicious intent and was directed to produce dishonest outcomes.

The answer to outcome number two is not easy. The Butlerian Jihad worked because an enemy was identified, isolated, and targeted. The purging of situational ethics is a lot harder to effect. That sort of decision-making has to be prejudicially penalized from an early age. But how do you expect Millennials who never bothered growing up to actually police their kids?

Maybe the better answer is to remove the support systems that allow poor decision makers to survive their own brain farts. Letting fools win what they deserve in life may be the only social policy that cures society’s ills. Otherwise, society is composed of the morally compromised, intellectually incurious, and the easily controlled. At that point, technology caters to exactly that demographic.

Then that empire of the stars Frank Herbert dreamed about remains far off fiction. Even a basically just society is entirely compromised. The Butlerian Jihad that cleanses Amerika must be targeted against the machine that makes dependent, servile, and utterly useless existence a hallmark of modernity. None of the technology, none of the programs, and none of the overarching goals of our current and malignant leadership are possible absent the cooperation of people who totally should and generally do know better.

Amerika’s Butlerian Jihad consists of concerted effort to withhold necessary sustenance from the parasitical masses that enslave us all in servitude to the malignantly mediocre. Cut the Leftist off. Freeze him out of the conversations and get-togethers that matter. Gradually and passively drop them from our lives, flense them from our sources of income and houses of worship.

It doesn’t matter what a Leftist claims they run. They don’t run anything worthwhile to any greater extent than Odoacer could genuinely run Rome in 476 AD. It is not in their defective DNA. Let them build their own. They will eventually run out of freeway overpasses to serve as good Leftist housing.

Leftism is in no way, shape, or form self-supporting. Without a successful regime of threats and guilt-trips against those who can produce, it will never feed itself. The word “No” dispels the Leftist. Let our jihad against leftist morality be the simple and implacable Jihad of No.

If CDA § 230 Ends, Then What? Common Carrier | Leftists Want to Invert White Culture in America