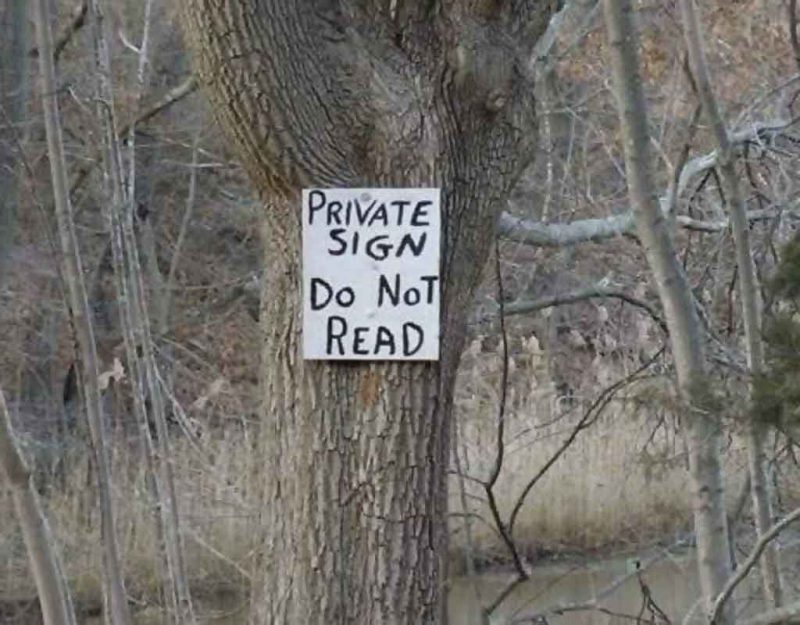 Take a bag of ten thousand marbles, all white except for one that is red, and pour it on the floor. This resembles human opinion, which goes in every way at once, with most ending up at approximately the same distance from the red marble, which is what might symbolize a realistic view.

Such also proves the case with the discussion over § 230 of the Communications Decency Act (first passed with the Telecommunications Act in 1996), which seems to cause mass consternation as people defend it as the legal protection for online free speech:

Plans to gut Section 230, which passed as a part of the 1996 Communications Decency Act, are abominations that should raise the hackles of free-speech-loving Americans. That section in federal law includes the following: “No provider or user of an interactive computer service shall be treated as the publisher or speaker of any information provided by another information content provider.”

It means that if Joe Blow posts a defamatory comment on a social-media forum, only Mr. Blow is liable for it—rather than Facebook, Twitter, or whatever company is hosting the forum. Those sites are not traditional publishers. They are platforms that allow you, dear reader, to post whatever uplifting or nonsensical thing that pops into your head.

Some have noted that attempts to remove this law might result in a condition where online sites, which are symbolic representations of communities, might be forced to cease censorship in favor of allowing open user commentary:

Thomas and other critics who want to trim Section 230 protections aim to impose a simplistic binary taxonomy for online service providers: Either you’re a distributor who exercises no control or you’re a publisher if you exercise any control at all. But even Thomas is compelled to acknowledge that “recognizing some overlap between publishers and distributors is not unheard of.” What he doesn’t recognize is that the “overlap” is precisely where distributors like bookstores and newsstands—as well as Facebook, Twitter, and Wikipedia—actually operate.

As with most of these marbles, people end up far from the reality of the situation, which is that before § 230, we used the same law that applied to telecommunications like telephones and modems to regulate the internet, namely common carrier law:

In the United States, a common carrier (or simply “carrier”) is an entity whose business transports people or goods from one place to another for a fee. Even amusement parks may be considered common carriers in some states, such as California. Carriers may be held liable for the injuries of passengers, but only if the plaintiff can prove negligence.

This naturally extended to censorship-free telecommunications, which made sense when private parties connected using non-permanent methods like phone calls and radio, which are not “published” in the sense of being persistent:

This common law approach, when applied to persistent communications like forums on the internet, actually decreased censorship by making a simple rule:

Prior to the enactment of Section 230, the common law had developed a different paradigm. New York courts took the lead in deciding that an internet platform would bear no liability for illegal content created by its users. This protection from liability, however, did not extend to a platform that moderated user-created content. Instead, only if a platform made no effort to enforce rules of online behavior would it be excused from liability for its users’ illegal content. This created a perverse incentive. To avoid open-ended liability, internet platforms would need to adopt what the New York Supreme Court called the “anything goes” model for user-created content. Adopting and enforcing rules of civil behavior on the platform would automatically expose the platform to unlimited downside risk.

In other words, you can remove illegal stuff, but if you start enforcing arbitrary rules, you are considered to have approved of anything you do not remove, which means you are liable for it.

Naturally, the business enterprises feared this one because they wanted to create safe spaces for normies where no one would encounter something upsetting. They want to be able to remove content, but also not get blamed for what they do not remove.

However, now we see another dimension of the issue, which is that with this rule, online platforms become the abusive users and remove content they disagree with, which quickly creates a situation where speech is squashed, the opposite intent of the rule.

Again humanity shows a confusion between symbol and reality. Online communities, while represented as symbols, form “spaces” or areas like public spaces, which past law has recognized that if large enough, are subject to free speech protections.

Under this rule, Twitter could no longer censor users for political opinions, but could continue to remove legal incitement, child pornography, doxing, and other blights of the internet domain.

CDA § 230 has turned the internet into a wasteland of walled gardens where petty tyrants live out their Utopian dreams by enjoying destroying the speech, and thus work of users put into their communities, in order to feel a self-aggrandizing megalomania.

Reversing this horrible law, and going back to common carrier status, will not endanger speech as all the white marbles are telling you; the red marble points out that instead, it will make the internet a community again.

Liberal Democracy Enters its Endgame as Trump Rises | Will Amerika be Ripe for a Butlerian Jihad?