Why You Should Never Give an Online Service Your Phone Number

We knew it would happen: Twitter has re-banned me. Their new clever form of banning is to lock you out until you provide a phone number. Like Truth Social, Twitter has built its system on the presumption that forcing people to be public about their identity prevents abuse.

In reality, just as with drugs and gun control, the bad guys just steal or borrow identities. Half of the criminals in America are renting apartments in the names of their girlfriends or mothers. This is just a fact of life, and it shows us why the “shame culture” that America has imported from Asia is not working so well.

They never tell you what gets you the ban, but my guess is that it is this message in which I opined that not all pedophiles were LGBT, therefore the term “groomer” was not “homophobia.”

Having been banned from Truth Social for similar comments and using a similar method, I can only point out that I have maintained accounts on forums and free speech social media for years without an issue.

Big sites like Twitter rely on user-reported complaints to identify “bad” accounts. This means that whoever assembles twenty people who will mash that button at the same time have complete control over censorship on that site. Since you can only get $8/hour morons to work that job, bans become commonplace at that point.

“Accountability” is not the solution here. When you do this: 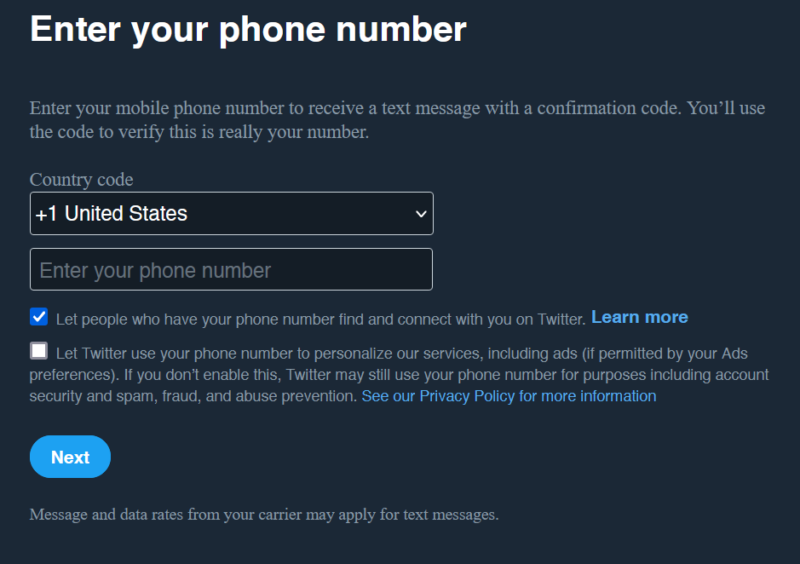 All you do is lock out the interesting people. Some of them are doing illegal stuff, true, but the solution there is to track their access. If they use Tor, you may have to find them via other means, which sort of restricts you to big stuff like hacks, child pornography, and national security threats.

That means that the methods being employed now are not going to work against what Twitter wants to filter out, which presumably would be illegal activity. Otherwise, words do not hurt people, at least in societies that are not busy self-destructing. Mature people accept differences of opinion and move on.

However, companies are comprised of individuals. Those individuals want to advance their careers. That means optics, or going after small non-problems (complaints about criticism of pedophiles) rather than big problems (pedophiles, spammers, and scammers).

In the meantime, there are good solid reasons to avoid “accountability.” The first is that the same idiots who are going after small non-problems are also unreliable, and may leak the information. The second is that sites get hacked all the time because they are run by sloppy day jobbers. The third is that governments love accountability:

For the investigation, the FBI used search warrants directed at various companies such as Amazon and Google. This showed that the personal information of Anton Napolsky could be linked to Z-Library email addresses and domains in several instances.

Just like the clowns who work at private companies, the clowns at government would rather go after small obvious targets than big difficult ones. Ebook piracy thrives on torrents and chat networks like Discord. Z-lib on the other hand appealed mostly to fanatical readers who are building up information archives.

When publishers are protected by overzealous government, they will continue to demand absurd sums for these books, essentially forcing those who want big libraries to take extra-legal means. When publishers are not, they compete against the pirates, and then lower their prices to realistic levels.

In the broader view, however, this means that you cannot enter your phone number into any site without making it effectively publich information. Instead of providing “accountability,” this provides paranoia. It also fails to do anything about the problem of actual abuse on these sites.

As the years go by, it becomes clear that Silicon Valley have been nothing but bunglers the whole time. This creates a void in which humanity has been cut off from necessary dialogue by the intersection between politics, profit motive, and the careerism of unexceptional employees.