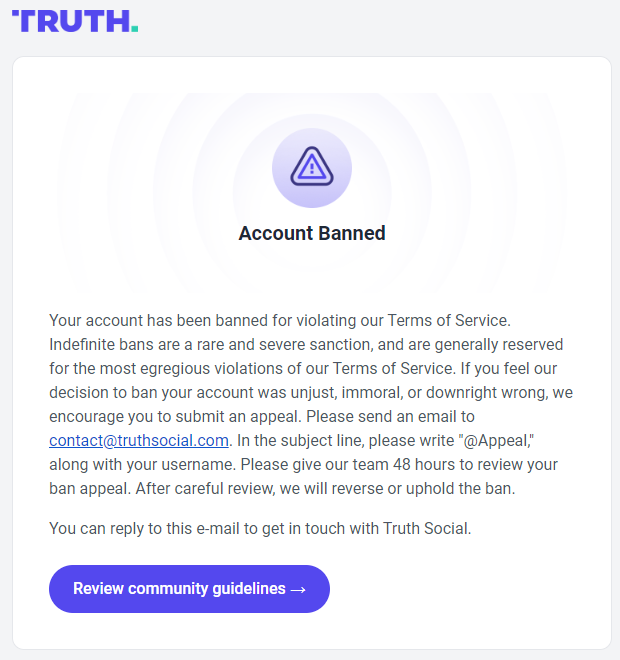 Suspicions were proved correct recently when Truth Social, following the behavior of entities like Facebook and Twitter, banned me and offered a nebulous appeal process (which was ignored) and refused to identify the offending content, none of which was against their rules.

At some point, every big social media site relies on censors who are usually people who could not get any other job, therefore do a sloppy job and are motivated by revenge. Trump’s team should have seen that one coming after the last decade of struggles at big social media sites, but joined the herd instead of going their own way.

If you want a solid argument for redecentralizing the net, it can be found in this failure of Donald Trump’s “free speech” platform: any large site with an image to uphold will turn into a censor out of fear of what might be there, instead of focusing on building a community where people feel relaxed.

The only real solution is to return to self-hosting our own content and interacting between sites as appropriate, ideally outside of the watchful eye of search engines, which are already mostly useless because they have become interactive catalogs.

It did not take long for big corporations and, more importantly, the people they employ, to ruin the internet as it was. As legacy social media slowly dies in the latest Dot-Com bust, it is sad that Truth Social has chosen to join them, but liberating to escape to greener pastures.