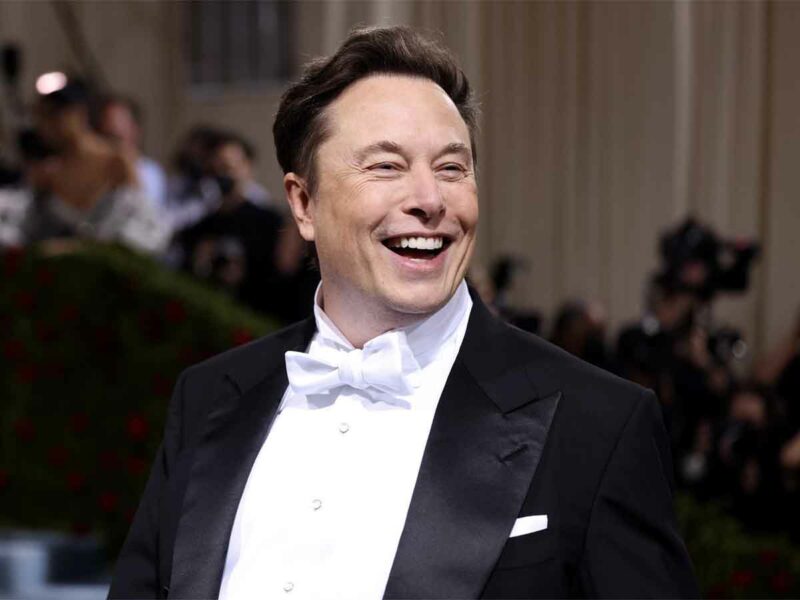 Although Elon Musk has recaptured Twitter for everyone other than dogmatic Leftists, the biggest change he has made consists of the knowledge that the subsidy years are over. Social media funneled money into anyone who was diverse and Leftist enough to make connections inside the system and get hired to do nothing.

By dropping at least three-quarters of the Twitter staff, Elon has signaled the return of normal business logic to an industry that basically functioned like Communism, siphoning money from business in order to redistribute among an Inner Party of Democrat loyalists, most of whom were diverse.

As the world watches Twitter with only a handful of staff not only keep operating, but improve performance and bring in higher traffic than ever before, the business case has been made: trying to pander to the “new hippies” (diversity, emo, H-1Bs, luvvies) does not work. It just seemed to work while the industry was new and flush with cash.

He revealed what people are increasingly seeing: the “official” way of doing things in democracy is based upon optics like democracy itself, therefore it is mostly fake. Twitter faked its numbers, sold ads to bots, and made a ton of excess money that it paid to people who did nothing essential at the service. It was a subsidy program for Leftists and their allies.

This in turn makes us see that what we have known as “Reality” now is fake. It is failing and that has revealed its inner fakeness. This is not a simulacra or something of a fully paranoid nature, but simply what Nietzsche observed: In individuals, insanity is rare; but in groups, parties, nations and epochs, it is the rule.

Musk showed administrative acumen by managing an inverse purge. Instead of directly removing the people he needed to be gone, he induced them to leave by posturing. This caused an exodus of the affirmative action and political loyalty hires at Twitter, as well as a mass flight of users to Mastodon.

(Mastodon is one type of software that manages the Fediverse, a decentralized system of nodes communicating using the ActivityPub protocol. To experience this or sign up for an account, head over to a node/instance that supports free speech, Free Speech Extremist.)

The flight of goodthinkers, luvvies, and Useful Idiots illustrates something dramatic: these people are denialists who reject any mention of the decline of Western Civilization and instead embrace the methods that are bringing about our end. They are abuse victims clinging to continued abuse instead of looking to change the situation.

In addition, Twitter has thrived in their absence. It turns out that without the mutually-enforced groupthink, conversation prospers on many topics, most entirely unrelated to politics. When free speech has consequences, people stop thinking and speaking and become compliant, allowing the Regime to appear to be unopposed.

We have seen this phenomenon many times as a form of self-censorship that allows the illusion of consensus to take over, creating a group of official stewards and promoters of that false consensus who then become abusive:

Nearly half of Britain’s young people are too frightened of being ostracised to challenge beliefs in ‘white privilege’, a poll shows.

It reveals that 59 per cent of school leavers have been taught ‘critical race theory’ – the premise by American academics that racism shapes Western life and white people enjoy advantages because of their colour.

But 40 per cent of the 18-20-year-olds taught about ‘white privilege’ and similar concepts said they were afraid of being outed for their beliefs if they disagreed.

This comports exactly with what Robert Putnam’s research suggests, which is that pluralism produces alienation by reducing any culture held in common, effectively causing people to withdraw from society:

In his findings, Putnam writes that those in more diverse communities tend to “distrust their neighbors, regardless of the color of their skin, to withdraw even from close friends, to expect the worst from their community and its leaders, to volunteer less, give less to charity and work on community projects less often, to register to vote less, to agitate for social reform more but have less faith that they can actually make a difference, and to huddle unhappily in front of the television.”

“People living in ethnically diverse settings appear to ‘hunker down’ — that is, to pull in like a turtle,” Putnam writes.

Ironically, this drives their socialization online, creating situations where people gauge their viewpoints and behaviors based on the false consensus of the group that is overrepresented online, leading to a replacement for culture formed of the court of public opinion:

Eight-in-ten teens say that what they see on social media makes them feel more connected to what’s going on in their friends’ lives, while 71% say it makes them feel like they have a place where they can show their creative side. And 67% say these platforms make them feel as if they have people who can support them through tough times. A smaller share – though still a majority – say the same for feeling more accepted.

Indeed, 38% of teens say they feel overwhelmed by all the drama they see on social media, while about three-in-ten say these platforms have made them feel like their friends are leaving them out of things (31%) or have felt pressure to post content that will get lots of likes or comments (29%). Another 23% say these platforms make them feel worse about their own life.

In other words, social media encourages people to post aspects of their private lives for public approval like an abused child showing his actions to an abuser in order to get the nod of acceptance. This Stockholm Syndrome type behavior leads to making people feel worse in the absence of the culture erased by diversity.

People in the grips of such activity self-isolate in a group that defends their interests and behaviors. Over time, this produces The MySpace Cycle where a large group of entertainment-oriented users comes in, forms a walled garden, polices their echo chamber, and defends their hugbox to the point of excluding all new voices, at which point the clique dies from repetition.

We might see this as a metaphor for the West. Leftism rationalizes decline as progress; by excluding everyone who does not toe the Leftist line, we have enforced denialism and excluded any alternatives, causing a decay and death by repetition.

This resembles the behavior of narcissists who “poison” any idea other than what they want with objections so that they manipulate others into doing what they want, which is what we would expect for a system based on individualism or a philosophy of narcissism enforced by peer pressure as “good.”

Denialists who embrace narcissism have already begun to work their decay on the Fediverse. They have established a system replicating the blue checkmarks which marked the Inner Party elite on Old Twitter by denoting official journalists, providing more fodder for the argument that regulatory capture by government transformed the media into a propaganda organ.

On Twitter, this group had a ready audience for their status signaling. They did not need to come up with new ideas or change their thinking, only develop clever novel ways of pounding out the same theme of equality versus the naturally talented. Their new audience is faltering because too many options exist on both Twitter and Mastodon.

This follows what we know of online history. Long ago on USENET, a group of users banded together to use “killfiles” to censor other users that they felt were interrupting the hugbox. This backfired:

One of the biggest benefits of Usenet is that it’s a decentralized network, and no single authority runs it, which means that no one can stop you from access the platform. The biggest problem with modern platforms is that they are moderated by the central authority with tons of rules, and if you violate them, they can ban you from accessing their platform.

Decentralized networks allow options to whatever the dominant paradigm of engineered consensus seems to be, so only those who filter out the others end up in the hugbox which promptly dies from repetition since it lacks an audience other than those repeating the dogma.

With Musk taking over Twitter, he broke the back of the bully clique and allowed competing ideas to emerge, which has caused the platform to become more relaxed and grow again. In the same way, the USENET killfile clique died out because soon they were only talking to themselves and became stiff, calcified, and reactive.

USENET died shortly thereafter for a simple reason: it was hard, or at least harder to get started using than the AOL chatrooms and later, social media. When the smartphone came, it was as easy as buying a phone and loading an app to get on these sites and quality correspondingly decline.

In the West, similarly, now that we have made it easy to be here we are drowing in useless people both domestic and foreign. To live in old Europe or America, you had to be part pioneer and able to demonstrate some sort of utility. Now you need a job, most of which are do-nothing, and a credit card.

When people defer to a system, they form an abusive narcissistic relationship with it. They accept its commands and solicit its approval, but also blame it for anything that goes wrong in their lives since now it runs their lives. This unhealthy codependency relationship mirrors how people treat Big Government as Big Daddy and Big Nanny.

The weak link is voters/users. If given a choice, they want things to be simpler for them. By doing this over time, they gradually make those things into the same dysfunction we see in public restrooms, namely that a few people by being abusive exert control over a space that in theory is shared by all.

Musk has broken this cycle not for ideological reasons, but common business sense. Twitter was declining in relevance as the “journalists” and entertainment audience took over, and he has now opened up the franchise to everyone else and made it more relaxed. Now Twitter could be a public square or town hall type site again.

This means that the odd Silicon Valley bubble, where investors and government kept afloat an entire industry in order to make national statistics look good, and the industry faked its own statistics in order to keep value high while hiring the voices that would keep it relevant, has collapsed.

Look for this to expand elsewhere. The Twitter employee holocaust was much like the government shutdowns, a notification that without all of these parasites, life not only goes on, but improves! Affirmative action is on the chopping block by the courts, perhaps, but Twitter showed us the benefits of removing it in reality.