Why universal basic income signals the end of diversity 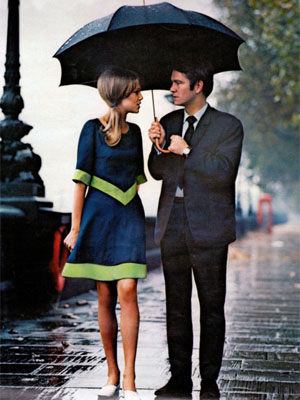 Switzerland is currently grappling with the issue of adopting a universal basic income, or a guarantee of $2500 a month per citizen whether working or not. Advocates claim this will reduce inequality, crime, and produce rainbows on every street corner.

While no one is fooled as to why the audience likes this — they like it for the same reason they like Communism and Socialism, which is that free stuff provided by the collective means they’re less accountable to anything but their own whims — the interesting question is why economists like it. In short, we have too many people working, and we need to find some way to furlough some of them.

Enlightened traditionalists will point out that tradition gave us several brilliant options for this need, the leading strain of which is to furlough women by making them full-time leaders of the home. Further, by having values outside the workplace, traditional societies created multiple roles that weren’t jobs, from religious staff to cultural and intellectual guardians.

The modern economy being what it is in the age of machines, economists reason, we have improved our productivity by tenfold at least. Why, then, do we have so many people working? And more importantly, is having so many people working clogging up the system with layers of semi-accountable peons?

It’s common sense that offices tend to be driven by the acts of a few people who may or may not have titles saying the same. As a matter of logic, the fewer people involved in making a decision, the more responsive it will be; this is the opposite of “committee logic” whereby the more people who can be included, the better, and the result is a creeping calcification and cowardice.

But let’s roll the dice and look into this future where there are fewer workers. Supposing we sent home the lowest-performing 60% of the workforce, and let the rest be more efficient, collaborative, interactive and all those good buzzwords. This would furlough a huge number of people on universal income.

In addition to swelling the rolls of the internet with more crazy people who should never have been in offices anyway, this act will force some hard decisions on who is a member of the community. It doesn’t play well with open borders. For example, if Switzerland offered UBI to every citizen of the world, the tiny Alpine country would soon have a population of five billion people looking for that handout.

If the history of welfare and socialism in the West has taught us anything, it’s that if you offer a benefit, people show up to claim it. They are not particularly concerned with whether this is logical or not. They know they’d like it and you’re handing it out, so they take it at face value and sign up for those bennies.

Thus the hidden conversation behind the debate over UBI is border control and thus, citizenship control. Who is in the tribe? If we’re going to hand out income, and those of us who work are going to have to pretend we’re cool with that, we should at least make sure it goes to our people.

And thus an old debate intensifies. During the nation-state era (1789-2009) it was considered a good thing to import anyone you could, because these people provided financial benefit. The hallmark of the nation-state era was monetarism, or the idea that you could control people with the flow of money. Immigration offered both workers and customers and so, the “wisdom” went, it meant your stake in the corporation of the nation-state went up.

Some painful learning years later, we know that’s not the case at all, and what immigration does is create social chaos, political division and a permanent welfare state. By separating welfare from need, UBI forces a single basic question. Instead of “Is this person suffering?” it’s “Is this person one of us?”

Because of that distinction, UBI will introduce the question of who you want around you. After all, you’re paying for it, and not out of some obligation from the past, such as guilt for colonialism or class warfare (“inequality”). There will be no inequality. There is only the question of who you sponsor, which tends to be answered with “people like me.”

Tribalism returns when we stop with the errand of pity and embark instead on the practical task of cleaning up from the great liberal democracy party of the late 20th century, and rebuilding civilization. UBI is one attempt to duck the hangover, but as with all sweeping changes, it will introduce a new debate, and one that will shake our basic assumptions about citizenship and obligation.