Why The Left Hates Israel 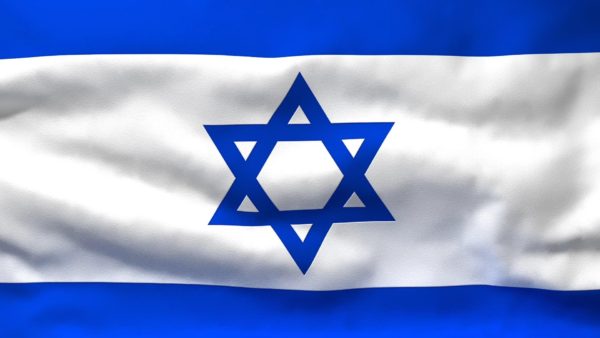 Leftists hate culture because it competes with Leftism for what gets to be the central goal of civilization. Nowhere can this be seen more clearly than in Soviet treatment of Israel, which parallels how Western Leftists treat white self-interest and Western Civilization:

The Soviets soured on Israel for three reasons. First, Israelâ€™s first prime minister, David Ben-Gurion, decided to side with the US against the USSR in the Cold War despite the State Departmentâ€™s hostility toward Israel.

Second, Ben-Gurion moved to purge Communists from the IDF and other power centers immediately after the War of Independence.

Finally, the Soviets soured on Israel because the birth of Israel awoke the yearnings of the Jews of the Soviet Union.

Those who want nationalism recognize that Communists will always corrupt it. They do so because for them, ideology is job one, and everything is secondary. So if Israel exists, it is a means to the end of World Communism (or Democrats, or whatever they are calling themselves these days).

In this way, Nationalism (or any other strong, organic belief) and Leftism are eternal enemies. They simply cannot get along because for each to achieve any of its goals is to refute the groundwork on which the other is based.

Subject: Why I am not a Green Party member
From: Brett Stevens

Like many people in our world, I identify environmental damage as my biggest concern. However, when I went to the Green Party website, I saw your “four pillars”:

I find this disturbing because I am only interested in point #2 (ecology) and see no need for loading in a political agenda from one of the two major parties alongside of it.

If you advocate for ecology, that is all you must do, but you might want to think that it can co-exist with other values and lifestyles outside the Leftist agenda based one you seem to desire to impose upon us.

I feel like I am looking at the “Watermelon Party”: green on the outside, Red on the inside.

Where do I go to find a party that simply seeks ecology, without importing the two-party system through adopting the polarizing platform of one of those parties?

This is the Leftist way: for them, ideology is the path to Utopia, and so it is the ultimate good. That recognition causes them to sort everything else on earth and in the heavens into two categories: (a) that which can be means to the end of advancing ideology, and (b) that which cannot, and therefore is an enemy.

To Leftists, lying and denying reality are not just acceptable but desired because they advance the ideology and subdue reality in order to do so. That makes the individualists/solipsists who want “equality” — translation: I do whatever I want and you must still accept me and bear the cost — feel powerful, because the threat of being wrong about how reality works is no longer on the table.

The more you look into Leftist psychology, it becomes clear why the Green Party requires three Communist planks of its platform for every Green one, and why the Soviets (and modern Democrats) reject Israel. They hate anything natural, true, real and honest because it competes for attention with their ideology!

Like Israel, Western Civilization is Nationalistic and organic, and cannot coexistence with Leftism. We either end it, or it ends us, and then history will judge us as weak for having been unable to throw out the reality-deniers.