Why The Left Adores Pacifism 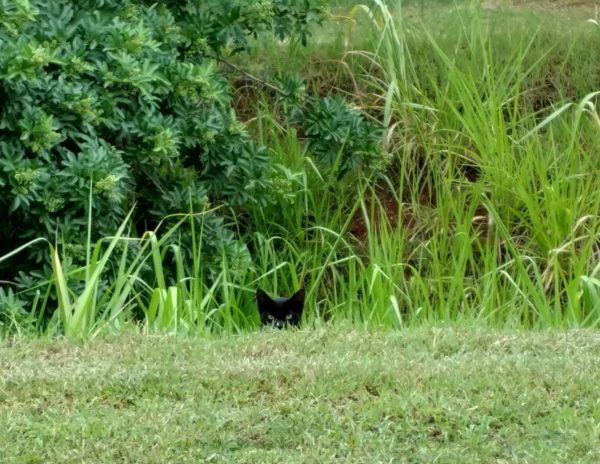 Robert Stacy McCain observes the loser psychology of the Left:

Feminists refuse to confront the reality that there are evil forces in the world which wish us harm.

…Feminists can denounce the president as a â€œfascist,â€ and suffer no harm, but what would become of these fools if America was not protected by brave troops obedient to our Commander in Chief?

The Left makes zero sense until you understand them as individualists. They want to be free from any risk in decision-making, of the Darwinian kind including a loss of social status, while they are still able to enjoy the benefits of society, and are empowered to game the system by being able to make public, symbolic gestures of goodness that obscure the moral level of their other acts.

They hide this philosophy in egalitarianism because the plural of “I can do anything I want” is “we can do anything we want” and this type of collectivized individualism compels all of the members of the gang to defend each other, and so is the most effective method of building a cult-like revolutionary movement within a thriving society.

It makes sense to note this: Leftists do not create civilizations; they attach to them, or rise up within them, and then act as all parasites do. They siphon off nutrition and as they get more numerous, clog the internal motion necessary for homeostasis and gradually weaken and then kill the civilization. Leftists want you to see them as independent; a better comparison is the mosquito or cholera.

The thing about parasites is that if the host dies, all they need is another host nearby. For this reason, it is important for Leftists to encourage the host civilization to embark on any wars it cannot win. Once it is conquered, the Leftists will be there to collaborate with the enemy in exchange for a position in the enemy where they can continue their parasitism.

One reason that theories about The Rich™, The Masons™ or The Jews™ taking over our civilization are silly is that these theories are designed to conceal the actual parasite, which is the Leftist. Maybe the others are also parasites… evidence suggests they are varied, like any other human group. But what they do pales in comparison to the damage Leftism does.

A parasite needs to be like a good snake oil salesman or celebrity. It must constantly draw attention to itself in a way that displays its moral goodness through symbolic acts, because these are a cover for its immoral acts like parasitism itself. Think of it like a businessman: it is more efficient to give 10% a year than spend 20% of every deal ensuring it is ethical and constructive.

This “virtue signaling” is the hallmark of the Leftist and shows us that their ideology is not a philosophy but a pathology. They have zero interest in whether their words are true; what matters is — like the salesman, again — how their words are perceived by others in terms of making the Leftist look good.

If you wonder why Leftist politicians can approve obviously insane and non-working policies and laws, here is your answer. They do not care whether the policy works; in fact, it serves them better if it does not, and creates more social chaos which in turn engenders more unhappy, neurotic and rootless people that can be recruited into the Leftist gang.

Pacifism appeals to the Left because it is part of their stable of “reality is not reality” thinking. Leftists realize they do not have to be radical innovators in order to look like profound inventors, which they do by acting out the script of an inventor.

The inventor is remember by the group for having essentially said “reality is not reality” in a specific area; the way everyone was thinking about a problem was wrong, and some guy beat it, so it turns out that what most people think of reality is not reality… in that specific area. Leftists want this power more generally, and so they act out the script of claiming most people are wrong in order to appear to be radical innovators.

Conventional knowledge, common sense, logical fact and history hold that the best way to achieve peace is to have a deterrent to aggression. If you can cost the enemy more than he can likely gain, and create uncertainty that he can win, then you are as safe from him as you can be. If you declare pacifism, he will roll in and conquer you, at which point the parasites transfer to him.

Conquerors like the Romans and Genghis Khan experienced this in their own adventures. Whenever they conquered a state or city, there were people there waiting to be of service to the new regime. These people had been highly powerful before and so, it stood to reason, they were competent. Instead they were often parasites, which increased the viral load for Rome while healing some of its territories.

The “reality is not reality” approach of the Leftist recognizes the truth of the need for a military. In fact, if Leftists consistently oppose something, it is a good idea to reconsider it as it usually will be something good. Leftists want to virtue signal their independence from need and their moral supremacy, and humans — especially women — respond to pacifism as if it were good.

In reality, this “good” is just rationalization of a problem to the point of explaining it away. No hippie ever had a good answer for what would happen if the Soviets charged through the American heartland. But, a good salesman makes people feel better by explaining away actual problems so that instead the victims of his con focus on what he wants them to see, which is his virtue.

Feminism — entirely a subset of Leftism — opposes the military because it wants to weaken the nation around it and conquer that nation for its own purposes. Like any other viral thought, feminism “seems” intelligent, good, moral, etc. but turns out to be a deception. Its pacifism is a ruse to the end of that deception, and can safely be considered insane like the rest of feminism.

We Are What You Fear | Divorce Creates Intense Solipsism