Why ours is a fallen world 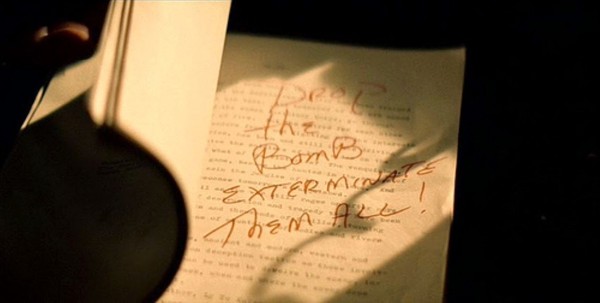 Like obsessive lovers, those of us who live in the modern West dedicate most of our time to not noticing the imperfections while being swept up in the vision — a type of waking dream — of the life we live. We have now accepted and pushed to the background the knowledge that all of our politicians lie, everything the media does is salesmanship, and that even our neighbors tell untruths when convenient. We will do or say anything to avoid thinking that we should change course. Like a lover addicted to his vision even as it crumbles around him, we accept a world of mostly lies and nonsense in order to keep thinking we can just cruise forward to greatness.

Even more, we are intensely aware of the futility of any action. Any intelligent idea immediately creates a market for a simple excuse why that intelligent idea is not necessary. Any truthful politician, honest businessman, or even forthright member of a social group is quickly replaced by someone who will tell the necessary lie. All serves the goal: do not notice the cracks in the foundation, accept the Narrative that ours is the best of all possibilities, and keep slaving away to patch it together for one more day so this transaction can go through.

This is what the empire of the West — lands of dreamers, writers, warriors, kings, aristocrats, philosophers and theologians — has been reduced to. What did this? The belief that individual opinions, en masse, constitute a civilization, instead of the conventional wisdom that we require not just leaders, but thought-leaders like priests and artists, of the highest caliber. We are the headless mob that chases its own pipe dreams, makes its own heroes and creates its own versions of once-great things. Where our ancestors had heroes, we have celebrities; where they had aristocrats, we have entertainers; where they had social order, we have shopping.

Every few years someone else becomes a Hero of the People’s Republic for inventing something “new” enough to distract us from the yawning void. SUVs, tamagotchis, smart phones, the internet, reality television… all of these things contribute to the Narrative that the modern West is in fact the best place to live. There may be truth to it in that the rest of humanity is even more incompetent, but as the old saying goes, “You’re either heading up, or going down,” and we are clearly not heading upward. Rather, we are a mob drugged on its own self-importance by ideology, drunk on the wealth handed to it by former eras, and pretentious with its media power, but we have not noticed the one vital thread running through all of this: we are very bored.

In fact, it is that boredom — a symptom of lack of purpose or real connection to anything beyond oneself — that sends up the red flags soonest in a fallen world. People are going through the motions, with a tense mania for repetition, but are clearly not getting what they need from these activities because they repeat them again and again. Like people clicking on internet sites obsessively, searching for some enlightenment they have not found, or drunks slugging down more of the poison of preference, hoping that this intoxication will bring them the bright spaces of hope they desire.

Our people no longer expect good things from society. They treat it like an abusive uncle, as someone who must be kept at bay and satisfied with small doses of compliance as a means to maintaining some independence. We hate each other and ourselves because whenever someone does escape, another person will show up to bring them down, gaining social accolades in the process. We know that only lies succeed, and deception makes fame, so to succeed in anything is to become what we hate. No escape means no honesty.

Despite our human tendency to not acknowledge it, an iron law exists for civilizations: the more powerful they become, the more likely they are to turn self-referential and start chasing their own tails. In the Soviet Union, the tail was an official narrative from government; in the United States, it is a media concoction of pleasant lies and an illusion about what consumers want. Civilization becomes circular when it turns its goal inward, and pursues satisfying other people’s need for distraction instead of conquering the problems from which they need distracting.

The beginning of the end, for us, was democracy. It trained us to be vapid, waiting for other people to present us the question to vote on, and to be irresponsible, blaming “the voters” (as if we were not among them) for whatever outcome and scapegoating the politicians, TV preachers and advertisers who showed up to take advantage of the bonanaza of that much concentrated incompetence in any one place. The act of voting replaced our engagement with the world, so we became like bitchy consumers, always dissatisfied with the product but yet constantly coming back for more.

Now we have a world which is fallen, and every iota of its strength dedicated to denial of that fact. The taboos against racism, noticing Chinese aggression, inequality, and other social fears all originate in the crime of noticing that the West is failing. The first person to point out that the Emperor has no new clothes will be the downfall of all, so we have all become Stockholm Syndrome complicit in smashing down anyone who ventures down that path. I suggest the most useful, and most powerful, thing we can do now is to say it loud and clear: this is a dying empire and it could easily be saved by simply removing democracy.

When warriors become meek | We are the rebellion